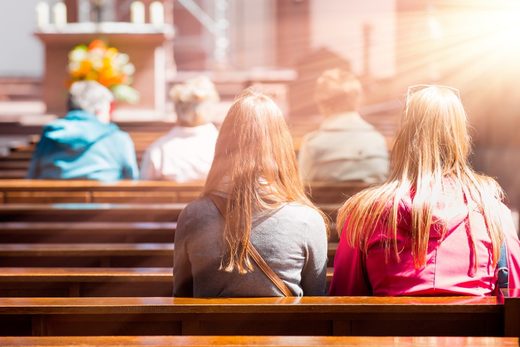 © muratart/Shutterstock
Both believers and nonbelievers tend to think atheists are less moral.
Even people who don't believe in God judge other nonbelievers as less moral than religious types, new research finds.

The study showed that in 13 very different countries, people were more likely to think that a serial killer must be an atheist rather than a believer. These findings persisted even in highly secular countries such as Finland and China; they were also true even for people who reported zero belief in God.

"Even as secularism reduces overt religiosity in many places, religion has apparently still left a deep and abiding mark on human moral intuitions," study researcher Will Gervais, a psychologist at the University of Kentucky, wrote with his colleagues Aug. 7 in the journal Nature Human Behaviour.

Though there's no precise count of the number of atheists worldwide, the group of nonbelievers seems to be growing. In the United States, about 3 percent of adults call themselves atheist, and 4 percent say they're agnostic, according to a 2014 Pew survey. Those numbers were up from 1.6 percent and 2.4 percent, respectively, in 2007. (Nearly 16 percent of American adults also said that they were "nothing in particular" with regard to religion as of 2014 but did not explicitly disavow belief in God.) However, because there is a social stigma against atheism, some researchers think that atheists are undercounted. A 2017 study that asked the question more indirectly - by having participants count statements that were true about them, including some statements about religious belief - estimated that about 26 percent of Americans are nonbelievers. In 2016, an annual survey in Norway found that 39 percent of the population identified as atheist - more than the 37 percent who said they were religious.

Still, atheists get a bad rap compared with most other groups. In 2017, Pew asked people to rate their warmth toward various religious groups on a scale of zero to 100. The results placed atheists at 50, making them the least-liked group other than Muslims, who came in at 48. (For comparison, Jews were the most-liked group, with a rating of 67 on the 100-point scale.) One 2015 study found that in people's minds, atheism is linked with thoughts of death, perhaps because of atheists' implied lack of belief in the afterlife.

It might seem natural that religious people would resent atheists, but atheists should feel good about themselves ... right? That wasn't the case, according to the new study.

The researchers didn't ask people directly for their views on atheists, because they were ...REST OF IT