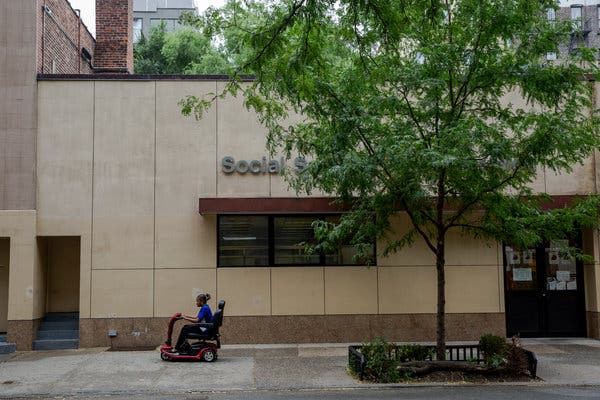 
In its budget request to Congress last year, Social Security said it would study whether to expand the use of social media networks in disability determinations, partly to help identify fraud.

The Trump administration has been quietly working on a proposal to use social media like Facebook and Twitter to help identify people who claim Social Security disability benefits without actually being disabled. If, for example, a person claimed benefits because of a back injury but was shown playing golf in a photograph posted on Facebook, that could be used as evidence that the injury was not disabling.

“There is a little bitty chance that Social Security may be snooping on your Facebook or your Twitter account,” Robert A. Crowe, a lawyer from St. Louis who has represented Social Security disability claimants for more than 40 years, said he cautioned new clients. “You don’t want anything on there that shows you out playing Frisbee.”

In its budget request to Congress last year, Social Security said it would study whether to expand the use of social media networks in disability determinations as a way to “increase program integrity and expedite the identification of fraud.”


Since then, administration officials said, the White House has been actively working with Social Security to flesh out the proposal, in the belief that social media could be a treasure trove of information about people who are applying for or receiving disability benefits.

Some members of Congress, like Senator James Lankford, Republican of Oklahoma, and some conservative organizations, like the Heritage Foundation in Washington, have supported the idea as part of a broader effort to prevent the payment of disability benefits to people who are able to work.

But advocates for people with disabilities say the use of social media in this way would be dangerous because photos posted there do not always provide reliable evidence of a person’s current condition.

“It may be difficult to tell when a photograph was taken,” said Lisa D. Ekman, a lawyer who is the chairwoman of the Consortium for Citizens with Disabilities, a coalition of advocacy groups. “Just because someone posted a photograph of them golfing or going fishing in February of 2019 does not mean that the activity occurred in 2019.”

Moreover, people are more likely to post pictures of themselves when they are happy and healthy than when they are in a wheelchair or a hospital bed.

President Trump is expected to detail several proposals to combat fraud in the program in his 2020 budget, to be issued on Monday.

Before he was an official presidential candidate, Mr. Trump said he would not cut Social Security.


I was the first & only potential GOP candidate to state there will be no cuts to Social Security, Medicare & Medicaid. Huckabee copied me.

When he announced his candidacy in June 2015, Mr. Trump maintained that position: “Save Medicare, Medicaid and Social Security without cuts. Have to do it. Get rid of the fraud. Get rid of the waste and abuse, but save it.”

But his budgets in the last two years have proposed reductions in the disability insurance program, which has been part of Social Security since 1956.

The president’s budget director, Mick Mulvaney, who is now also the acting White House chief of staff, has suggested that Mr. Trump’s campaign commitment does not cover disability benefits.

“Do you really think that Social Security disability insurance is part of what people think of when they think of Social Security?” Mr. Mulvaney asked on CBS’s “Face the Nation” in 2017. “I don’t think so. It’s the fastest growing program. It was — it grew tremendously under President Obama. It’s a very wasteful program, and we want to try and fix that.”


A spotlight on the people reshaping our politics. A conversation with voters across the country. And a guiding hand through the endless news cycle, telling you what you really need to know.


Brian C. Blase, a special assistant to the president for economic policy, has been coordinating development of the new proposals on Social Security. In 2014, Mr. Blase provided the staff work for a subcommittee investigation of the disability program led by Mr. Lankford, who was then a member of the House. Soon after he got to the Senate, Mr. Lankford proposed legislation to expand the use of “evidence obtained from publicly available social media.” 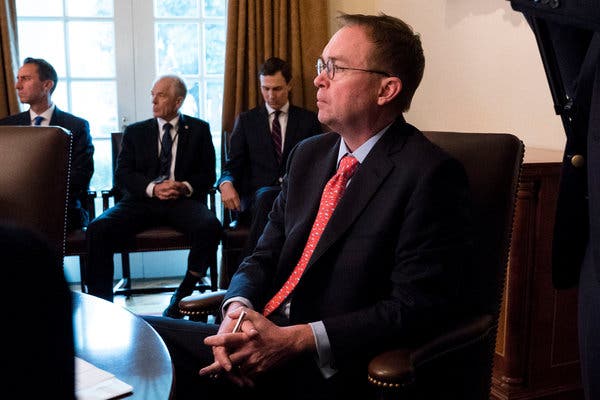 Mick Mulvaney, President Trump’s acting chief of staff and budget director, has suggested that most people do not think of disability insurance as part of Social Security.CreditDoug Mills/The New York Times

At present, disability examiners do not routinely look at ...... REST OF IT

"I remember the asbestos scandal james hardie and their bs and lies until they had to pay out 1.6…"
10 hours ago

cheeki kea commented on Phyllis Maka's blog post BLOODY DORKS INTERFERING WITH SHOPPING CART PAGES ONLINE
"I hope the internet spies do all go to jail soon, the sooner the better. At least with the border…"
11 hours ago