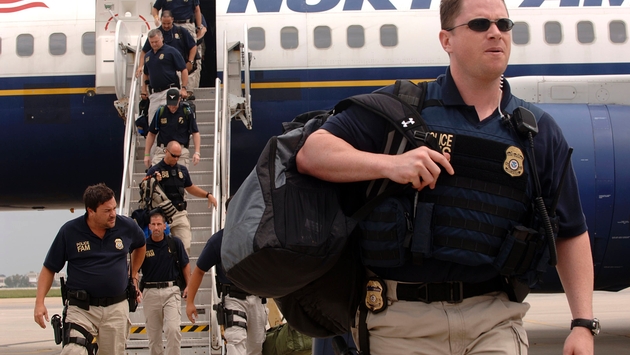 Their job is to protect select U.S. and international commercial flights, but according to documents and interviews, Federal air marshals were secretly removed from their assigned flights to meet for sexual trysts, get better routes, or travel to preferred cities, Reveal from The Center for Investigative Reporting recently reported.

The examination of documents and interviews with current and former employees began as an internal investigation of an ex-lover’s spat featuring allegations of harassment and threats. It ballooned into a criminal investigation focused on the Federal Air Marshal Service dispatch hub in Herndon, Va. Over 60 federal employees are being scrutinized as investigators determine whether flights that risked being hijacked or attacked by terrorists did not have marshals on board, a source keeping tabs on the investigation related to Reveal.

Program specialist Michelle D’Antonio, 48, is the main focus of the investigation. Placed on administrative leave in December 2013 after more than a decade on the job, she was tasked with coordinating delayed, missed or canceled flights and other logistical support, allowing her access to government databases containing sensitive information. But according to current and former employees, she misused this access to look up personnel files, photographs, and flight schedules to target air marshals she might want to meet or even date

"I read that he shot (killed) his grandmother, was running from the Border Patrol, wrecked his truck…"
20 minutes ago

"Not scared of you filthy turd burglers, I just get a queasy feeling like I'm gonna puke is how…"
9 hours ago