Aberaham Lincoln on the Jesuits 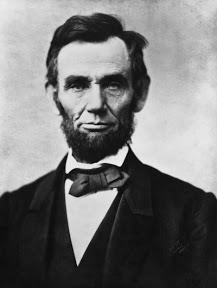 “This war would never have been possible without the sinister influence of the Jesuits. We owe it to popery that we now see our land reddened with the blood of her noblest sons. Though there were great differences of opinion between the South and the North on the question of slavery, neither Jeff Davis nor anyone of the leading men of the Confederacy would have dared to attack the North, had they not relied on the promises of the Jesuits, that, under the mask of Democracy, the money and the arms of the Roman Catholic, even the arms of France were at their disposal, if they would attack us. I pity the priests, the bishops and monks of Rome in the United States, when the people realize that they are, in great part, responsible for the tears and the blood shed in this war. I conceal what I know, on that subject, from the knowledge of the nation; for if the people knew the whole truth, this war would turn into a religious war, and it would at once, take a tenfold more savage and bloody character. It would become merciless as all religious wars are. It would become a war of extermination on both sides. The Protestants of both the North and the South would surely unite to exterminate the priests and the Jesuits, if they could hear what Professor Morse has said to me of the plots made in the very city of Rome to destroy this Republic, and if they could learn how the priests, the nuns, and the monks, which daily land on our shores, under the pretext of preaching their religion, instructing the people in their schools, taking care of the sick in the hospitals, are nothing else but the emissaries of the Pope, of Napoleon, and the other despots of Europe, to undermine our institutions, alienate the hearts of our people from our constitution, and our laws, destroy our schools, and prepare a reign of anarchy here as they have done in Ireland, in Mexico, in Spain, and wherever there are any people who want to be free.”

MAC replied to Don Mashak's discussion Constitutional #Conservatives: Are you sure you want to double-down on the #Republican Party?
"Even fake president are wasteful when it comes to ink pens, goes that make them feel like big shit."
2 hours ago

"Electrical power grid is a strategic part of a country's infrastructure. Sell it outside and…"
2 hours ago

Less Prone commented on Aaron's blog post : Kamala Harris makes first speech as vice president, urges country to ‘see beyond the crisis’
"What a truly sad state of affairs in the white house. The American people deserve better than that…"
3 hours ago

Less Prone commented on Doc Vega's blog post The Existence of God? There is no Question Part 1
"Yes, Christinaity has proven to be a good foundation for the western civilization."
3 hours ago

Twilight Zone commented on Aaron's blog post : Kamala Harris makes first speech as vice president, urges country to ‘see beyond the crisis’
"She's babysitting Joe.  Making sure he signs EOs even as he says he doesn't know…"
3 hours ago

Keisha Ruan commented on Doc Vega's blog post Unexplained Signals Coming from Interstellar Space: Scientists Preparing Data for Public Review
"i had a aneurism reading that whole article but yah sure, why not?  there are for sure things…"
5 hours ago

Keisha Ruan commented on Central Scrutinizer's blog post Here’s The Full List Of Every Lie Joe Biden Has Told As President
"ok so yah truly he is a empty suit.  everyone know it!  its not like you even haf to try…"
5 hours ago

Keisha Ruan commented on Aaron's blog post : Kamala Harris makes first speech as vice president, urges country to ‘see beyond the crisis’
"haha ok well i didnt watch the assignment but i haf to say yah, nah its not looking good for her…"
5 hours ago