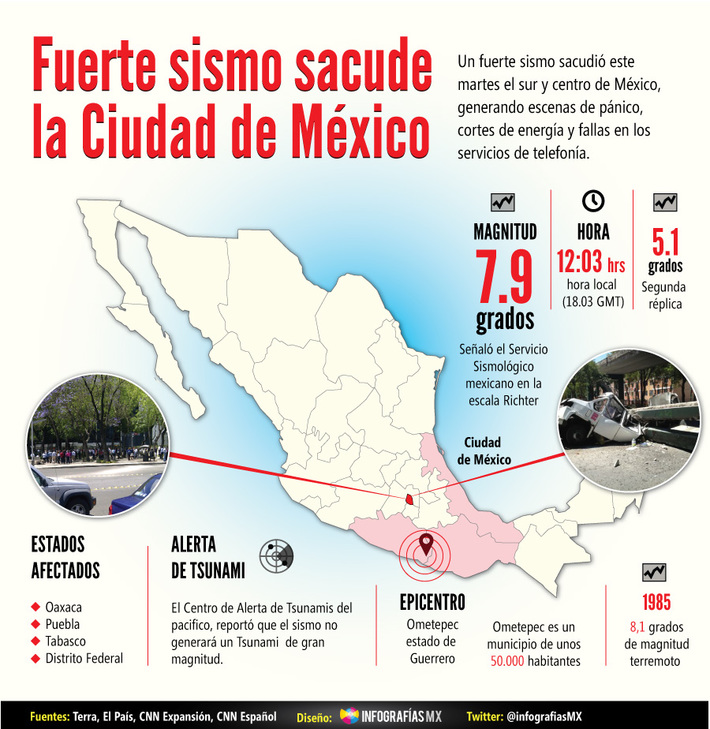 Here we're kind of used to a few jolts: Last 99 earthquakes this month in Mexico

Last night I thought the danmed volcano had blown off though

Mexico City has been hit by a series of power outages after a 5.8-magnitude earthquake struck in the centre of Mexico, with officials saying there was no other damage reported.

The quake struck just after midnight local time (0519:GMT), southwest of the city of Huitzuco, in Guerrero state, according to Mexico's National Seismological Service.

Some restaurants and residential buildings in the capital were evacuated as a precautionary measure.

Buildings shuddered in the city, a witness told the Reuters news agency.

Although the earthquake was felt strongly in the capital, "in the preliminary report, Mexico City was not damaged," Mayor Miguel Angel Mancera wrote on his Twitter feed. Despite being over 12 at night, there were those who took to the streets for fear of the earthquake.

Last 99 earthquakes this month in Mexico

No damages reported ... yet 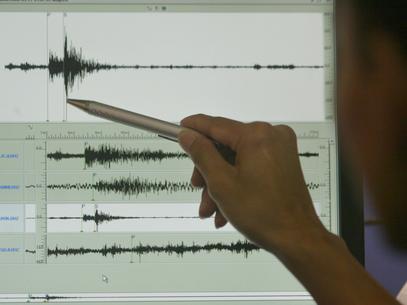 Doc Vega commented on Gary McCurry's blog post Case That Could Overturn 2020 Election To Be Reviewed By Supreme Court
"Gary McCurry yes he is a trator not to mention being a butt pirate! "
6 hours ago

"Strange they'll bring this in after the Queen had passed on. Actually perhaps it's not…"
16 hours ago

The WEF plan for '15 minute cities' is already rolling out to keep you from driving and leaving a certain radius. Now cities in England and launching these n...
17 hours ago
1 Comment 0 Favorites