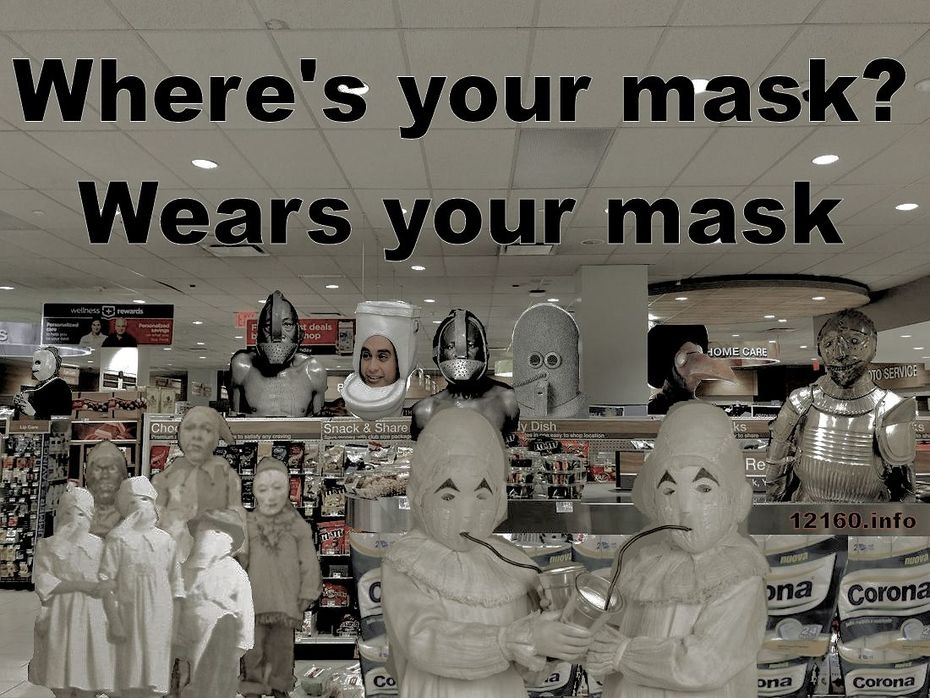 All Stores in another month

Carry your weapon with you in public places, seems to work for me. Here in Low IQ redneckland Va, the sheople are all compliant, hell I saw a single lone person standing at a bus stop wearing a bright pink face diaper yesterday, and yup, the morons are all driving around, alone, sporting face diapers.

I don't have any, won't wear one, never will. I have yet to be hassled by any face diaper Nazi's, closest I've come to one was a college aged bitch working at the ABC store to where she asked me AFTER my purchase if I would like a mask....for next time....Ba-HaHaHaHa.. (btw, guns not allowed)

I politely refused, to where she stated that I was going to need one next time, fore come Monday (this was 2 weeks ago), it was to be a mandatory requirement. I said well I guess your moronic rules are going to make me now go to my moonshiner guy then.

No where else do I get bothered, but then I think the reason behind that is my Rugar SR9c 9mm holstered on my side.... been open carrying since 2016, and these goobers don't quite know what to think of that either.

Here in Alabama the sheeple are wearing their masks and across the river in Georgia the same and a bit worse. I went to a Publix and I was the only one not wearing a mask. Any place that I go that has a sign that wearing masks are required to enter I just ignore it and walk right in and go about my business. Only one place so far actually prevented my entering and that was a Goodwill retail store where I met a mask Nazi at the door. These people do not have a clue.

Consider this as an intelligence report:  I traveled through Iowa, South Dakota,and Nebraska yesterday and what I experienced was a complete rebellion against the masked Marxist propaganda.  So many examples of nonconformist from gas stations to restaurants and bars. NO Masks.  My family had a great meal in SD where no one had a Marxist mask on in a family owned restaurant

"Prancing faggot for sure!"
39 minutes ago