These words, written by Thomas Jefferson are among the greatest words by which mankind has expressed passion and gratitude for the gift humanity: “But when a long train of abuses and usurpations,…Continue

Please indicate why you want to join 12160? (N.B - Your application will be automatically rejected if you answer with less than 12 words and / or provide a noncoherent answer)
Invited -I've been here awhile 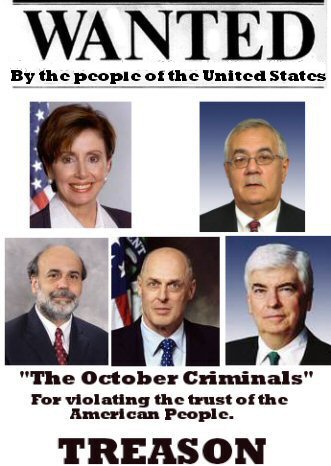 Pak Nam-gi killed by firing squad after currency reform worsened markets, but many see him as a scapegoat

North Korea has executed a senior official blamed for currency reforms that damaged the already ailing economy and potentially affected the succession, a news agency in South Korea reported today.

Dean In Abilene said…
5F, Good Morning & Happy MOONday to you! (Monday AND Full Moon!); we had a nice rainshower last night, I had a good night of rest, and I hope it's as beautiful a day for you as it seems to be for me. Do 4give me if I've been 2 4ward n my thoughts here but it all comes from a good place in my heart, 1soldier2another. Ifudon't ans or utell me buzz off, totally cool! Best wishes 4 a great week 2u & 2 yours! ~GdblesstheUSA!

Dean In Abilene said…
5Fires, if it is possible to withdraw that picture, I wish you would do that, at least for now, and to temper what you say publicly like this, because I am concerned that "they" may come looking for you, and you are too valuable an asset to lose, or for your "tools" to fall into their hands! I am no one of any real importance, but would feel honored if you chose to speak with me sometimes about how you feel, what you would like to do; perhaps we could email privately and not be so public? Let me know. Bcool!

Dean In Abilene said…
5Fires, as a brother I commend you for how you feel, yet also implore you to NOT let these things make you crazy, or do anything rash. I'm glad to see your "preparations" but am also asking you to PLEASE, for YOUR sake, be discrete about showing what you have. We all have these "tools," and the time may come to use them defensively. I feel you desperately need someone to talk with; a "group" of like minded people who can be a sounding board for your thoughts and things you want to do.

Dean In Abilene said…
5Fires, the name here is Dean; I am 56 years old, born in and live in Texas. I too stay as informed as possible, and am every bit as concerned as you about the way things are not just here in Texas, but also throughout these United States, and even the world. You appear to be near to my age, and I am sure that you, just like me, are concerned and maybe even upset about so many changes we see happening in our world, compared to how it used to be when we were pre-21 years old; much good, much not.

Jeff said…
You've been here a very short time. When you have as many posts as I do, and I've deleted over 200, and when you've had most of them featured, it'll be time to open your mouth and speak. Until then, you look foolish.

Everyone here is here for the same reasons and division in the ranks is precisely what the NWO wants. You've helped to provide that, as have I.