NEW YORK (CNNMoney.com) -- The Federal Reserve made $9 trillion in overnight loans to major banks and Wall Street firms during the financial crisis, according to newly revealed data released Wednesday.

The loans were made through a special loan program set up by the Fed in the wake of the Bear Stearns collapse in March 2008 to keep the nation's bond markets trading normally.

The amount of cash being… Continue

President Obama’s proposal of a pay freeze for federal employees is a small step towards curbing government spending. However, a closer look shows there is less to it than meets the eye. In fact, many federal employees will still see their salaries increased.

While Obama’s plan would stop the annual across-the-board cost of living adjustment (COLA) for all federal workers, it will not stop workers from getting raises altogether. The freeze will not affect pay raises for job… Continue

Plainclothes troopers from the Greensburg barracks Wednesday began patrolling Westmoreland Mall and other retail outlets, a crime prevention program that is believed to be a first in the state. The goal is to put a crimp in retail theft and far more serious offenses, including terrorism.

The patrols will continue through the holiday shopping season into the first week or two of January, said state police spokesman Stephen… Continue

25+ Signs That Point to Nuclear War

It’s hard for most people to even think about the possibility of nuclear war. They have completely lost their fear of nuclear war. It can’t happen! Unfortunately, that’s not true, and I’m going to show you why.

How can one possibly know that nuclear war approaches? History provides the clues we’re looking for. Just like history informs us when a forest is susceptible to a major forest fire. The exact timing might be impossible to figure out, but we can know the… Continue

Why the Tester Amendment Does NOT Help Small Food Producers Under S.510

Wednesday, December 1, 2010Why the Tester Amendment Does NOT Help Small Food Producers Under S.510
The Tester "Small Farm" Exemption to S.510 Exposed as a Scam: Part 1

Some of our readers and others have requested that we reference specific sections of the Tester Amendment to food safety bill S. 510 to outline why this does not help or exempt small food producers. The amendment has… Continue

THIS Will Be Your Next Wallet 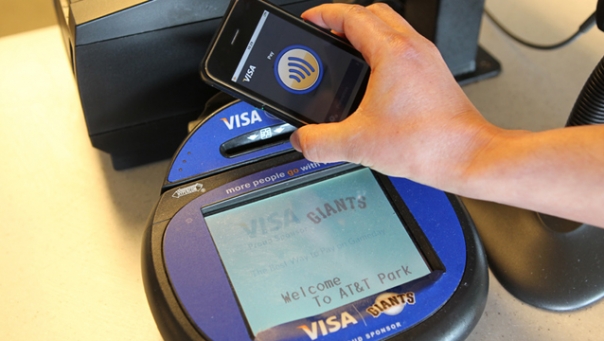 Are you ready to give up cash, and maybe even give up your credit cards? I'm not, but there are plenty of companies -- from Google to AT&T -- that think we will.

The idea has been around for more than 20 years but has never come to fruition, because the basic technological tools weren't readily available. Now they are. They're called smartphones.

Earlier this month, Google waved around a prototype Android phone with a… Continue

Depending on how bad a crisis gets, gold ranges from being between the best answer and the only answer.”

Inflation is on everyone’s lips these days…everyone in Asia, that is. Because Fed Chairman, Ben Bernanke is so busy pumping up the US money supply to battle a perceived deflationary threat here at home, he is putting pressure on overseas economies to print money at the same pace, in order to prevent their currencies from appreciating against the dollar and, thereby, become less… Continue 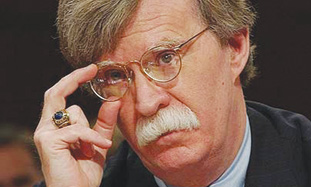 Former US ambassador to UN during Bush administration tells 'Post' he is mulling GOP presidential run to reassert strong US foreign policy.

WASHINGTON – John Bolton is mulling a run for president because he believes the US needs to recover its international standing and be more assertive, including being willing to bomb Iran and scrap the two-state solution.

“Both our friends and our adversaries alike have… Continue

The FDA vs Raw Milk and the Constitution

The Farm-to-Consumer Legal Defense Fund (FTCLDF), an organization whose mission includes “defending the rights and broadening the freedoms of family farms and protecting consumer access to raw milk and nutrient dense foods”, recently filed a lawsuit against the FDA for its ban on interstate sales of raw milk. The suit alleges that such a restriction is a direct violation of the United States… Continue

PATRIOTS Are Eyeball To Eyeball With The ILLUMINATI

It has taken the better part of two and a quarter centuries for the people of the United States of America to arrive again on the domestic field of battle. This defining moment should have been reached well over one hundred years ago, however; the informed and energized constitutional patriots simply were ignored and shouted down from 1871 forward. War weary citizens, like people everywhere, prefer peace… Continue