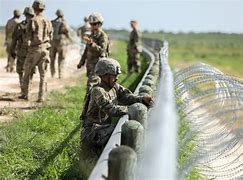 Ever since the inauguration of an ineligible and installed president, Biden, Texas has been under siege. In one year of open border policy more 28 policemen have been murdered, many in ambushes or simply when the suspect bursts out of their cars with AK-47’s when being pulled over on routine traffic stops. Gosh, I wonder what gang these bastards are with and where they came from. Homicides are at record highs since more than 2 million illegal aliens have flooded across the Texas border. Governor, Greg Abbott, has called for all drug cartels to be treated as terrorist threats and dealt with accordingly! So far the federal government under Biden has ignored the massive influx of illegal immigrants, interfered with border states enforcing federal law, and has refused emergency assistance to counties that are overwhelmed in South Texas, even Democrat district representatives have become angry with the Biden clown show. 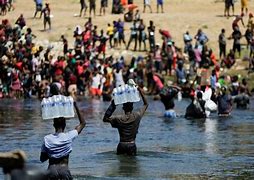 With Alejandro Myorkis, Director of Homeland Security, lying to the American public that the border is secured while the mainstream media ignores the threat to national security, violent crime is on the rise and it’s no coincidence that the unenforced immigration is a direct result! Now not only fentanyl is being heavily trafficked in by the drug cartels, but they have now made candy-like forms of the deadly drug that look like authentically store bought treats. It is clear that the Mexican drug cartels are establishing themselves for the long run and they’re going to take as many innocent lives as they can. Governor Abbott has an upcoming election in November against idiot Beto O’Rourke who owns a house with a wall completely built around it in El Paso even though he calls to tear down the border wall, confiscate private gun ownership, and defund the police! Typical Democrat, right? He tells his constituents that there is no border crisis! In their bid to turn Texas into a blue state, the Democrats want to own every presidential election from now and until the nation falls as surely it will under their evil reign!

Loser in the last Senate Race

It took the most money ever invested in a state election in US history for Beto O’Rourke to challenge Senator Ted Cruz for his seat in the Senate in a close race when Cruz began the race with a small purse, yet managed to win. Once again, a Soros funded Democrat threatens again to try and turn Texas blue. One might recall how Beto O’Rourke was caught drunk driving, causing a wreck, and then was filmed on camera hiding from the police, and this kind of character, or lack thereof has a shot at the governor’s office? There should be a law that any office holder cannot have prior convictions involving resisting arrest, but if you’re a Democrat it seems the laws don’t apply! Just as the Democrats have been attempting to incriminate former President Trump they have been after Attorney General Ken Paxton for unproven allegations as well as Lieutenant Governor Dan Patrick just trying to throw whatever they can against the wall to see it if sticks. O'Rourke advocates defunding the police calling jail a form of slavery! 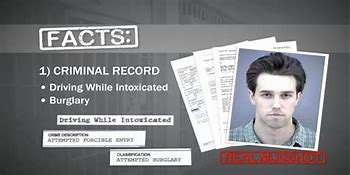 They should not be allowed to exist here!

The Democrat Party is anti–American, anti-Constitution, anti-freedom of speech, anti- 2nd Amendment, and completely at ease with using lies and fabricated evidence whenever possible Why would such a political party be allowed in the United States of America? They are not a lawful opposition party dedicated to the people of this country. They use Communist tactics every step of the way. Freedom of speech does not mean that a party that is against everything that America stands for should be allow to exist and threaten the American way of life! Yet, this is exactly what they are doing in Texas. The only reason why Democrat District Reps are upset with Biden is that they may very well not get re-elected. These are the dangerous implications faced in Texas thanks to a rogue White House that should be arrested and purged! Huge manhunt for this 21 year old for running over and killing this officer!

tjdavis Unfortunately for Texas some of the major cities are under Blue control like Dallas where they are now talking about racial equity and guaranteed state income! Luckily Governor Greg Abbott is holding the line but an amazing number of Beto O'Rourke supporting assholes live here! The low information voter, the biggest enemy of our country!

They have already destroyed Texas..

The fond memory disappeared with the kelp in Barton Springs back in the eighties.