Americans are slowly waking up to the sad fact that much of the food sold in the US is far inferior to the same foods sold in other nations. In fact, many of the foods you eat are BANNED in other countries.

Here, I’ll review 10 American foods that are banned elsewhere, which were featured in a recent MSN article.1

Seeing how the overall health of Americans is so much lower than other industrialized countries, you can’t help but wonder whether toxic foods such as these might play a role in our skyrocketing disease rates. 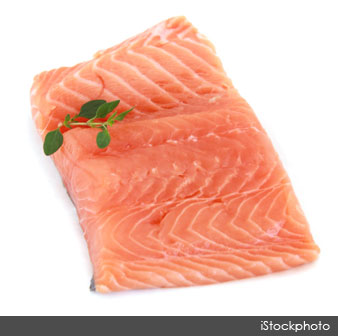 If you want to maximize health benefits from fish, you want to steer clear of farmed fish, particularly farmed salmon fed dangerous chemicals. Wild salmon gets its bright pinkish-red color from natural carotenoids in their diet. Farmed salmon, on the other hand, are raised on a wholly unnatural diet of grains (including genetically engineered varieties), plus a concoction of antibiotics and other drugs and chemicals not shown to be safe for humans.

This diet leaves the fish with unappetizing grayish flesh so to compensate, they’re fed synthetic astaxanthin made from petrochemicals, which has not been approved for human consumption and has well known toxicities. According to the featured article, some studies suggest it can potentially damage your eyesight. More details are available in yesterday’s article.

How can you tell whether a salmon is wild or farm-raised? The flesh of wild sockeye salmon is bright red, courtesy of its natural astaxanthin content. It’s also very lean, so the fat marks, those white stripes you see in the meat, are very thin. If the fish is pale pink with wide fat marks, the salmon is farmed.

Avoid Atlantic salmon, as typically salmon labeled “Atlantic Salmon” currently comes from fish farms. The two designations you want to look for are: “Alaskan salmon,” and “sockeye salmon,” as Alaskan sockeye is not allowed to be farmed. Please realize that the vast majority of all salmon sold in restaurants is farm raised.

So canned salmon labeled “Alaskan Salmon” is a good bet, and if you find sockeye salmon, it’s bound to be wild. Again, you can tell sockeye salmon from other salmon by its color; its flesh is bright red opposed to pink, courtesy of its superior astaxanthin content. Sockeye salmon actually has one of the highest concentrations of astaxanthin of any food. 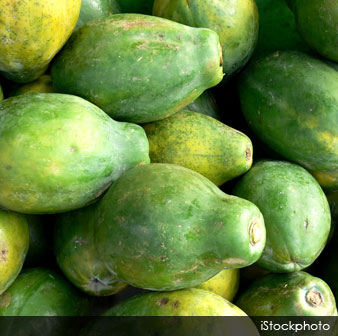 Most Hawaiian papaya is now genetically engineered to be resistant to ringspot virus. Mounting research now shows that animals fed genetically engineered foods, such as corn and soy, suffer a wide range of maladies, including intestinal damage, multiple-organ damage, massive tumors, birth defects, premature death, and near complete sterility by the third generation of offspring. Unfortunately, the gigantic human lab experiment is only about 10 years old, so we are likely decades away from tabulating the human casualties.

Where it’s banned: The European Union

Unfortunately, it’s clear that the US government is not in a position to make reasonable and responsible decisions related to genetically engineered foods at this point, when you consider the fact that the Obama administration has placed former Monsanto attorney and Vice President, Michael Taylor, in charge of US food safety, and serious conflicts of interest even reign supreme within the US Supreme Court! That’s right. Supreme Court Justice Clarence Thomas is also a former Monsanto attorney, but refuses to acknowledge any conflict of interest. 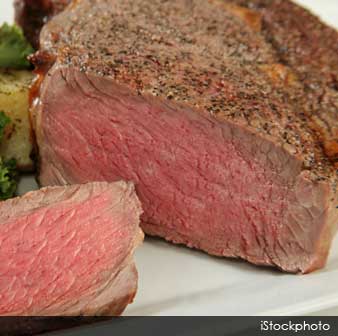 The beta agonist drug ractopamine (a repartitioning agent that increases protein synthesis) was recruited for livestock use when researchers found that the drug, used in asthma, made mice more muscular. This reduces the overall fat content of the meat. Ractopamine is currently used in about 45 percent of US pigs, 30 percent of ration-fed cattle, and an unknown percentage of turkeys are pumped full of this drug in the days leading up to slaughter. Up to 20 percent of ractopamine remains in the meat you buy from the supermarket, according to veterinarian Michael W. Fox.

Since 1998, more than 1,700 people have been “poisoned” from eating pigs fed the drug, and ractopamine is banned from use in food animals in no less than 160 different countries due to its harmful health effects! Effective February 11, 2013, Russia issued a ban on US meat imports, slated to last until the US agrees to certify that the meat is ractopamine-free. At present, the US does not even test for the presence of this drug in meats sold. In animals, ractopamine is linked to reductions in reproductive function, increase of mastitis in dairy herds, and increased death and disability. It’s also known to affect the human cardiovascular system, and is thought to be responsible for hyperactivity, and may cause chromosomal abnormalities and behavioral changes.

If you live in the US and drink Mountain Dew and some other citrus-flavored sodas and sports drinks, then you are also getting a dose of a synthetic chemical called brominated vegetable oil (BVO), which was originally patented by chemical companies as a flame retardant.

BVO has been shown to bioaccumulate in human tissue and breast milk, and animal studies have found it causes reproductive and behavioral problems in large doses. Bromine is a central nervous system depressant, and a common endocrine disruptor. It’s part of the halide family, a group of elements that includes fluorine, chlorine and iodine. When ingested, bromine competes for the same receptors that are used to capture iodine. This can lead to iodine deficiency, which can have a very detrimental impact on your health. Bromine toxicity can manifest as skin rashes, acne, loss of appetite, fatigue, and cardiac arrhythmias. According to the featured article:

“The FDA has flip-flopped on BVO’s safety originally classifying it as ‘generally recognized as safe’ but reversing that call now defining it as an ‘interim food additive’ a category reserved for possibly questionable substances used in food.”

Where it’s banned: Europe and Japan

More than 3,000 food additives — preservatives, flavorings, colors and other ingredients — are added to US foods, including infant foods and foods targeted to young children. Meanwhile, many of these are banned in other countries, based on research showing toxicity and hazardous health effects, especially with respect to adverse effects on children’s behavior. For example, as reported in the featured article:

“Boxed Mac & Cheese, cheddar flavored crackers, Jell-O and many kids’ cereals contain red 40, yellow 5, yellow 6 and/or blue 2, the most popularly-used dyes in the United States. Research has shown this rainbow of additives can cause behavioral problems as well as cancer, birth defects and other health problems in laboratory animals. Red 40 and yellow 6 are also suspected of causing an allergy-like hypersensitivity reaction in children. The Center for Science in the Public Interest reports that some dyes are also “contaminated with known carcinogens.”

In countries where these food colors and dyes are banned, food companies like Kraft employ natural colorants instead, such as paprika extract, beetroot, and annatto. The food blogger and activist Vani Hari, better known as “Food Babe,” recently launched a Change.org petition2 asking Kraft to remove artificial dyes from American Mac & Cheese to protect American children from the well-known dangers of these dyes.

Where it’s banned: Norway and Austria. In 2009, the British government advised companies to stop using food dyes by the end of that year. The European Union also requires a warning notice on most foods containing dyes.

Mexican cuisine is being taken by swarm as insects gain popularity ...

Fried Mexican Grasshoppers, Chapulines, Will Knock You Out Of A Tac... and just in case you get invaded or fed up with your reptilian masters try this:

How do you cook your iguana?

I'll stick with raiding the garden.