Two roes of vital, clean green energy from GOD, on the right is the blender to make 3 tall glass smoothies per day, all the trays slide in and out and are tilted slightly for drainage into a 2 inch c…

Two roes of vital, clean green energy from GOD, on the right is the blender to make 3 tall glass smoothies per day, all the trays slide in and out and are tilted slightly for drainage into a 2 inch cut in half pipe that routes the water back down into the sink drain, the two trays out are to be harvested tonight, I will use about a third of the two trays blended to make a extremely fresh and delicious smoothy, enough for three smoothies is in the two trays that are sitting on the screen in the sink, the screen is fashioned to a wooded frame that allows for quick and easy rinsing of the greens before they go into the blender on the right! One other thing on the screen worth the mention is the Nebulizer eye invented, towards the top in white plastic is the mouth piece you breath in the lung metasun vapour the Nebulized cup screws onto the end of the bottle that normally a person drinking a tonic would sip from. Also down near the Nebulizer cup is a carburetor hole that is controlled by yor finger to, maximize wise usage of metacation. On the far left is a electric water distiller to make yor own pure and safe water as you know exactly what went into it, unlike store bought water that you do not know just how it was made. Lastly is one piece of vinyl hose that you can clearly see in front of the sprout trays that are all in order, if the hose is long enough hanging down into the sink then the hose naturally falls back and settles into the sink on it's own, this format makes cleaning and such much easier. The two forces ripping the Hueman Soul apart are toxic overloading and malnourishment. 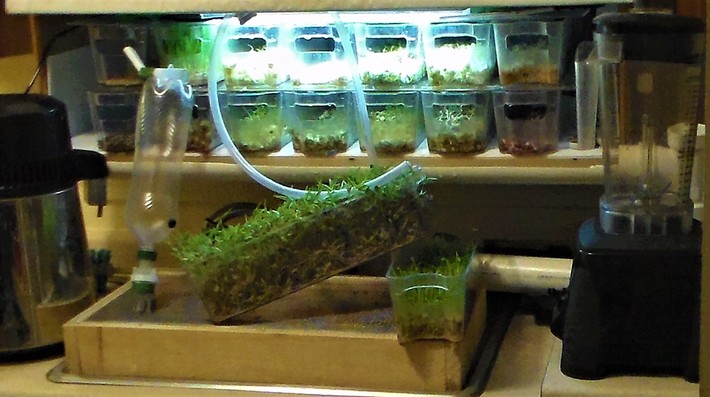 James Roberts commented on Chris of the family Masters's blog post This is what US would look like under leftists
"Good find, thanks for posting!"
1 hour ago

"What? No starlings or crows? Racist, racist birds!!"
1 hour ago

"Thank you Chris and Mr. Sizzle. Doc - I'd have recommended him to be the head of the YMCA,…"
1 hour ago

Chris of the family Masters favorited Phyllis Maka's blog post THE HUMAN RACE IS BEING GENOCIDED & REPLACED.
4 hours ago