By David Chang and Alicia Lozano

A fifth officer was also injured during the response while at least one suspect is in custody, according to police. Officers continue to search for a possible second gunman.

Here's a new twist to the story:

"Maurice Hill, the criminal who wounded six police officers in a shootout in Philadelphia and was arrested after a seven-hour standoff, attended a radical mosque.

The mosque, called Masjid Ahlil Hadith Wal Athar, is known for preaching the Islamist ideology promoted by Saudi Arabia referred to as “Wahhabism.”

Clarion Intelligence Network has been aware through its sources that the area where the shootings took place is known for trafficking in guns, drugs and counterfeit items. This criminal market has a strong Islamist element that includes extremist gangs.

Hill’s older sister said he “occasionally attended” an unnamed mosque, confirming initial reports from our sources that Hill is a Muslim. The sources do not yet have first-hand evidence of the shooter being personally involved in Islamist extremism.

From the Philadelphia Inquirer:

"Hill’s history in the adult criminal justice system began in 2001 when he was 18 and was arrested with a gun that had an altered serial number.

Public records show that he has been arrested about a dozen times since turning 18, and convicted six times on charges that involved illegal possession of guns, drug dealing, and aggravated assault. He has been in and out of prison; the longest sentence handed him came in 2010, when a federal judge gave him a 55-month term.

Hill also spent time in federal prison. In 2008, he pleaded guilty to federal firearms violations after he was caught with a Smith &amp; Wesson .357 and later a Taurus PT .45 semiautomatic. His prior felony convictions should have barred him from owning those weapons. U.S. District Judge Paul S. Diamond sentenced him to four years and seven months in prison.

More recently, Hill was convicted of perjury in 2013 and sentenced to seven years of probation. He appeared before Common Pleas Court Judge Rayford Means for three different alleged violations of probation — at least two of them related to new cases, which he later beat.

In one of those cases, Philadelphia police arrested Hill in May 2014, after spotting him driving an unregistered scooter. But when officers tried to stop him, he raced down an alleyway against traffic on a one-way street and then onto a sidewalk, sending pedestrians scattering, court records say. Hill crashed the scooter and then fled on foot but was apprehended. He was charged with driving without a license, recklessly endangering another person, and fleeing police, but later was acquitted on all counts.

CBS Philly reporter Alexandria Hoff was on the ground covering the Philadelphia shooting when she witnessed something she called a ‘major moment of disappointment’ at the scene.

I mentioned this at 10 and since I was harassed during that live shot, I’ll mention it here too. A major moment of disappointment this evening was watching a crowd of people taunt police officers, laughing and yelling at them in the midst of the gunfire. #PhiladelphiaShooting

4,092 people are talking about this

So people were taunting, laughing, and yelling at police officers even as they were getting shot?

Police sources identified the shooter in a standoff at a Nicetown apartment building that left six police officers injured as Maurice Hill, 36 — a Philadelphia man with a lengthy history of gun convictions and of resisting attempts to bring him to justice. https://www.inquirer.com/news/philadelphia-police-shootings-six-shot-suspect-maurice-hill-20190815.html …

We won't hear anymore about this - Not a white conservative "lone shooter" and proves that gun laws don't affect criminals. 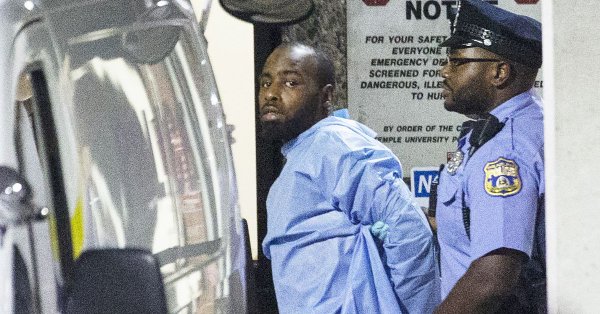 Something something drug dealer...

Hey, you can't troll the Pol. Probably some "youths"* or "teens"* (cough cough). 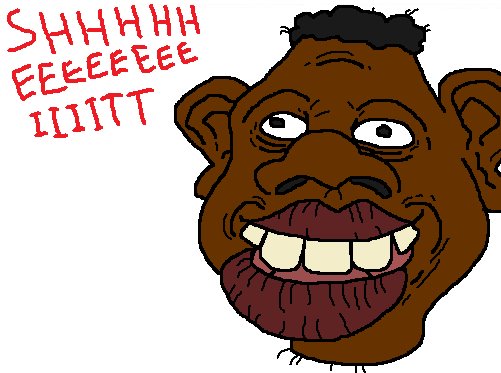 Interview with Dr. Aajonus Vonderplanitz https://youtu.be/mVP9HqV8yoY We live in a world of lies pushed on us by the upper levels of the world controllers. I...
1 hour ago
0 Comments 0 Favorites

Mr. Sizzle commented on Boris's page 12160 Administrators
"I’m not able to log out or post anything. Any advice?"
4 hours ago

MAC replied to MAC's discussion NASA scientist Dr. Kate Marvel links ‘climate change’ to ‘white supremacy’ Calls for climate & racial ‘justice’
"NASA has been out of the space program for a long time, they were side tracked and used for the…"
9 hours ago

Doc Vega replied to MAC's discussion ARMED CIVILIANS FIGHTING BACK as Leftists Call to DEFUND POLICE!!!
"If the chickenshits in office won't protect us then it comes down to the people defending…"
11 hours ago

"Another good one, just like the last one. "
15 hours ago

"Great video link Mr Siz. It's really good to see amazing people like him speak out. He's…"
15 hours ago

"So true CS. Protest, looting, death and destruction called for when a bad white cop kills a black…"
15 hours ago