Now this is a guaranteed rape job.

In a short conversation this noontime that CNBC apparently has omitted from their archives (Why's that folks?) Rick Santelli was talking about a potential to effectively force money into the Treasury market.

Where would they get this?

From your 401k and IRA accounts!

The U.S. Treasury and Labor Departments will ask for public comment as soon as next week on ways to promote the conversion of 401(k) savings and Individual Retirement Accounts into annuities or other steady payment streams, according to Assistant Labor Secretary Phyllis C. Borzi and Deputy Assistant Treasury Secretary Mark Iwry, who are spearheading the effort.

Let me tell you what this is - it is an attempt to prevent the collapse of the Treasury market!

Forcing people into Treasuries as an "annuity" is exactly what Social Security allegedly is. Except that Treasury stole the money that was collected in FICA taxes and spent it!

Guess what? They'll do that here too - you're going to "invest" in Treasuries which of course are effectively a CALL option on the future taxing ability of the government.

The problem is that with an aging population and the immigrant problem (illegal immigrants that is), along with offshoring, the aggregate wage base will drop and thus this is the most dangerous investment of all!

What's even worse is that the government has intentionally suppressed Treasury yields during this crisis (and will keep doing so by various means, including manipulating the CPI - the "inflation index" - as they have for the last 30 years) so as to guarantee that you lose over time compared to actual purchasing power.

THIS HAS BEEN THE CASE SINCE THE 1980s AND IT WILL NOT CHANGE!

I have been talking about this for quite some time and recall writing a Ticker on it a year or more ago, although I can't find the entry immediately.

Let me be clear:

I have no quarrel with the government mandating that you have a choice in your IRA or 401k account to buy short-duration Treasuries - much like the "G" fund that government and civil-service workers have.

But - "choices" have a funny way of turning into mandates, and this looks to me like a raw admission that Treasury knows it will not be able to sell its debt in the open market - so they will effectively tax you by forcing your "retirement" money to buy them!

This may be the only way for Treasury to hold down interest rates to something reasonable in the intermediate term, but doing so will instantaneously remove a major source of funding for the stock market - that is, the monthly and quarterly inflows from retirement accounts.

You can bet this won't be good for you, the ordinary American.

You can also bet that once such an "option" is made available there is a very high probability of the government doing things that either promote or simply don't stand in the way of another stock market crash as a means of "herding" your money into Treasuries - so they can blow it - all under the guise of being allegedly "safe".

Of course this begs the question - what if the government can't pay down the road when you retire, just as they can't pay on a forward basis with Social Security and Medicare?

This "proposal" can only mean one thing - Treasury smells smoke. Maybe you should pay attention to what they're huffing!

And before you say "oh they'd never do that" I want you to read this:

Here is a warning to us all. The Argentine state is taking control of the country’s privately-managed pension funds in a drastic move to raise cash.

My fear is that governments in the US, Britain, and Europe will display similar reflexes. Indeed, they have already done so. The forced-feeding of banks with fresh capital – whether they want it or not – and the seizure of the Fannie/Freddie mortgage giants before they were in fact in trouble (in order to prevent a Chinese buying strike of US bonds and prevent a spike in US mortgage rates), shows that private property can be co-opted – or eliminated – with little due process if that is required to serve the collective welfare.

PS: If the video shows up I'll update this ticker.... and if you're wondering what hammered the dollar starting at about 9:00 today, this is probably it. Such a "move" would free the government to further abuse the issuance of Treasuries rather than take necessary austerity steps and places us even further down the road toward a political and economic collapse. 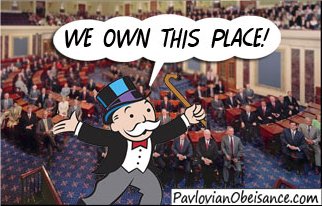 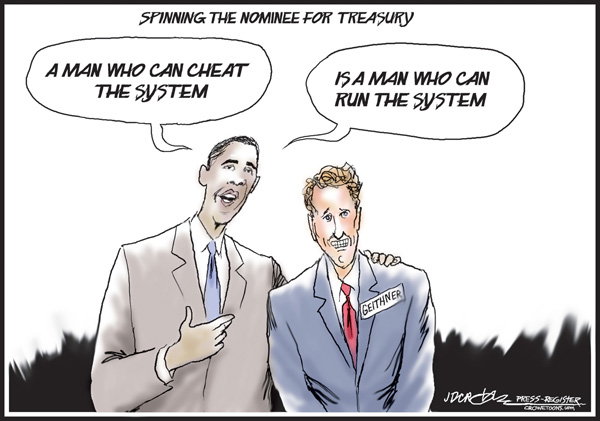 BANKSTERGATE - Before you tell us otherwise, WE KNOW TIMOTHY GEITHNER DID NOT ACT ALONE.

Patrick C Conway commented on Chris of the family Masters's blog post What Did I Tell You About Killing Their Priority Creditors?
"General Smedley Butler tried to warn us."
6 hours ago

Patrick C Conway favorited Chris of the family Masters's blog post What Did I Tell You About Killing Their Priority Creditors?
6 hours ago

JR Nyquist interview: China planning to launch attack on America "in a matter of months"…See More
12 hours ago
0 Comments 0 Favorites