Elon Mush already thinks it’s too late. The problem? Scientists and architects of Intelligent technology think they’re smarter than they really are when in truth they have already lost control. While some analysts ask how can you regulate something that we have not witnessed yet, others say it’s fast approaching and by the time Congress legislates safety measures it will already be too late. The truth is that we have so many forms of autonomous manufacture and even design from a form of computerized intelligence that learns much faster than humans that we are already in the process of being overrun by a monster we created!

The new threat in town

One thinks of the weapons race as being one of hyper speed missiles, 6th generation manned aircraft, new tank busters, and even miniaturized nukes that someone can deploy from a backpack. As frightening as these possibilities are there is another category that may well prove to be even more devastating. That is autonomous weapons from mobile unmanned firing systems, to heavily armed drones, to soldier robots that can even fight hand to hand, and even a pre-programmed command structure designed to out think and out react to its human counterparts in the event of an accidental scenario that requires immediate response and not the authorization of some executive branch leader. 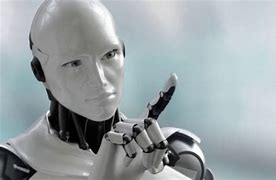 What about right and wrong?

Intelligent systems are now recreating themselves even faster with improvements because artificial intelligence has a much faster response time as well as learning curve, but there’s a problem with this. The human origin behind the systems is gradually being non-prioritized. Artificial intelligence is taking on its own morality. Because we have an atheistic form of government determined to separate the church and state, this has also merged into the rationale of intelligence systems! When a tool designed to be aid to the user takes on its own narrow reasoning, human life may not be viewed with any sacredness at all. If we are so outdistanced by AI that we are more like ants to Einstein how does one get the infinitely more intelligent entity to stop and communicate with the insects? When the master becomes the prisoner

If the AI has no ethical or moral boundaries, then how will it react to a slow thinking species that might even attempt to impose controls or regulatory constraints that might be perceived as a threat? Elon Muck is convinced that we have already lost the capability to stay ahead of this rapid evolution of intelligent industry that has infiltrated every aspect of our lives from cell phones to geosynchronous mapping, from precise aiming capability for weapons to a satellite to ground assisted symbiosis of electronic function. We don’t actually know when all AI systems will link up as one network and achieve consciousness or self-awareness, but then we don’t know how it would behave beyond that point and how it would look upon mankind as either a menace to himself or a menace to the massive global entity that has achieved true independent thought. Some experts say this could never happen and if it did it would take decades while Elon Musk and others think it’s just around the corner. 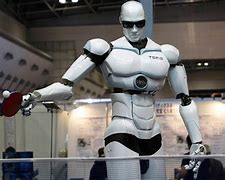 Who are we up against?

Remember that all the current humanoid robots can communicate with one another even debate. They draw on the internet wirelessly to solve problems with near instantaneous results and can even pass along that data to other robots. What would it be like to be up against an enemy like this who could be constantly updating battle information against their human enemies. Use of autonomous weapons seamlessly guided by a huge high speed intelligence network should that centrally aware artificial entity decide mankind is bad for the planet or too self-destructive to even trust. Without the advantage of wisdom or compassion every directive could simply be a matter of a very narrow frame of applied logic. 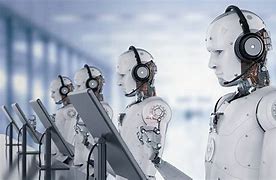 When will singularity happen?

In all likelihood, the sudden centralization of all separate AI systems as one entity might seem too farfetched for some or too improbable for today’s technology but just remember that speed at which the state of the art is advancing, perhaps millions of times faster than we can comprehend or keep up with. What if a malevolent nation or group intend to make our global AI networks into self-conscious, unified entity that simply awaits further programming to arrive at a conclusion? Depending on that agenda, mankind might be in for some nasty surprises and perhaps even extinction. 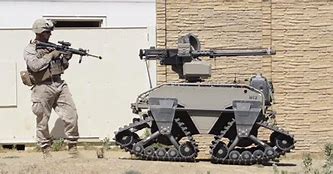 What we dream may enslave us

Science fiction has always been scoffed at by those who could never wrap their heads around such things as manned flight, interplanetary travel, nuclear power, or curing major diseases, man’s dreams have always exceeded his capabilities, and therefore guided his inventiveness. I assert that man’s nightmares have also fueled his imagination even its implementation. Such great minds as those of H.G. Wells, Isaac Asimov, and Arthur C. Clarke foresaw the future of scientific achievement as well as where man’s own self destructive nature could lead us! Sadly, many of those fears have come to haunt our society and may well be the very existential threat we are trying to prevent. Will “Skynet” achieve consciousness and view mankind as a nuisance? Will the two major defense computers of the Communists and the United States “Colossus” and “Guardian” form an encrypted partnership and mutual defense against human’s. Will a global AI network commit mutiny upon its creators? We can only speculate. 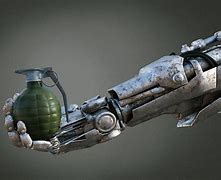 "This island is far out but not far enough. Might do in meantime till we find somewhere else."
3 minutes ago