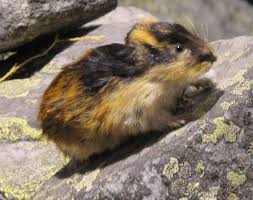 A Lemming is a small rodent of a large population on a particular island in the Pacific. Appearing much like the chinchilla, another rodent that has such a thick silky coat of fur that a large market for women's apparel sprang from them. The Lemming is a prolific species that at some point will overwhelm its habitat by overpopulating. When this happens a triggering mechanism goes off probably caused by the emission of pheromones that begins a stampede of sorts. Once one animal starts its headlong race to a cliff where it will dive to the rocks below to its death, thousands upon thousands of the animals will do the same. 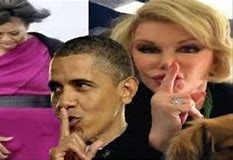 Scientists believe that this is a natural mechanism that prevents the extinction of the species by starvation and herd stress because in the aftermath the few survivors left will once again revive the population that unthinkingly just committed mass suicide. Some biologists consider a deeper reason. They believe that this is more of a sociological problem that may occur more from mass psychological stress than just a reflex type of action. In recent years we have come to associate mindless conformity with being a Lemming or acting like a Lemming rushing headlong into doom by simply following others. 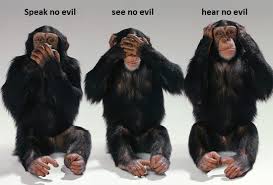 We are surrounded by Lemmings each and every day. They walk alongside us. They go to work in their cars or in mass transit on their way to a job. They take everything the government tells them at face value never questioning the validity or morality of draconian legislation. They lazily glance at the biased and propagandized news and act accordingly, doing what they are told to do by hating one candidate or another even when their actions have been beneficial to society. They are more likely to vote for those who are destructive and even psychopathological! They are willing to accept higher taxes, more restrictive laws, an ever higher cost of living, and will even accept the increased presence of refugees and illegal aliens who, like them, can't seem to distinguish between freedom or fascism! 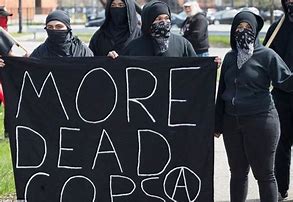 The Lemming among us can even be easily manipulated into going into the streets to incite and participate in violence or strongly urged enough by their America hating teachers, who themselves have been conveniently indoctrinated into despising the liberties that many Americans before them died for. Yet, in the mind of a Lemming, video games, sports, beer, and reality shows are enough to occupy their shallow minds so that their masters can further oppress them. Oblivious to asking why or seeing through the illusion, they trudge through their lives unhappy, unfulfilled, and afraid of making any changes that would illuminate them or perhaps even free them from their dreary existence! 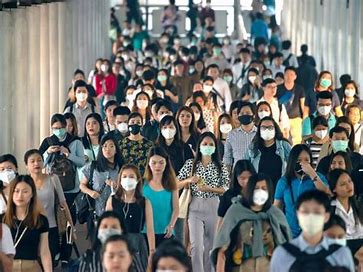 The Lemming are large in numbers, and if they're unhappy they want to make sure you are too. They want you wearing that ridiculous mask that makes a person re-breath their own carbon dioxide and sinus bacteria as it promotes an acidosis within their bloodstream. While this cuts off oxygen to the brain and circulatory system still they rationalize that it serves the greater good. Why? Because they were told that it does, and they believed what they were told! it's too uncomfortable to question authority, right? And, by the way, they want you to act just like them too or they might just get mean and yell, or maybe even resort to violence. Why? Because they just can't stand those who think for themselves. Everyone should be made to equally suffer!

Doc Vega commented on Doc Vega's blog post Rod Serling Takes Us Through a modern Version of the Twilight Zone
"Chris Thanks Buddy! "
7 hours ago

Chris of the family Masters commented on Doc Vega's blog post Rod Serling Takes Us Through a modern Version of the Twilight Zone
"It's even crazier then that! Well done Doc!"
7 hours ago

rlionhearted_3 commented on Doc Vega's blog post War With China Now imminent Thank You Biden
"It’s getting scary. Some second hand info, guy I know has a cousin in service, says,…"
10 hours ago