Horrific footage has emerged of a cannibal eating the leg of a Muslim slaughtered by a rampaging Christian mob in the Central African Republic.

The victim was hauled from a bus, battered and then stabbed before being set on fire in the capital city Bangui, according to the BBC.

In the aftermath of the incident, one of his attackers grabbed hold of his leg and then began to devour it.

The cannibal, Ouandja Magloire - who also calls himself ‘Mad Dog’ - told a BBC reporter that his action was revenge for the murders of his pregnant wife, his sister-in-law and her baby.

He claimed that Muslims were responsible and he was angry with them.

‘Mad Dog’ spotted his victim on a minibus and gathered a crowd of about 20 Christian youths who forced the bus driver to stop.

Witnesses did not intervene but recorded the footage on mobile phones, including the act of cannibalism.

Witness Jean-Sylvestre Tchya told news agency AFP: 'One of the individuals took hold of an arm and went and bought some bread and starting chewing on the flesh, along with his bread.

Why would a Christian eat a Muslim's leg?  Oh...I forgot...Holy Communion. 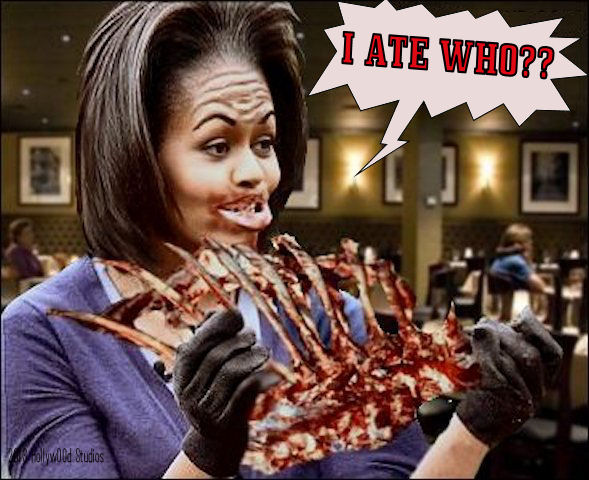 "she looks better than your ol ugly ass I bet ;)"
43 minutes ago

The Gas Shortage Is Just The Beginning...In this video, we break down who is really responsible for the Colonial Pipeline cyber attack and why more of these ...
45 minutes ago
0 Comments 0 Favorites

rlionhearted_3 favorited Guardian of Scotland's discussion Why are magnets sticking to the injection sites of those that have taken the Covid 19 injections?
20 hours ago