Today Lord Christopher Monckton warned King World News that we are now only months away from a totalitarian one world government.  He also discussed when and where the implementation of the one world government is to take place as well as the timeline for humanity to put a stop to this.

Eric King:  “Are central planners going to be able to implement this great (climate change) tax on humanity?”

Lord Monckton:  “It’s a race now.  This is still being driven by what I call ‘The Climate Communists’ — the extremists who hate the West and want to shut us down.  That’s what this climate thing is really about.  It’s got nothing to do with the climate at all.  And so it’s a race now….

“So unfortunately what we’ve got here for the first time on a global scale is a conspiracy of the governing class, worldwide, against the governed.

So I think what we are now facing is the nightmare that every lover of freedom has dreaded — that the worldwide governing class would find an excuse to gang up together against the people’s interest, against liberty, against democracy, against prosperity, against capitalism, against every form of the freedoms which we have for too long and too dangerously taken for granted.

We are now months away from the first and fatal step towards establishing an unelected global government of the largest fraud ever perpetrated on mankind — the climate fraud.   And we are very, very close to losing everything that the Founding Fathers of America thought they had won.

Somehow in the next few months we have to wake the world up, get it to come off the Kool-Aid and realize that if freedom is to survive, if we are not to descend into the tyranny that every science fiction writer has always thought would be the fate of mankind, then we must stand up now and fight for our freedom.  We must fight against the lies that are being peddled by a small handful of scientists who are politically motivated and not motivated by science at all.

We really do have to save the planet, but in an entirely different way, from those who told us falsely that the planet is at risk as a result of the West burning fossil fuels.  It is not at risk.  It never was.  It never will be.  And we must put a stop to the political grinding structure that could so easily turn into a global government at Paris this December unless we stop them.” KWN has now released Lord Christopher Monckton's extraordinary audio interview where he discusses an amazing story about what occurred in Russia, the coming move toward a one world government and much more and you can listen to it by CLICKING HERE OR ON THE IMAGE BELOW.

© 2015 by King World News®. All Rights Reserved. This material may not be published, broadcast, rewritten, or redistributed.  However, linking directly to the blog page is permitted and encouraged.

Lord Christopher Monckton: Former Prime Ministerial Adviser On Scientific & Domestic Policy To Margaret Thatcher, Journalist And Inventor Of The Mathematical Puzzle "Eternity." - He has also prevented several government-level scientific frauds saving British taxpayers billions. Lord Monckton is also the world's leading expert on the case against man-made Global Warming, and as such is a household name in the United States and elsewhere. Lord Monckton’s list of accomplishments and accolades are simply too long to list in this begging excerpt. However, for those who wish to learn more they can read through his fascinating and extensive biography below. 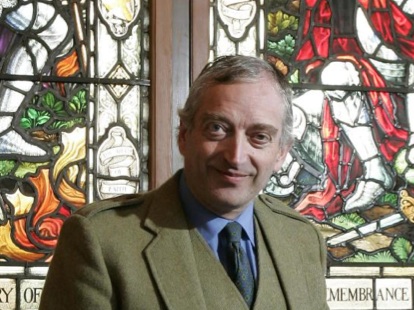 The Rt. Hon. Christopher Walter Monckton, Third Viscount Monckton of Brenchley - The Viscount Monckton of Brenchley, born 14 February 1952, businessman, newspaper editor, inventor of the million-selling Eternity puzzles and of a promising new treatment for infectious disease, classical architect, Cambridge-trained public orator, autodidact mathematician and “high priest” of climate skepticism, prevented several government-level scientific frauds while serving as a Downing Street domestic and science policy advisor to Margaret Thatcher, saving British taxpayers billions. In 1986 he was among the first to advise the Prime Minister that “global warming” caused by CO2 should be investigated. Two years later she set up the Hadley Centre for Forecasting: but she, like him, has since changed her view.

In 2006 a finance house in London consulted Lord Monckton on whether “global warming” would prove catastrophic. His 40-page report concluded that, though some warming could be expected, it would be harmless, and beneficial. At the request of a US Senator, he discovered evidence that a well-funded clique of scientists, officials and politicians had been manipulating data and results to exaggerate the imagined (and imaginary) problem. Two weeks after his report, the Climategate emails confirmed the existence and identities of the clique he had named, revealing not only their questionable methods but also the close links between them.

Lord Monckton’s two articles on global warming in The Sunday Telegraph in November 2006 crashed its website after attracting 127,000 hits within two hours of publication. Al Gore replied to the articles, which also provoked the then Foreign Secretary, Margaret Beckett, to say during a speech on terrorism that “climate deniers” should be treated like Islamic terrorists and refused all access to the news media. Beckett was subsequently dismissed. The European Union is now making plans for a “European Environmental Criminal Court” to prosecute those who publicly express scientific doubts about the magnitude of “global warming”. Journalists in Australia have demanded that “deniers” be publicly branded with tattoos to mark them out as society’s pariahs, and have also called for them to be gassed. The same journalists criticized Lord Monckton for having described one of the opinions of a government adviser as “a fascist opinion”, in that the adviser had demanded unquestioning deference to authority.

Lord Monckton is widely consulted by governments on climate issues. He has discussed the subject with President Vaclav Klaus of the Czech Republic, who accepted his invitation to participate in a climate conference at Cambridge University in May 2011. Lord Monckton has twice spoken before representatives of the Chinese Government, one of whom asked for copies of his papers on climate sensitivity for forwarding to the administration in Peking, saying that his research conclusions to the effect that manmade global warming would be small enough to do little harm had major implications for China. Lord Monckton has also prepared a brief on the climate for Canada’s Prime Minister.

In 2009 Kevin Rudd, Australia’s former Prime Minister, devoted a 45-minute speech to criticizing Lord Monckton and other “deniers … small in number but too dangerous to be ignored”, who, he said, base their thinking on the notion that “the cost of not acting is nothing”, and whose logic “belongs in a casino, not a science lab”. Lord Monckton’s 2010 speaking tour of Australia in response to these allegations played to packed houses, with hundreds turned away from many meetings. The tour, reported some 650 times in news media, is credited with having achieved a 10% shift in public opinion away from climate alarmism in one month, particularly among opposition parties. Rudd is no longer Prime Minister. During the visit, Lord Monckton was invited to give a personal briefing to Tony Abbott, leader of the Opposition.

"I believe it's photo shopped. Still satanic witches and servants of death and the fallen one,…"
21 minutes ago

"Servants of death sporting 'the circle of life'. Doesn't get much more upsidedown…"
23 minutes ago

"I recognize hypnotoad, not sure if the other. A 'rot' child?"
26 minutes ago