City of Houston requires permit to feed the homeless

The police state continues!  In Houston, TX you have to have a permit now in order to try and help your fellow man!  That's right, you have to have a piece of paper approved by the city of Houston before you feed others!  I guess the government wants people to come to them for help, dependence right?!

If you step out of line and rock the boat then, "NO SOUP FOR YOU!"

Couple must have proper permit to continue feeding dozens each day

Bobby and Amanda Herring spent more than a year providing food to homeless people in downtown Houston every day. They fed them, left behind no trash and doled out warm meals peacefully without a single crime being committed, Bobby Herring said.

That ended two weeks ago when the city shut down their "Feed a Friend" effort for lack of a permit. And city officials say the couple most likely will not be able to obtain one.

"We don't really know what they want, we just think that they don't want us down there feeding people," said Bobby Herring, a Christian rapper who goes by the stage name Tre9.

Anyone serving food for public consumption, whether for the homeless or for sale, must have a permit, said Kathy Barton, a spokeswoman for the Health and Human Services Department. To get that permit, the food must be prepared in a certified kitchen with a certified food manager.

The regulations are all the more essential in the case of the homeless, Barton said, because "poor people are the most vulnerable to foodborne illness and also are the least likely to have access to health care."

Bobby Herring said those rules would preclude them from continuing to feed the 60 to 120 people they assisted nightly for more than a year. The food had been donated from area businesses and prepared in various kitchens by volunteers or by his wife.

He and his wife became involved in the effort several years ago, when she would take leftover food from work to the homeless downtown. From there, it expanded into a full-time effort for her working through Eyes on Me, the Herrings' nonprofit organization that focuses on Christian-themed youth outreach efforts.

Nearly every day last year, they distributed food prepared or donated by volunteers or local stores at 6 p.m. at the corner of Commerce and San Jacinto, near the Harris County Jail, Bobby Herring said.

On Nov. 8, they were approached by Houston police officers and asked to provide food at another location under an overpass at Commerce and Travis streets adjacent to Buffalo Bayou, he recalled.

They were happy to move to the new location and continued to provide food there until Dec. 30, when a park ranger and two police officers told them they would have to stop until they could obtain a permit.

Because the new area to which they had moved is on city park land, they need permission and permits from both the parks department and health department.

Because city ordinances would prevent them from obtaining the needed permit, Bobby Herring said he is hoping to find a new solution, perhaps working through a church with a permit or finding a downtown location that would allow them to continue to help the homeless.

Amanda Herring said she was frustrated at the city's sudden stance.

"I'm just really sad," she said. "I can't believe for a year we were right out in the open and never had anybody tell us to leave, to stop, to tell us it was wrong. I'm blindsided with it."

Connie Boyd, president and CEO of the Coalition for the Homeless of Houston/Harris County, applauded the Herrings' efforts but defended the city's stance.

"We absolutely need more people like them who care about this vulnerable population," Boyd said. "Even though their intentions are good, they ran into ordinances that are designed to protect the public. There are good reasons why they're in place."

Boyd said the Herrings, or any like-minded individuals, could use her organization to connect with more than 200 groups and agencies that provide aid to the homeless and possibly stake out a partnership.

Barton said city officials in the past had considered passing a "public feeding" ordinance that would make it easier for people like the Herrings to comply with rules designed to protect people's health and well being. The ordinance could involve easier and cheaper permitting processes, she said, although there had not been discussion of the matter for some time.

City Councilwoman Wanda Adams, who has been an advocate for the homeless during her tenure, said she planned to review the ordinance. She reiterated the importance of the city's rules but applauded the efforts of the Herrings.

"I'm very passionate about what they're doing," she said. "Somebody needs to make sure our homeless people are being taken care of. ... We have to look as a city to see if there are other ways we can partner with people like this who are trying to help."

Comment by Petalrose on January 20, 2011 at 1:24pm
I march to the beat of my own, laws or no laws-so you see there is nothing to understand-understand!
And please don't tell me what to do-ever- Mr Law Man-capish! 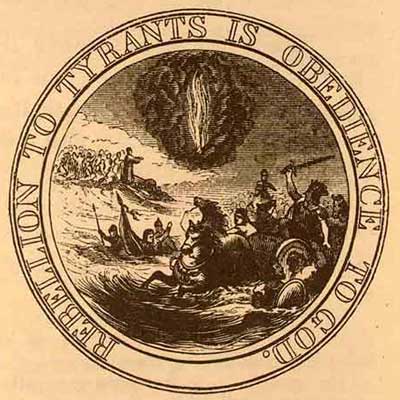 Comment by Petalrose on January 18, 2011 at 10:54pm
Well sir maybe I do walk on water but some of those homeless were my neighbors, friends. Now we are seeing more families. I can not agree w/you to not feed the children. Some day that maybe you man and your family. Have some humility, please. And I'm not lacing anything only good home cooked wholesome meals. I have also worked as a counculor at a Homeless Shelter in my area that a grp of us helped to get off the grnd. To assit them w/ going back to school and finding jobs. Sort of to put them back together. I agree that we can disagree-that's fine Leif. NP

Comment by Petalrose on January 17, 2011 at 4:59pm
I helped feed the homeless in our city for over two yrs and I would of loved someone try and stop us. I would of ended up in jail. It was a grp of university kids that started it called themselves Food Not Bombs. Each of us cooked several types of home cooked food and carried to the town park to feed the ppl and when it rained we took turns feeding them in our cars. Too see ppl in wheelchairs and little kids starving-pure heartache. Where is mans humanity???? I have a great love for those less fortunate. And no, no one ever got sick-period.

Chris of the family Masters posted blog posts
27 minutes ago