It became a noticable trend around the beginning of the 2000's where people overwhelmed with bad news, frightening increases in terrorism and senseless murders began to seek shelter in their homes. Coccooning is a psychological term created to describe this latest manifestation with people who withdraw from everyday outside acitivities. The Covid 19 scam and population control exercise has only added gasoline to the fire now that the delivery of groceries and other products, a permanent resignation of over 4 million people from the work place to work from home, and an increasingly threatening world outside enough to make the most extroverted people reconsider at times. The song "Lonely Girls" by Mark Almond illustrates perfectly the sadness of those who live denied a partner either intentionally or unintentionally as they exist in quiet desperation isolated from an unfriendly world. 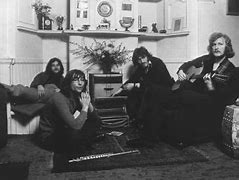 Doc Vega commented on Doc Vega's blog post Any Truth to Rumors of Paul McCartney's Death? You'd Be Surprised
"Burbia, interesting, one might recall that John Lennon was abandoned by his Dad and his mother died…"
1 hour ago

Doc Vega commented on Doc Vega's blog post This is What Happens When You Abandon Your Allies in Afghanistan
"Steve, you are exactly right, but just because I reported what EV manufacturers want to do with…"
2 hours ago

"Mattel sure is making their toys realistic these days."
3 hours ago

"You know, it really makes sense a sicko like the "president" hires weirdos like these."
3 hours ago

Burbia commented on Doc Vega's blog post Any Truth to Rumors of Paul McCartney's Death? You'd Be Surprised
"Its really understated that George Martin was the fifth Beatle. His role with the Beatles was…"
3 hours ago

But It's Not A Gay Thing

"I wonder how they got a vaxxine ready in a matter of minutes, it's almost like they planned…"
9 hours ago

"They should have gone to South Africa where the jabs are 100% effective."
14 hours ago

"According to the article, it was "some critics".  It's my opinion these critics…"
14 hours ago

"Please tell us which whiney group was offended and considered it discriminatory and stigmatizing,…"
15 hours ago

"This is great! Someone has recovered the common sense. More Cruise Lines Drop Covid Vaccine…"
18 hours ago