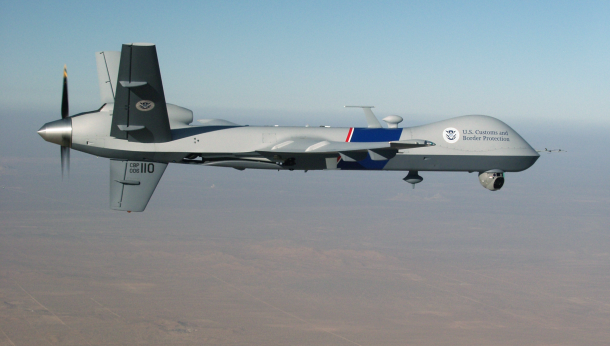 The tiny town of Deer Trail, Colo. — barely more than a wide spot on Interstate 70 about 55 miles east of Denver, population 546 — is considering an ordinance that would authorize licensed bounty hunters to shoot down unmanned aircraft violating its “sovereign airspace.”

A six-page petition circulated by a resident says that the threat of surveillance from drones — regardless of who is piloting them — is a threat to “traditional American ideas of Liberty and Freedom” enjoyed by Deer Trail’s “ranchers, farmers, cowboys and Indians, as well as contemporary citizens.”

Therefore, drone incursions are to be seen as acts of war.

Parrhesia commented on tjdavis's blog post NYC Mandates Children Jabs
"There is plenty of danger in NYC already without injecting children with experimental drugs. …"
20 hours ago

Parrhesia commented on tjdavis's blog post Defund The IRS
"I hope he insured the packages so UPS has to pay for the loss."
21 hours ago

"This guy tries to blame erosion on climate change and then says:  "Here on the western…"
21 hours ago