Covid 19 Lobotomizing of the American People 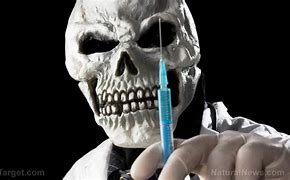 Ever since the outbreak of the corona virus, which the media, government, and medical authorities characterized as the modern plague, conventional and effective medicines were prohibited, for the first time it was the healthy people who were quarantined, and medical experts who warned of the faulty measures and vaccines were silenced, even drummed out of their practices. Sounds more like the actions of a totalitarian state or a Communist dictatorship than a Democratic country, doesn’t it? Yet, with a 99% chance of surviving the illness the American people allowed themselves to be forced into complying with insane and ineffective measures as though they were guinea pigs instead of human beings!

A recent poll by Rasmussen, one of the more respected opinion analysts has revealed some shocking revelations over the attitudes of the people he sampled. These unlikely opinions reflect one of three possibilities. Either the number of those sampled were recently arrived illegal aliens accustomed to submitting to corrupt government, a larger percentage of liberals were interviewed, or someone got to Rasmussen and intimidated him with death threats which is par for the course when in opposition to Democrats and leftists, and opposition is defined as trying to reveal the truth! 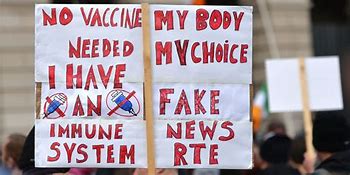 According to the Rasmussen poll more than 50% of Americans interviewed thought that those who have remained unvaccinated should be isolated like the Australian camps from society, should remain under house arrest prohibited from leaving home unless there is an emergency, or they should be either fined or jailed for not getting the shot! This shocking disclosure of our supposedly own countrymen who view those who have done their due diligence over the Covid 19 vaccine as being a greater threat to their health than the virus itself tells us just how lobotomized the American public has become! This is an exact portrayal of just how easily the government created division among the public, were able to utilize the fear they constantly transmitted to the populace, and how those who conformed in such cowardly fashion actually wished imprisonment, fines, and even house arrest by those who did not get vaccinated! People, you are the very worst enemies to yourselves and others that could ever have been imagined wishing these punishments upon your own neighbors, workmates, and family members! 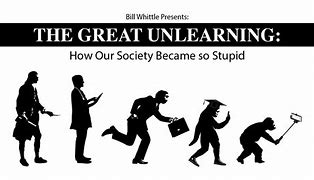 So, the news media who have villainized those who go unvaccinated as “Spreaders” “Irresponsible” “Should be locked up!” “Anti Vaxers” “Conspiracy theorists” “Trumpers” or “Right wing nut jobs” and the public went for it! The viewing audience once again allowing the news networks who even though are losing ratings massively due to their falsely opinionated content, managed to influence millions of people who acted more like sheep than rational individuals who participate in a Constitutional Republic that advocates the pursuit of freedom and liberty for all. The police state has arisen, the rule of law has been violated with impunity, and the work and sacrifices of our Forefathers has been tossed aside and trampled upon like so much unwanted advertisement. All our fighting men and women who died for us so that we Americans could be free from this kind of tyranny have been compromised by cowardly, unthinking, mentally defective, passive participants in a lobotomized social majority!

Let’s play a little game called “Follow the Money”. Thanks to FOIA requests and investigations by James O’Keefe of Project Veritas, who by the way, has received death threats, we now know that many members of Congress are beneficiaries of investments they own in the Big Pharma corporations manufacturing the ineffective and dangerous serums that one Pfizer CEO admitted they are minimally effective if effective at all. New findings show that as the virus forms new mutations that are less dangerous, taking a booster shot actually further lowers the immune response of the recipient!

Blood on their hands

Doctor Anthony Fauci with 8 administrations under his belt, and a horrible track record in his virology policies has 10.4 million invested in Big Pharma! He has now been definitely connected with the “Gain of function research” and has participated in other risky measures that behind the scenes he undertook, one recent revelation of the Beagles who were left in cages in the sand and allowed to be eaten literally to death by North African sand flies, just an example of the inhumane practices he knew about and authorized. Let us also remember that all members of Congress and the White House are not required to take the Covid vaccinations while demanding that all Americans from babies to the elderly be injected. Do I detect a bit of conflict of interest here? Do I detect that we have a population of brainless conformists here who would rather take a potentially deadly shot, wear a mask, suffer sickness anyway, spread the virus to healthy people even though they’ve had the shot, and then wish punishment upon those wise enough to refrain. Despicable! 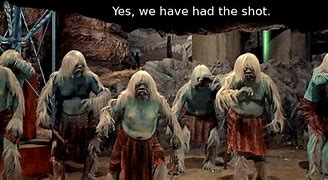 MAC replied to MAC's discussion Putin's Chilling Message to the West at the 10th Moscow Conference on International Security
"Putin the right man in the right place at the right time, stomping the nwo asshat country's…"
4 minutes ago

cheeki kea commented on Less Prone's blog post The provocation is getting worse: Finland and Estonia are planning to set up a missile system to block Russia's Baltic fleet
"Finland shouldn't tie bows with Sweden and others if the provocative move brings disharmony to…"
19 minutes ago

"Ol trumpy bear is a damn good salesman/circus barker if nothing else. He could sell ice to eskimos…"
41 minutes ago

steve commented on Less Prone's blog post The provocation is getting worse: Finland and Estonia are planning to set up a missile system to block Russia's Baltic fleet
"These cowardly prix think the distraction of war will save their scrawny necks come just desserts…"
56 minutes ago

Less Prone commented on Less Prone's blog post The Malone Institute presents: World Economic Forum Project
"Thanks for bringing this up, Steve. The world is a big circus with bought out political clowns…"
1 hour ago

"Hey all Check this out then tell me it ain't all scripted. trumpy bear appointed this…"
3 hours ago

Parrhesia commented on Doc Vega's blog post This is What Happens When You Abandon Your Allies in Afghanistan
"Steve- I've already been outed as a KGB Agent.  That's why I find it offensive when…"
5 hours ago

steve commented on Doc Vega's blog post This is What Happens When You Abandon Your Allies in Afghanistan
"Hey Parr, or in the delusional mind of our weepy poet Hey Alter or invented ego or supporter or…"
5 hours ago