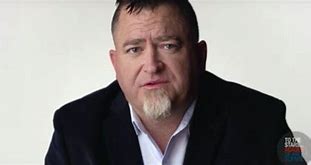 In April of 2021 Luis “Lue” Elizondo, former head of the Advanced Aerospace Threat Identification Program went public over his concerns that the US military and scientific establishment had made the biggest intelligence blunder perhaps in US history, heads turned, eye brows were raised, and officials tasked with identifying threats to national security began to take notice, and for the first time the major news networks got off the “Little Green Men” joke wagon and began taking the issue seriously. When two Navy pilots flying the F-18 Super Hornet report objects that they can’t begin to intercept and identify much less understand the physics behind these unknown aerial objects, somebody better find out what’s flying around out there if our multi-billion dollar weapons can’t defend our air space. 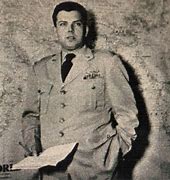 Since the first military reporting agency, “Project Grudge” began in 1948, the US Air Force sponsored agency did more to suppress knowledge about UFO’s and shame the witnesses rather than collect useful data. “Project Sign” began to undertake a more serious effort, but it wasn’t until Captain Edward J. Ruppelt became Director of the new group, “Project Blue Book” that a truly professional effort was made to analyze the witness accounts, record radar tracking of unknown objects, and start to take seriously the technical superiority of the phenomenon. After some of the most provocative sightings in US history from the death of Captain Mantell in pursuit of a UFO to the Washington National Sightings in which UFO’s continually violated White House air space despite pursuit by USAF interceptors. These UFO's actually demonstrated stealth capability as they would disappear off the radar screen as US warplanes entered their vicinity. During the 1952 UFO Flap there were hundreds of UFO’s reported all over the country. 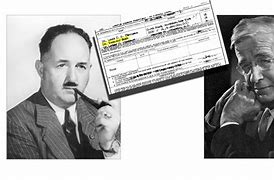 Yet, with all these astonishing events in 1953 the “Robertson Panel” met with Blue Book officials Ruppelt, Professor J. Allen Hynek, and Major Dewey Fornet, reviewed the best case evidence, and decided to cut funding, deprioritize the analysis by the agency, and convert Project Blue Book into a public relations façade, discouraging those who had worked so hard to give the project integrity and leading to their reassignment leaving only astronomer, Hynek, as the expert debunker, the only original staff who had not resigned. As incredible sightings and even close encounters continued from 1953 on, the US Air Force continued to dismiss UFO sightings as hoaxes, misidentification of conventional aircraft, X-Plane testing, or atmospheric anomalies, but someone or something roamed the skies over the US and other parts of the world and according to Frank Feschino in his book “Shoot Them Down” many pilots and aircraft were lost in a feverish attempt by the US military to bring down a UFO. Although according to former USMC Major, Donald Keyhoe, the UFO reality was admitted by CIA Director Roscoe Hillenkeoter, General Curtis LeMay, and General Benjamin Chidlaw who reported that up to 1965 some 3,000 attempted UFO intercepts over the continental US had cost many aircraft and men, still the subject was mentioned in the media many times tongue and cheek. Many professional witnesses such as police, fighter pilots, passenger jet pilots, and well known politicians were ignored and, still the stigma of UFO disbelief continued. Why more serious efforts were not conducted to establish whether UFO’s represented a threat to US national security remains puzzling, but as Luis Elizondo stated, it could be the most serious failure in US intelligence history that may have occurred as a result of decades of denial and ridicule. The subcommittee admitted to finding wreckage or debris left by UFO’s but did not consider for the most part that Unidentified Aerial Phenomena (UAP’s) as non-terrestrial but rather with all the new technology of drones, UV’s, unmanned aircraft, and even Mylar reflective balloons, the potential for mistaken identification was high, even more so than in previous decades, but still, 166 out of 400 investigated sightings, sensors, or radar were involved in verifying that something real was active in the air space over the US and it defied our normal understanding of physics! 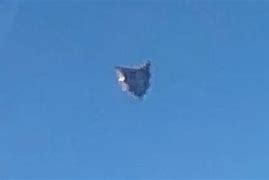 Who do we believe?

The question is who or what possesses the superior technical capability that can elude our billion dollar defense capability and render the US vulnerable to an unknown threat that has gone under investigated or has been kept in a top secret need to know basis that the general public as well as many in the armed services have not been informed of. Hence, the speculation that either instrument data must be used to get scientific clues in order to evaluate what it is, or a serious threat assessment must be made. More hearings in the future will likely be held, but will they come to an informative conclusion as rumors of alien technology already recovered from Roswell in 1947 according to Phillip J. Corso and Area 51 according to Bob Lazar? Once again, do we believe the “Official Version” of the truth?