SUNLAND PARK, NM—Disaster occurred at the US-Mexico border earlier this week after the installation of seesaws on the border wall. Part of an art project by UC Berkeley faculty, the seesaws were intended to let kids on both sides of the border play with each other as a powerful statement about unity and love across borders.

Unfortunately, as obese American kids rushed to the seesaws to enjoy playing with their fellow humans on the Mexican side of the border, they accidentally launched hundreds of Mexican children over the wall.

"We did not see this coming," said one Berkeley professor. "We just wanted the kids to play together and have some fun. But it seems like we didn't account for just how fat American kids are these days."

The Mexican kids were launched hundreds of feet in the air before landing on the American side of the border. Americans frantically set up a bunch of trampolines to catch them, though these bounced them pretty high and second, smaller trampolines had to be set up to catch them from their bounce. In the end, four trampolines in a row did the trick.

Hearing about the installation, those looking to immigrate to the U.S. rushed to the site and allowed the overweight American kids to continue catapulting person after person over the fencing installation until it was shut down by the Border Patrol. 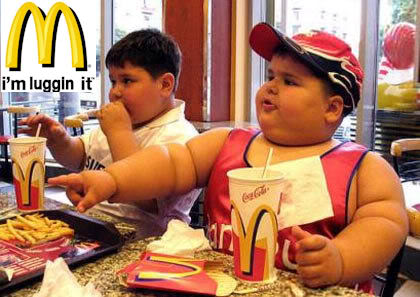 Parrhesia commented on Doc Vega's blog post Donald Trump’s Dangerous Agenda? What Dangerous Agenda?
"Criticizing an ideology is not the same thing as expressing hatred towards a group of…"
2 hours ago