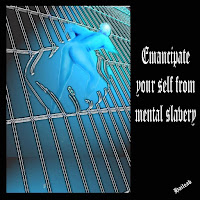 Counter power is an idea which has periodically been discussed by those who are opposed to the current plutocratic system. The system continues for all the discussion, and grows stronger. This doesn't have to be so. Just as it is possible to break free from the mind control of the establishment and commercial media, it is possible to break free from other areas of social control. Remember - the power our oppressors use to keep us down, is power we have given them - without our complicity, they have no power at all. We have to stop slavishly allowing the establishment to steal from us and use what they have stolen against us. We have to take our power back. So what is Counter Power? Counter Power is power in the hands of individuals who are not a part of the Establishment apparatus. It is, in essence, the opposite of establishment control. We have been conditioned to believe that we are powerless to do anything, but this simply isn't true. The first step towards dismantling the nightmare system which keeps us in servitude is to break free from the mind controlling media which hypnotises us with its lies, and to realise that the establishment needs us to survive. Once this realisation is met, then we can begin to make concrete steps to build an alternative way of life which doesn't involve the establishment at all.


Ditch Technology which hinders rather than helps.


We have become slaves to technology. A century ago, people would have washed by hand, and cooked and cleaned without modern gadgets and appliances - they certainly wouldn't have become reliant on TVs, game systems, and computers for entertainment. This reliance upon technology has become somewhat of a missed blessing. It is true that modern devices are labour-saving, however, they can become a crutch without which people cannot adequately function. Consider the impact of microwave ovens on a generation of people who now find the most basic cooking impossible. We have to consider which of the modern devices we really would be better off abandoning all together.


Get off the Grid The Global Warming hoax is designed to terrify people into submitting to ever harsher taxation in order to 'save the world'. In reality, Climate Change is generated by the Sun, and other natural factors, with human influence being negligible. The hoax is yet another fleecing technique to part the ordinary people from their money and property, and in turn to build a Global State which will further control everyone. Alarming as this is, the Global Warming farce also offers us opportunities to escape the prison being built for us.


Virtually everyone is reliant upon the energy suppliers. Certainly some people live a nomadic lifestyle, but for most of us this is impracticable. The Global Warming fear mongers have inadvertently been helpful in that alternative energy sources have now become viable for many people. Solar panels are becoming cheaper, and even should the initial investment be costly, the long term savings make the investment worthwhile. Wind power is also an option. Obviously not everyone is in a position to utilise these options, but for those who are, the chance to get off the grid is a reality. This would mean not having to abandon modern technology but not being held prisoner to the whims of the utility companies.


As a method of reducing water bills, water butts can be used to provide water for flushing the toilet, and for uses other than cooking and drinking. For personal consumption, a filtration system would have to be used, but the long term benefits of this would include having access to a water supply not poisoned by industrial waste (fluoride). Again not everyone could have a water butt. Many people could though.
Getting off the grid takes imagination, financial effort and work. For some it will be easy, for others without massive upheavals, impossible. Those who are able to, should make every effort to break free and by doing so deny their financial support to the corporations who are a part of the globalist network.


Food is a weapon. Those who control the food supply control its quality and availability. Everyone, regardless of type of accommodation, can help to undermine the power of the tyrants of agribusiness. For a start, we can all support our local farmers, rather than supermarkets. This may cost a little more, but for the benefit of helping to cut the stranglehold of international commerce, it is worth it. We can also reduce the money we give to internationalists by growing our own food. For people without gardens, this can mean growing our own tomatoes, herbs, garlic and other food which doesn't require much space. For those with gardens, potatoes and other veg can be grown. For people with allotments or substantial land, the range can be extended - extended even in some cases to include some livestock. By specialising in certain crops, and trading with friends and neighbours who are growing other crops, we can get a substantial amount of our vegetables, herbs etc in a manner which bypasses the supermarkets thus reducing their power over us, by reducing the impact of the internationalist criminals removing food from the shelves. And of course, the food will be freer from contaminants.

Barter and trade with goods and services


There are many Local exchange Trading Systems in operation. Sadly, many of them have been infiltrated by one-worlders. This doesn't in any way denigrate the concept of trading goods for services. If, for example, person A needs some plumbing doing but doesn't have the knowledge or tools to do the job, person B who does, can do the plumbing for credit which can be spent with person C for material goods, who in turn uses the credit to purchase reikki healing from person A. This not only eliminates money and the opportunity for the financial parasites to extract taxation, it also develops a network of people who are ideologically separate from the establishment. This can be developed into an operational opposition, building an alternative network as the basis for a post-internationalist society.


In some countries Home Schooling is illegal. Why? Because the Zionist mafia want the minds of the children so they can turn them into consuming family-rejecting politically correct robots. For parents, the most important thing is the welfare of your child/children. Giving your child over to the Zionist child abusers is the worst of all crimes. For those who are not legally compelled to send their children tom school, home schooling is essential. Your child deserves your protection. Would you hand your child over to a stranger to mentally destroy him/her, and to turn him/her into a sexual deviant with no morality, no culture, no intelligence and no future? If you send your child to school, that is what you are doing. No matter what sacrifice you must make, you must take your child out of the clutches of the social, psychological, and all too often physical pædophiles who masquerade as educators. The system is designed to destroy your child. You cannot allow this.


So, you may ask, how does this tie in with the idea of counter power? It ties in by the fact that every penny denied to the internationalists is a penny which cannot be used to justify their system. We must disengage in every area we are able to. The internationalist cabal rely on us to obey and unquestioningly cooperate with them. We don't have to do this. Taking charge of our own lives, in a manner which is free from their taxes, their surveillance, and their authority, will give us the confidence to reject more and more of the imposed establishment control. we must come to realise our own strength. By taking practical steps to disengage, by putting in the effort and not relying on the powers-that-be to tell us how to live, we will become conscious of the fact that We have reached this sorry state with the parasitic rulers governing every aspect of our lives, because We have let them. We can reverse this despotism. Living by example will encourage others to do likewise. One man or woman can have a great influence on his or her peers.


We consider ourselves powerless because we have swallowed the lies of the enemy. It is they who are powerless - they rule by fear. Once we reject their fear-mongering and refuse to play their game, they have no power over us. The only power they have is that which they have sucked from us in the manner of the spiritual vampyrs they are. In order to gain freedom, we have to awaken others so they too will throw away the crutch of big business and the state. this takes the courage to lead by example and to endure the smears and ridicule of those who are still trapped in the illusion. The prize is freedom for all of us. It is worth the work and the apparent sacrifices. The alternative is to do nothing, and accept an ever harsher, ever more banal and tedious serfdom for you and for your children.