Eugenicists Finally Got Sterilants Added to the Drinking Water

Eugenicists Finally Got Sterilants Added to the Drinking Water 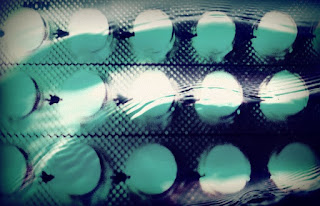 By Aaron and Melissa Dykes
http://www.activistpost.com/2015/07/eugenicists-finally-got-sterila...

For years, overpopulation alarmists have dreamed of a day when the population would be forcibly controlled in a widespread manner.

Now it would seem they are passively getting their wish.

Is it a happy accident, or a clever second-hand scheme?

As Natural News recently reported, a new U.S. Geological Survey (USGS) study published in the journal Scientific Reports has shown that birth control hormones taken by women in this country are being flushed down the toilets and making their way into waterways and winding up in our drinking water. Fish exposed to these hormones are now struggling to reproduce, and are negatively impacted for three generations out the study has shown.

We’re talking about things like a 30% reduction in fertilization rates and offspring struggling just to survive. A 20% reduction by the third generation. These effects are not short term.

And if it is doing that to fish, imagine what it is doing to the population who drinks, cooks, and bathes in tap water replete with the stuff on a daily basis.

No one has studied the bioaccumulative effect this situation has had on the human population here; and since population control seems to be a government national security effort, we aren’t holding our breath on one any time soon.

Considering that fertility clinics have popped up everywhere in the last decade to become a booming business, we can pretty much guess. It’s a $2 billion industry in the U.S. each year, and business is booming.

According to The Guttmacher Institute, a Planned Parenthood ally, more than 9.7 women in the U.S. take birth control pills on a monthly basis — over 16% of the female population aged 15-44. That’s a lot of hormones being dumped in municipal water supplies every day. Traditional filtering methods employed at most water treatment plants don’t remove pharmaceuticals including these hormones. Synthetic hormone 17a-ethinylestradiol, or EE2, is the common birth control pill additive that people are consuming in tap water supplies daily without even realizing it. Traditional drip water filters will not get this drug out, either.

It’s safe to say a large portion of the population — men, women and children alike — is essentially drinking a sterilant on a daily basis, and that’s before even getting to the potential widespread feminization of men. (On a side note, were you aware there was a plot during World War II to feminize Hitler by adding estrogen to his water?)

“Fertility control agents in water supply” was exactly what was listed in the horrifying leaked memo written to Bernard Berelson, president of the Rockefeller-founded Population Council, by Frederick S. Jaffe, vice president of Planned Parenthood – World Population, found in “Activities Relevant to the Study of Population Policy for the U.S.” dated 3/11/69 under the heading “Examples of Proposed Measures to Reduce U.S. Fertility, by Universality or Selectivity of Impact”. So were things like “encourage increased homosexuality” and “alter image of ideal family size” (overpopulation propaganda, anyone?) alongside forced abortions for out-of-wedlock pregnancy and “Compulsory sterilization of all who have two children except for a few who would be allowed three”.

Measures that would be impossible to do through government policy due to public outrage is happening on a population-wide scale as a de facto side effect of our drugged society.

While it may not technically be forced mass drugging, the leached chemicals are difficult if not impossible to avoid — particularly for average Americans, who have been told to drink 8 glasses of water per day. Kind of eerie, particularly when you consider how giddy it must make those who have quietly advocated these measures for decades.

Instead of being able to forcibly add sterilants in the water, people like the Rockefellers through their foundation have spent millions developing birth control pills and pushing them on women across the country and around the world for decades now through family planning programs. The byproduct? Sterilants in the water.

(And a society with no future…)

They finally did it.

Aaron and Melissa created TruthstreamMedia.com, where this article first appeared, as an outlet to examine reality and the news, place it in a broader context, uncover the deceptions, pierce through the fabric of illusions, grasp the underlying factors, know the real enemy, unshackle from the system, and begin to imagine the path towards taking back our lives, one step at a time, so that one day we might truly be free...

This article may be re-posted in full with attribution.

rlionhearted_3 favorited Guardian of Scotland's discussion Why are magnets sticking to the injection sites of those that have taken the Covid 19 injections?
19 hours ago