Existence of God? There is no Question Pt. 2

In the 1970's as more and more satellite data came back from orbiting satellites around earth giving us further details about our blue planet many NASA scientists felt the presence of God was as the creator. In statements that were made in TV documentaries that indicated the huge files of data being downloaded from satellites our scientists became even more in awe of what they saw as evidence of divine intervention behind the insurmountable deluge of new information on the miracle of earth. Today they would never be allowed to express their opinion about their beliefs as apparently the federal government is not in the business of speaking about God, ironically, even though our founding fathers fashioned our entire concept of freedom and our Constitutional rights from the Bible. 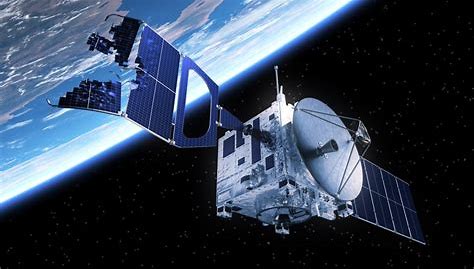 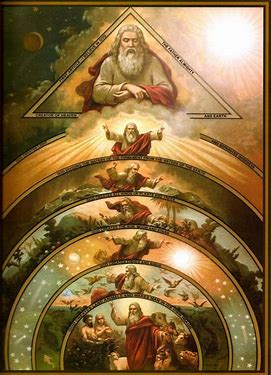 In the early 1990's Smithsonian Institute scientists began the study of intelligent design of the universe. The idea that a superior intelligence was responsible for the fabrication of this dimension of the universe as we know it was based upon how a universal being would go about articulating matter. Since in the Bible it says that God made man in his own image, then why wouldn't God approach creation of the universe based upon a logical pathway? That pathway was determined based upon the table of elements. With the progression of all known elements being a matter of molecular structure. 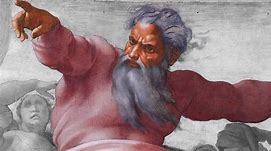 Foundations of the universe

Since atomic structure was all about the number of electrons it took to form elements the most prevalent element being hydrogen, the fuel of the stars which in turn creates hydrogen as an exhaust by product of fusion-the two most essential elements and simplest molecular structures would transform into variation from carbon and then into such materials as gases such as oxygen, solids such as basalt, and even silicon into sedimentary forms. These would be the building blocks of the stars and planets formed from nebulas within the galaxies that would occupy the fabric of the time-space continuum. The more electrons the more complex and diverse the properties of the elements would be also accounting for the difference in atomic weight. 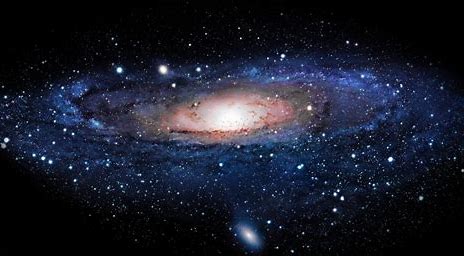 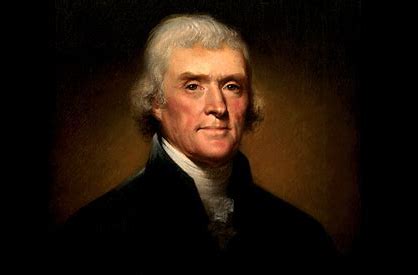 Of course the secular movement that claimed there should be a separation of church and state wrongly interpreted that definition based upon a Thomas Jefferson letter to the Danbury Baptists where he wanted government out of the church but wanted the church involved in government for the moral and ethical influence it would have upon lawmakers. It is sad that in today's divided world we see how the separation of church and state as intentionally dictated by the Democrats removing the "Ten Commandments" from the entryways of federal and state courts etc. has led to a government that will allow abortion, funding of transgenders to an enemy state like Pakistan, make death threats against conservatives and Christians, and even neglect national security while Americans are murdered by rioters, foreign drug cartels, and radical organizations dedicated to destroying our nation. It is easy to see what happens in the absence of God's influence.

Quite ironically, while only 6% of Americans are active in the church on a regular basis as opposed to previous generations of Christians, in nations such as Communist China millions of desperate and oppressed people are converting to belief in the Christian God so as to experience hope, forgiveness, and an afterlife that leads to a spiritual union with Jesus Christ and our Lord. Previously, they had nothing to live for but labor, iron fisted government, making a meager living, and no hope at all after a hard life. The same was observed to happen in the Soviet Union as satellite countries conquered by the Russian Communists suffered in alcoholic, drug, and impoverished despair. It got to the point as the people become more and more disillusioned with the lies of socialism and its totalitarian form or rule that Presidents of Eastern Bloc countries appealed to Evangelist Billy Graham to preach to the multitudes of disenfranchised peasants failed by the false promises of the draconian, Stalinist, state. 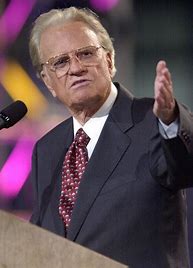 It was not until the Roman Emperor, Constantine, that finally, Christians were no longer killed in the Coliseums for entertainment as had been the case for generations. This led to the widespread proliferation of the teachings of Christ, the conversion of followers, and the proliferation of not only freedom, but the forgiveness of a loving God, not the wrath of sacrifices or atrocities that were quite common the world over in other cultures at that time. Western civilization developed the concepts of individual rights, the inhumane realization over slavery, and the progress of a more ethical society and code of laws that reflected God's influence. Without that teaching the world might have become a much darker and brutal planet to exist on even though we admittedly still have our injustices today. 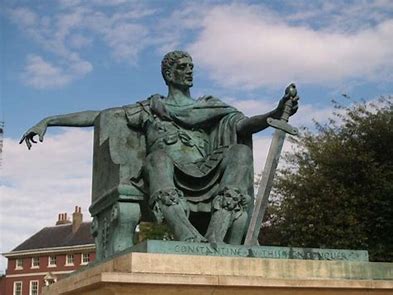 Today millions of people are touched by the courage and charity of missionaries who bring medicine, food, and ways of developing such necessities as potable water to remote villages beset by malnutrition and disease. Thanks to evangelical influence doctors visit African rural lands where children with tumors or clefts receive surgical care. In the Middle East where Muslim clerics dictate access to desert towns in need of supplies and medical care, Christian missionaries risk their lives volunteering to help these people and then offer them belief in Christ as their savior. Thanks to Christian influence cannibalism has been abolished through out the world. Yet, with the influence of secular perversion millions of babies are dismembered while in the womb for the sake of convenience under the false narrative of women's health. Evil is ever present and these is a very real entity behind it. As late as the early 1960's a group of Christian volunteers were murdered by Pygmy tribesman in South America. 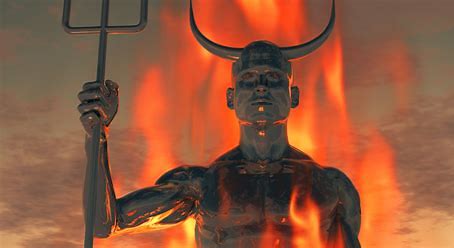 Is there really no devil?

In Saul Alinsky's book, "Rules for Radicals" the leftist author pays homage to Satan, as he recalls, being the first revolutionary. Alinsky marveled at how the Mafia used threats and intimidation to master their opponents, and he sought to bring that level of suppression over his political rivals as well. Communism, statism, collectivism, socialism, always touted as competing ideologies compared to free enterprise and capitalism have been characterized as being nothing more than criminal enterprises used to oppress the masses who are brutally ruled by an elite few just as organized crime maintains a ruthless hierarchy ready to make a bloody example out of who so ever attempts to bring love and compassion to the suffering citizens of merciless regimes. Once again, as America today is being subverted by the left we can see how the vacuum left by immorality and sin has infected even the highest positions of government and courts where justice is allowed only to the wicked ruling class! 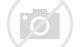 If we were to define evolution as the sole mechanism of creation then we would have to accept that a man by the name of Charles Darwin, who had a hatred for the Christian God and by observations he made at a small sample of the earth at the Galapagos Islands the epicenter for his theory, then we would be denying volumes of contradictory findings that are leading many scientists to turn away from evolution in favor of other forms of natural development of the species even allowing for the idea of creationism. As Einstein once said, "God does not play dice with the universe." Attesting to the divine and predictable order of the universe by its creator.

What would the world be like if not for God? 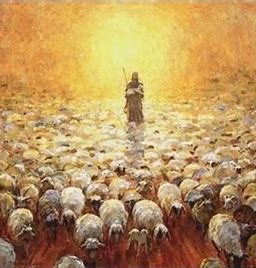 Try to envision a world that was truly governed by survival of the fittest. Where only the strong pass down the dominant genes and allow the privilege to. Imagine a world where compassion is seen as weakness and unproductive because charity to the unfortunate or the mentally challenged is an evolutionary glitch that needs to be purged as only the genetically superior should be allowed to succeed. Does anyone remember what the concept of an "Aryan Race" meant to humanity? Anyone remember what the preponderance of evidence for Communism and its false promises do for an evolutionary rationale?

Here are the perfect fallacies that would prevail if charity and compassion were non-existent in a society where only the strongest were allowed to prevail because there was no moral or ethical justification where evolution without a loving compassionate God were to dominate the world. No tears would be shed for the unfortunate or afflicted as this would be seen as non-essential and inconvenient. Some see nature itself as the perfect social formula where animals do not display conscience only the, instinct for survival. This is seen as true innocence. So the Grizzly eats the deer without remorse where as it would also eat a human child with as little consideration. Without God we would be little more than animals. Man is more than that and it did not happen by accident or by molecules who began replicating themselves in the primordial slime of a molten planet we call "Earth" billions of years ago by some freak chance of nature. 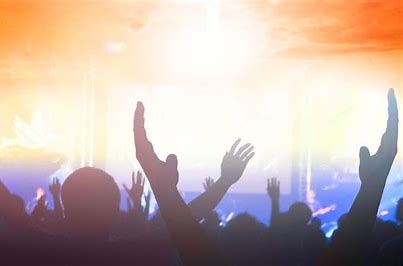 Phyllis Maka commented on Phyllis Maka's blog post WHO Insider Blows Whistle on Gates and GAVI (Video)
"Corporate government(s) trading companies illegally operating as governments, are all under the…"
2 hours ago

"If it doesn't come with free lithium batteries not buying it. "
3 hours ago

"I'll bet both of them basically contains the same crap in one way or another. It just depends…"
3 hours ago

"It did get a job in the Biden administration because it's a freak.  The most important…"
3 hours ago