My take on this is different. The police officer is free of charges, but he lost his job anyways. Look at the US as a whole. Very few places in the world have the same police system as we do. But you can't read a paper or watch the news anymore without hearing the police somewhere in the US shot and killed an unarmed suspect. Even during the most volatile of riots in the past very few were killed, and even those few had to deal with the public protest at a grand scale.

A majority of police officers a decade ago never drew the weapon unless they intended to use it. They also had good reason to use it. Today is not the same as a decade ago. Second nature or what ever the reason people have died in their homes and on the streets.

It will not get better until our courts get a grip on how they handle cases, and penitentiaries are treated as rehabs instead of solitary confinement facilities. I just think police are as fed up as much as the suspects, courts, and attorneys are. Something has to change. It's very obvious that our system of punishment is not working. It never worked for POW's so why does our penitentiaries treat them the same?

And don't get me started about prison conditions. I don't give a damn if they eat bread and water. Watch a few episodes of Lockdown. Lockup, whatever it's called. If you rape, steal from hard working folks, go on a murder rampage of innocent people-your azz needs to be locked up! The people that are working trying just to feed their families, keep a roof over their head, they are paying for your housing and your food! Those thugs can rot. The taxpayers don't owe them a damn thing,

They want this country divided, it's getting done. The communist party I blogged it, used all 83 cities of protests to "train" protesters. Look at the 10 planks of communism. Bout done.

Truth is, I am the first to scream about police brutality,  but any sane person does not charge a cop with a gun! You don't try and take his gun away! That man was not shot in the back despite all the headlines and tv news drones-they are on a mission to divide this damn country and THEY HAVE!

Mothers should teach their children to not be thieves.  That guy was no saint. 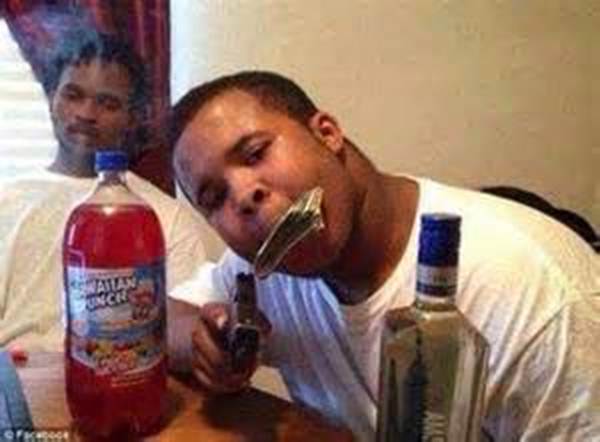