The workshops are organized by the student organization Sexual Health Education and Advocacy Throughout Harvard. Its members did not respond to repeated requests for comment. A Harvard spokesperson also declined comment.

Since 2012, SHEATH has hosted Harvard Sex Week every fall, according to its website.

“Sex Week intends to both educate and advocate, providing a platform for self-exploration and community dialogue,” it states. “We intend to promote a week of programming that is interdisciplinary, thought-provoking, scholastic, innovative, and applicable to student experiences in order to promote a more holistic understanding of sex and sexuality.”

On Wednesday a “Tantric Sex 101” workshop was followed by a panel on racial preferences and dating. Thursday brought an STD panel and reproductive justice workshop to campus.

On today’s docket are panels on BGLTQ and intimacy. This weekend will offer “Body Positivity: Fatphobia and Liberation,” “Getting A-Head in Life: Oral Sex 101” and a “sexy trivia” game, according to the schedule.

While organizers of Sex Week do not appear interested in discussing their programming, The College Fix reached out to renown author and cultural critic Mary Eberstadt to weigh in.

“Harvard Sex Week is corporate exploitation at its sleaziest. Students should be protesting this cynical attempt to pick their pockets and degrade their romances — not lining up for instruction about practices that will land some in the emergency clinic,” she said in an email to The College Fix.

“It’s especially ironic that Sex Week gets Harvard’s imprimatur even as some of the men of #MeToo are appearing in courts. Sex Week promotes the same deformed view of the human person that led such men to harassment and assault in the first place: one dominated by pornographic narratives according to which human beings are always and everywhere available for any sexual permutation, no matter how problematic to their psyches or inimical to their health,” she said.

“It’s past time for these travesties to be shut down — and for the corporate sponsors of this toxic worldview to be ostracized like any other companies promoting public harm.” 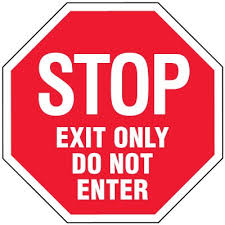 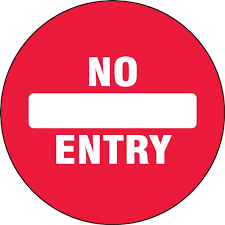 steve replied to steve's discussion REAL IMPORTANT PLEASE WATCH AND PASS TO ALL NON SHEEPLE
"Chris It must be on your end, it still works fine from W Va. Steve"
10 hours ago

cheeki kea replied to Guardian of Scotland's discussion Why are magnets sticking to the injection sites of those that have taken the Covid 19 injections?
"Whoa good find GoS, this will show everybody what they are capable of and Have done to creatures in…"
13 hours ago

cheeki kea replied to steve's discussion REAL IMPORTANT PLEASE WATCH AND PASS TO ALL NON SHEEPLE
"ha, if bitchute sold out it wasn't quick enough. Try going to bitChute and stamp in…"
13 hours ago

Chris of the family Masters replied to steve's discussion REAL IMPORTANT PLEASE WATCH AND PASS TO ALL NON SHEEPLE
"Blocked! Looks like Bitchute sold out."
17 hours ago

Chris of the family Masters replied to Guardian of Scotland's discussion What are the adverse effects of being exposed to those who have taken the Covid 19 injections when you have not taken the injection?
"Blocked!"
17 hours ago

steve replied to Guardian of Scotland's discussion What are the adverse effects of being exposed to those who have taken the Covid 19 injections when you have not taken the injection?
"Hey GoS         Here's some good answers to your…"
20 hours ago

steve replied to Guardian of Scotland's discussion Why is it still indicating that this site is not secure when attempting to access 12160.info? Does anyone know?
"Yea what Burbia said truth is anti juicesesses, I get the "warning everytime I empty…"
20 hours ago