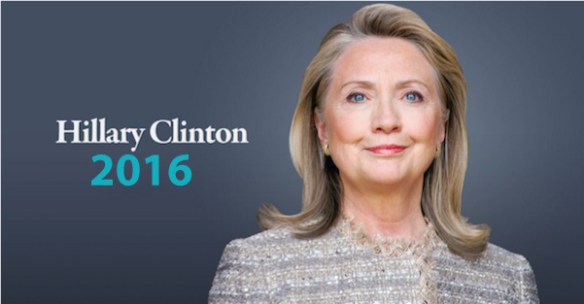 We have a very serious problem with Hillary. I was asked years ago to review Hillary’s Commodity Trading to explain what went on. Effectively, they did trades and simply put winners in her account and the losers in her lawyer’s. This way she gets money that is laundered through the markets – something that would get her 25 years today.

People forget, but Hillary was really President – not Bill. Just 4 days after taking office, Hillary was given the authority to start a task force for healthcare reform. The problem was, her vision was unbelievable. The costs upon business were oppressive so much so that not even the Democrats could support her. When asked how was a small business mom and pop going to pay for healthcare she said if they could not afford it they should not be in business. From that moment on, my respect for her collapsed. She revealed herself as a real Marxist.

Now, that she can taste the power of Washington, and I dare say she will not be a yes person as Obama and Bush seem to be, therein lies the real danger. Giving her the power of dictator, which is the power of executive orders, I think I have to leave the USA just to be safe.

Hillary believes in government at the expense of the people. I do not say this lightly, because here she goes again. She just appeared at a Boston rally for Democrat gubernatorial candidate Martha Coakley on Friday. She was off the hook and amazingly told the crowd gathered at the Park Plaza Hotel not to listen to anybody who says that “businesses create jobs.”

“You know that old theory, ‘trickle-down economics,’” she continued. “That has been tried, that has failed. It has failed rather spectacularly.”

“You know, one of the things my husband says when people say ‘Well, what did you bring to Washington,’ he said, ‘Well, I brought arithmetic,’” Hillary said.

I wrote an OpEd for the Wall Street Journal on Clinton’s Balance Budget. It was smoke and mirrors. Long-term interest rates were sharply higher than short-term. Clinton shifted the national debt to save interest expenditures. He also inherited a up-cycle in the economy that always produces more taxes.

Yet she sees no problem with the math of perpetually borrowing. Perhaps she would get to the point of being unable to sell debt and just confiscate all wealth since government knows better. Their job on keeping Ebola out is just fantastic so far? Just a few people popping up here and there. Maybe everyone from New York should get a free weekend to visit Washington.

Central Scrutinizer left a comment for jittery
"Glad ya made it here Jittery, enjoy the ride!!!"
18 minutes ago

jittery is now a member of 12160 Social Network
35 minutes ago
Welcome Them!

Chris of the family Masters posted blog posts
49 minutes ago