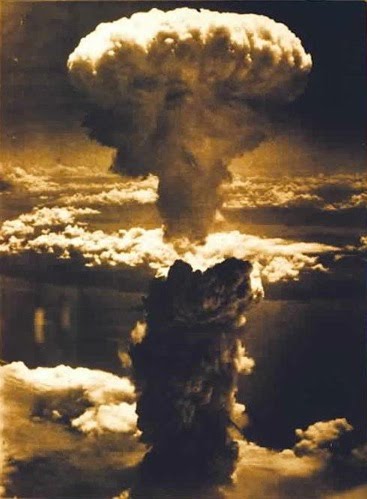 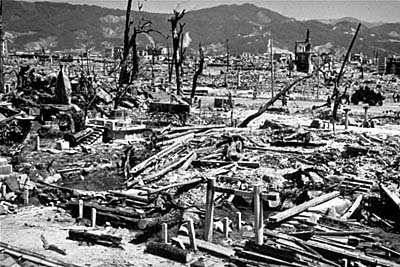 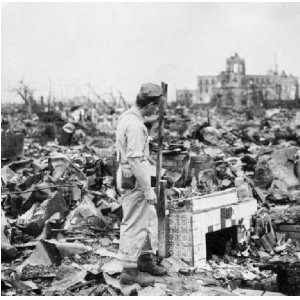 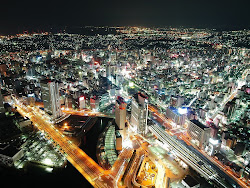 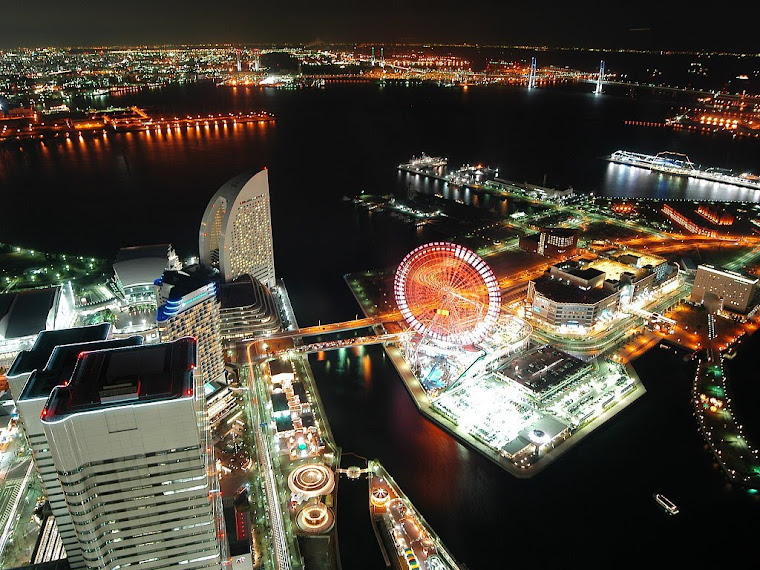 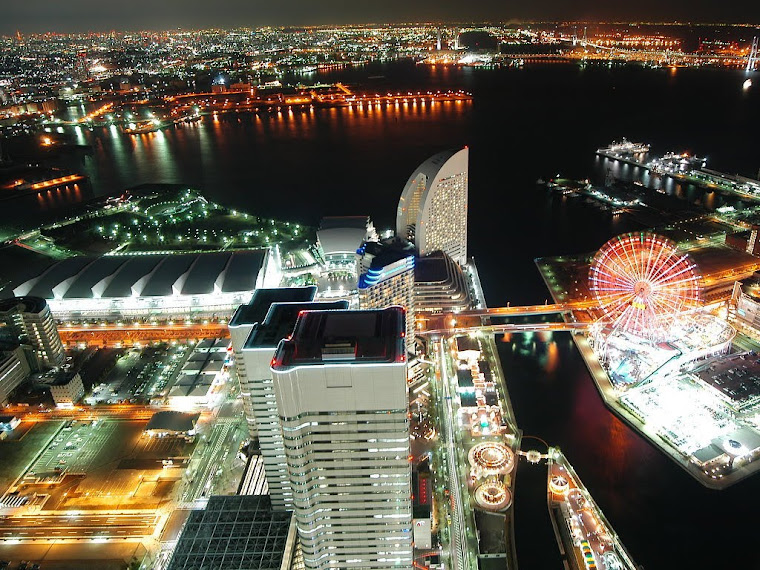 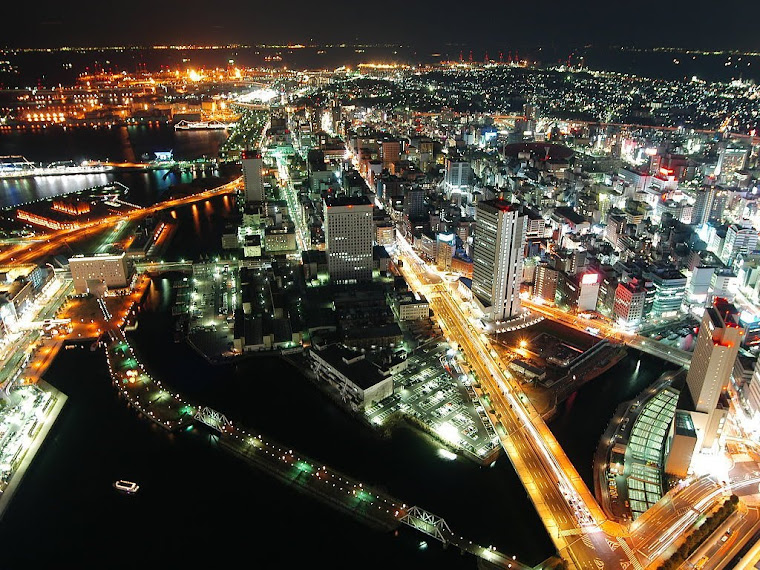 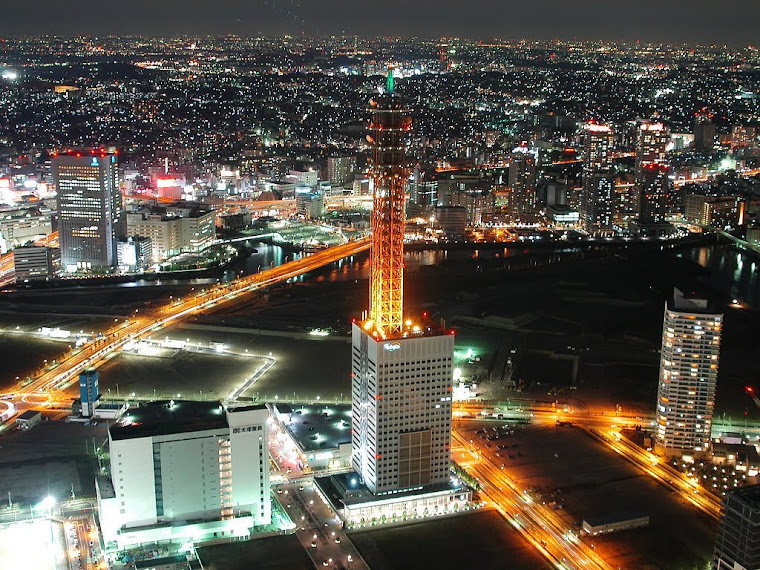 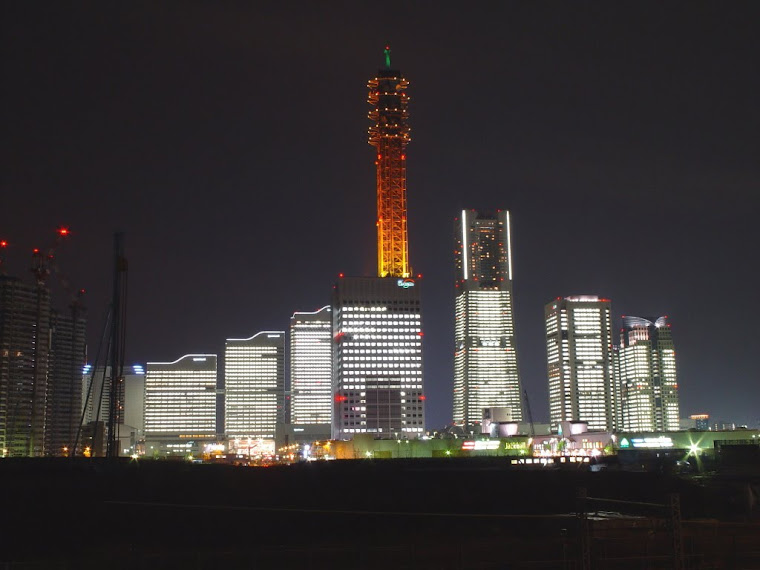 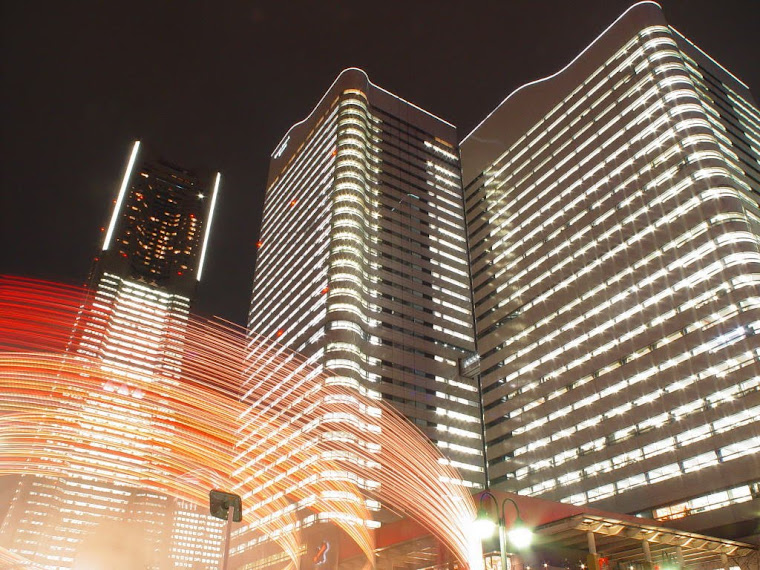 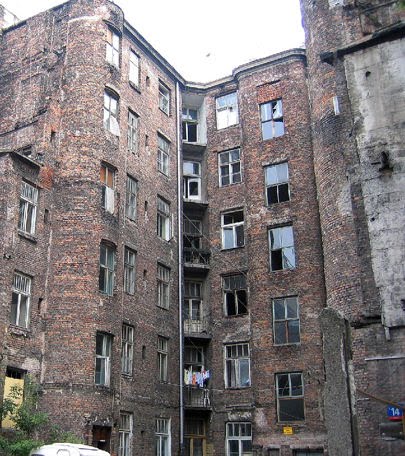 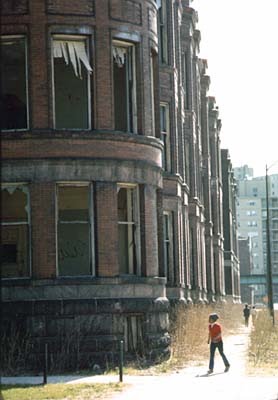 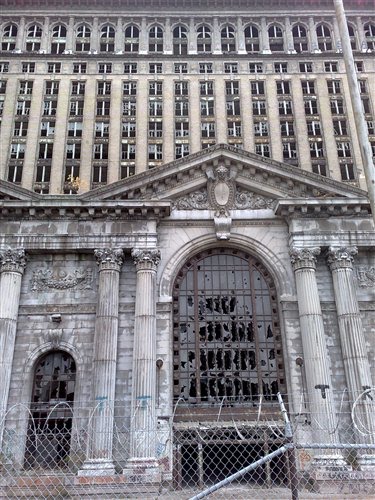 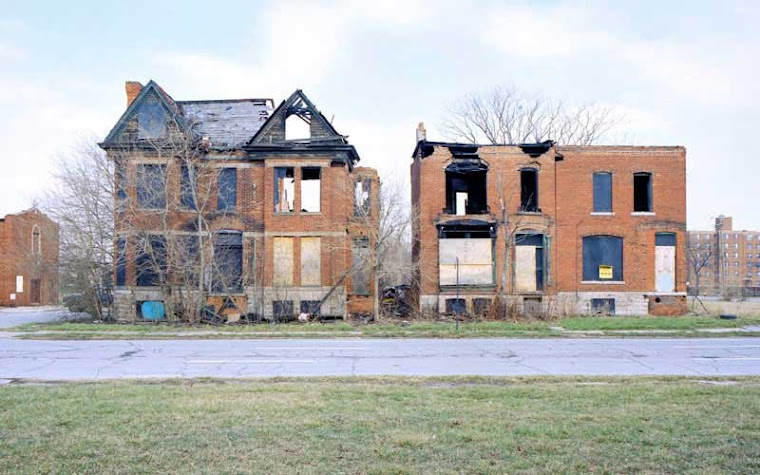 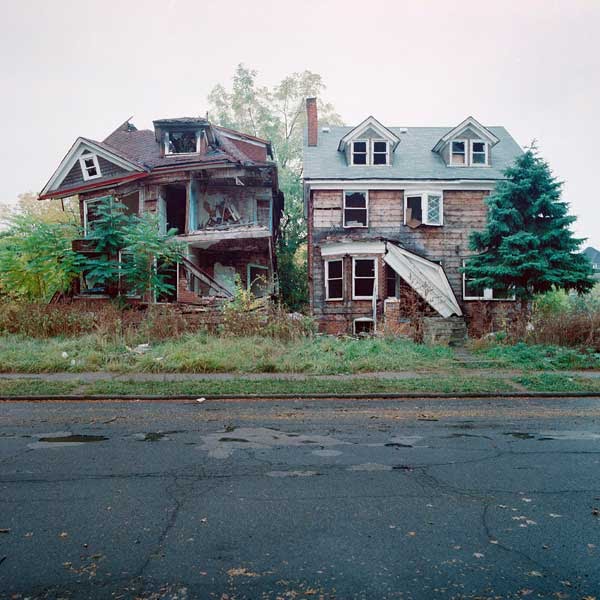 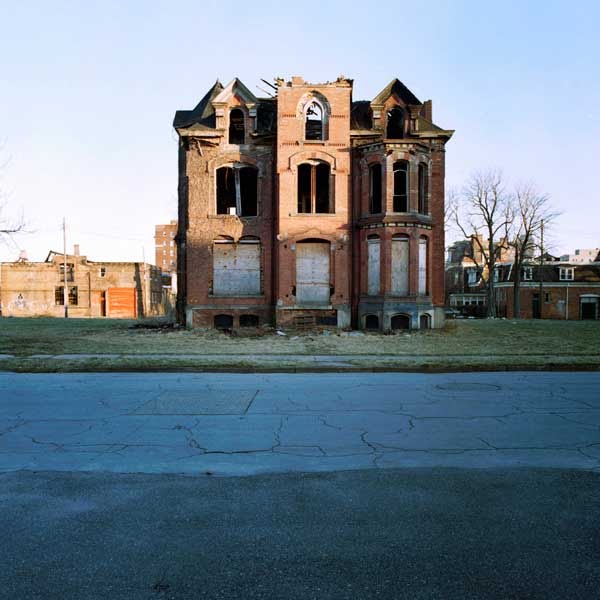 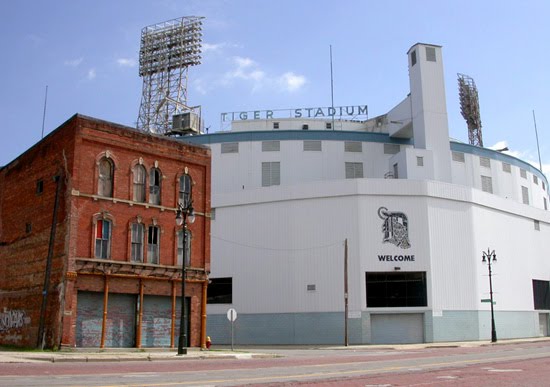 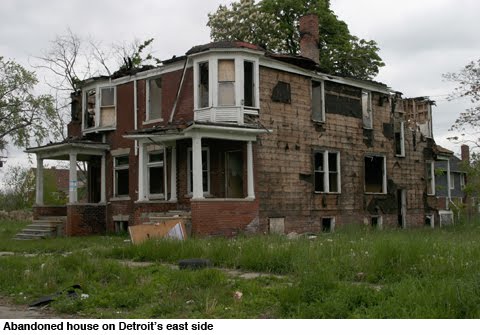 WHAT HAS CAUSED MORE LONG TERM DESTRUCTION – THE A-BOMB OR U.S. POLITICS?

"In a recent study by the Baltimore-based Annie E. Casey Foundation, comparing statistics for its Kids Count report, the organization reported that Detroit ranks No.1 in unmarried births among the nations 50 largest cities. Of the 16,729 babies born in Detroit in 1997, 13,574 were black, 1,679 were white and 817 were Hispanic. Seventy-one percent were born to unmarried mothers. This

Why Kids Don't Do Well in School

teacher of an all-black class in a high school in Alexandria, Virginia, who

expressed his frustration at how poorly the students were performing. The class

Africa. In a moment of exasperation, the teacher blurted out this question to the native-born students: "Why don't you guys study like the kids from Africa?" One of them shot back the answer.

The kid replied, "It's because they have fathers who kick their butts and make

them study." Another student called out: "Ask the class, just ask how many of us have our fathers living with us."

Comment by Rob wick on July 24, 2010 at 11:00am
All though Hiroshima is a beautiful city and even more so at night, I must point out that the majority of the photos that are shown here are from the Yokohama minatomirai area. The largest building is Landmark Tower.
The same image does apply though, During WWII most all of Yokohama had been firebombed by the allied forces and many, many people wiped out. Much mike what had happened in Dresden.
As for Detroit, I am sorry to say that it is the model of things to come if we can't wake enough people.

Comment by JoJo on July 15, 2010 at 6:59am
How about posting in addition to the Det'rot pictures, after 60 years the rebuilding of Palestine in the Ashkenazie occupied 90% of once called Palestine lands--on behalf of stupid tax paying Canadians and Americans.
Please let us not blame the chinese.Here is a good example--Once was a Jew from Hungry that came to Canada with little money,changed his Whoish name to Bata. A shoe cubbler by trade. Started making and hacking shoes and paid alot of politicians off.Got million$ in government loans and bribed most politicians to pass laws--no shoe imports. Great for the shoe repair business--every business corner had a shoe repair. Back in the fifties.Lucky to own a second good pair. Most folks today have over 10 good pairs and when need repair--(shoe lace broken ,new $3.50) trash can-- Almost better to buy new shoes from china. Very dangerous to blame outsiders on your stupidity. Time to cure the infestation problem--cure ,Max.Term limits for every Fed politician--2 X 4 years and one term of 5 years for preident. Cause you don't elect the president---the Kosher backroom Clut boys do :^/

Comment by Democracy Referendum on July 7, 2010 at 8:02pm
Nixon and Kissinger began selling America out to the Chinese under the banner of "Free Trade". Large corporations were also guilty. It was the beginning of an economic war waged against Americans on American soil, with China's population being used as a weapon. Nixon and Kissinger and CEO's are traitors. And economic war on Americans continues to grow. Your images of Detroit vs Hiroshima says it all.

MAC replied to MAC's discussion Putin's Chilling Message to the West at the 10th Moscow Conference on International Security
"Putin the right man in the right place at the right time, stomping the nwo asshat country's…"
58 minutes ago

cheeki kea commented on Less Prone's blog post The provocation is getting worse: Finland and Estonia are planning to set up a missile system to block Russia's Baltic fleet
"Finland shouldn't tie bows with Sweden and others if the provocative move brings disharmony to…"
1 hour ago

"Ol trumpy bear is a damn good salesman/circus barker if nothing else. He could sell ice to eskimos…"
1 hour ago

steve commented on Less Prone's blog post The provocation is getting worse: Finland and Estonia are planning to set up a missile system to block Russia's Baltic fleet
"These cowardly prix think the distraction of war will save their scrawny necks come just desserts…"
1 hour ago

Less Prone commented on Less Prone's blog post The Malone Institute presents: World Economic Forum Project
"Thanks for bringing this up, Steve. The world is a big circus with bought out political clowns…"
2 hours ago

"Hey all Check this out then tell me it ain't all scripted. trumpy bear appointed this…"
4 hours ago

Parrhesia commented on Doc Vega's blog post This is What Happens When You Abandon Your Allies in Afghanistan
"Steve- I've already been outed as a KGB Agent.  That's why I find it offensive when…"
6 hours ago

steve commented on Doc Vega's blog post This is What Happens When You Abandon Your Allies in Afghanistan
"Hey Parr, or in the delusional mind of our weepy poet Hey Alter or invented ego or supporter or…"
6 hours ago