Living in Los Angeles as a little kid until I was through first grade, I had no idea what I was about to face once my dad relocated the family to Dallas, Texas and we entered the Richardson School District ranked 3rd in the nation at the time. Compared to the education I was getting in LA the normal classes of the Richardson school district were extremely advanced! A kid was going to have to wake up and smell the coffee and get with it or get left behind. About the only thing I remember positive about the LA school district was my first grade teacher warning about the “Iron Curtain” that divided Europe, of course, being a little kid I visualized a giant metal set of drapes stretching across the land, but she was making a political point. This woman had lived under Communism and was warning us as children what could happen to America. She was right. 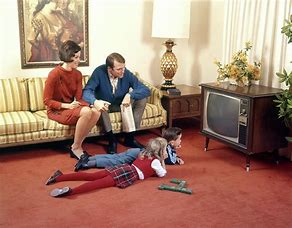 An embedded piece of metal

The following incidents helped me understand clearly what the difference is between neglectful and negligent parents and loving and responsible parents. Truly valuable lessons impressed upon me at an early age. Out on the black top playground there was a boy. Didn’t know his name, but he had a strange peculiarity to share with me. Under the skin of one of his fingers was a large metal burr that he had accidentally gotten in his hand and it must have been painful. It had come off the chain link fence. I asked him why he hadn’t had a doctor look at it but he wouldn’t answer me. I felt sorry for him but it dawned on me that his Mom and Dad should have done something about it, but they didn’t. Was he afraid to even tell them?

Who would do this to a kid?

One day during lunch some kid had gotten my paper sack lunch and I had gotten his. Inside his wrinkled and filthy lunch sack was nothing more than some crushed cinnamon graham crackers in what was left of the cellophane wrapper. I looked at that and wondered what kind of mother would send her son to school with a lunch like this? I couldn’t bring myself to touch this crap. Finally, I looked around and found the kid who’d gotten my lunch. He had a sour expression on his face that said he didn’t like having what I usually ate. He gladly exchanged my bag for his and he had partially eaten half my sandwich. My Mom usually packed a sandwich baloney and cheese, tuna, or the like, with a bag of chips or Fritos, and a snack like a Hostess Cup Cake along with an orange or apple. I never knew how much I appreciated a lunch like that until I saw what this poor kid was forced to eat or maybe was just fending for himself. 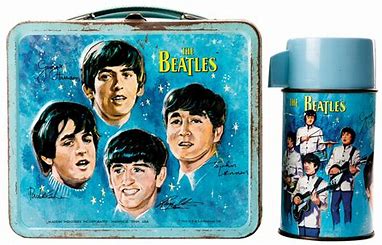 Growing up, many of us don’t learn practical lessons about how lucky we might be to have caring parents. We tend to take much for granted until that moment of truth arrives when suddenly we are faced with the harsh reality that all families are not equal or loved and cared for. I considered those early lessons worthy of remembrance. I would later become a single parent in the years that would arrive and I tried to make the four kids I raised by myself for more than 10 years as secure and having normal childhoods as I possibly could. At that time it was very uncommon for a man to have custody of his children as the courts would award custody the vast majority of women at the time whether the mother was a fit parent or not. I learned very quickly how many women seemed to intentionally or unintentionally punish their kids because they were single parents even when they were also getting generous child support from the estranged father. I was not so lucky. I ran my own business and supported my kids with my own earnings at a time when a recession marked the consequences of a Democrat administration and their failed economic policy. However, those early lessons of mine helped me be a better parent for the sake of my loved ones.