How Obsolete Warplanes Changed the Course of History Part II 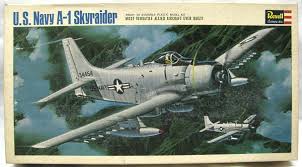 The year is 1945 World War II is just about concluded. The bloodshed has finally stopped, but this will not end either the “Cold War” between the super powers or the death and destruction of future conflicts. The P-40 Warhawk in 1941 aided humanity by putting a roadblock in front of unopposed Japanese aggression against China as thousands of defenseless civilians were sadistically bombed in cities like Nanking until the arrival of the Flying Tigers. Claire Chenault’s AVG began effective resistance that not only caused great air to air casualties among the Japanese fliers but in many cases put an end all together on the bombing campaign using nothing more than a handful of American aviators and flying machines. To this very day the Chinese have a ceremony honoring the bravery of the fighter pilots who selflessly weighed in on an international tragedy and made a huge difference in alleviating human suffering and slaughter.

In 1945 in answer to Germany’s advanced military jet and rocket planes the Allies devise their own. The British come up with the Gloster Meteor while Lockheed produces the P-80 Shooting Star. In 1943 Lockheed’s Shooting star is designed, developed, and manufactured in 143 days! Yet, only sees limited service with 2 years of World War II left to play out. Gloster’s Meteor becomes operational too late to take on the ME-262, Germany’s highly advanced swept wing Jet Fighter. The P-51 Mustang Pilots and the British Spitfire drivers must deal with the new jet age by themselves as the Messerschmitt made jet wreaks havoc among US B-17 and B-29 bomber crews during their deep penetration bomb raids over the Nazi heartland.

Some US fighter pilots and their British colleagues have to push their engines to the point of redline to get 500 mph out of their 400 mile per hour airframes in order to “Bounce” some of their ME-262 German counterparts. Achieving such speeds while in a steep dive then turning or using their momentum to climb at high speed in order to catch up enough to fire upon their faster opponent the ME-262. The Allied pilots do manage a few kills sometimes concentrating their fire power while in formation like a shotgun brings down a Quail. Other times they manage to catch the ME-262’s while taking off the runways before they’re up to speed or landing when they’re low on fuel. It is only with sheer greater numbers that the Allies are able to stem the tide as Germany cannot produce enough of the superior jet fighters to change the course of a war they are rapidly losing!

Rise of a new enemy

Several years later after a bloody civil war in China that Supreme Commander General George Marshall decides to withhold aid and supplies to Chiang Kai Skek’s Nationalists over and in doing so enables a new Communist regime to rise to power under Mao Zedong! Emboldened by their victory Mao encourages North Korea to attack its South Korean neighbor for what will be a long history of aggression and provocation. In 1950 the Korean War erupts as the North invades the south plundering and pillaging an unprepared South Korean nation. President Truman reacts by sending in young inexperienced National Guardsmen, untested Army cooks and officers, and World War II issue uniforms and equipment. The result is thousands of casualties as young American men fresh out of high school quickly become cannon fodder. Only after Marine units are rushed into service supported by naval aircraft and tanks does the situation stabilize, but losses are horrific as many think America was less prepared for the Korean conflict than it was when Pearl Harbor was attacked.

In all this the US Navy fields two subsonic carrier deck launched jet fighters inferior to the surprise appearance of a new enemy jet the MIG-15. The Russian built fighter quickly proves itself in battle. With only the P-80 of the USAF and the F-9F Panther another straight winged jet fighter launched from US Naval Carriers the faster and more maneuverable MIG-15 much like the Japanese Zero at the outset of World War II becomes the superior aggressor to beat! The swept wing MIG with a large rear tail proves to be a superior dogfighter.

Yet, in the first weeks of the Korean War the US Navy and Air Force bring in World War II Corsairs, Mustang P-51’s, F-82’s the twin boom Mustang, P-47 Thunderbolts, and other vintage warplanes in an attempt to assault ground targets and reduce the huge ground advantage of the North Korean Army supplied and backed by Russia and China. MIG-15’s swoop down on the US inventory of slower jet fighters and World War II relics and take their toll, yet ironically the first recorded air to air kill over Korea is of a MIG-15 by the Lockheed built P-80 Shooting Star before the Russian built warplane begins racking up air victories! Not until the arrival of the North American built F-86 Sabre Jet does the MIG-15 pilot meet his match. The USAF F-86 scored almost 800 kills against the MIG’s losing only 78 Sabres racking up a 10 to 1 kill ratio.

It is noteworthy that during Korea and the Vietnam Wars US World War II veteran pilots who had fought in propeller driven fighters became Aces (5 enemy aircraft kills) some in all three conflicts. Notably, Robin Olds and Chuck Yeager veteran US fighter pilots would each fly in Vietnam and end up becoming Brigadier Generals before retiring. Each man had honed his skills in a vintage propeller driven fighter in the beginning of his career only to be taking on an enemy in the newest design advanced fighter bombers of their time.

Humbled by a vintage machine

In 1971 two MIG-17’s flown by North Vietnamese pilots were brought down by an World War II era designed propeller driver fighter bomber made by North American known as the AD-1 Skyraider. Thanks to the versatility and toughness of the design this aircraft enjoyed a long career life in several variants and served in the US Navy as well as the US Air Force. In Vietnam the aircraft was used extensively for ground attack as it could pin point targets better, was tough enough to withstand ground fire, and could loiter over the enemy much longer inflicting punishment much longer than the F-100’s or F-4’s that would drop their bomb loads at high speeds and depart the area. The MIG-17 was a second generation subsonic jet fighter more advanced than the MIG-15 and could give US jets all they could handle in a dogfight, but to have 2 MIG-17’s downed by World War II era AD-1 Skyraiders was miraculous to say the least!

The Gulf War and Operation Desert Storm were the most recent conflict to witness the use of an obsolete aircraft contributing greatly in air battle. As the US military engages the Iraq Army under Dictator Saddam Hussein a wide region of deployment and the third largest standing army in the world faces a US military largely untested since Vietnam. With only small operations like Grenada, the bombing of Libya against Muammar Gaddafi for his part in supplying terrorist operations against US and its allies, and a dogfight between 2 F-14 Tomcats against MIG-21’s that ended badly for the aggressors, America’s men and women enter harm’s way again. Some of the newest weaponry technology developed recently will be deployed to minimize loss of life and speed up the end of the war.

An old timer to be reckoned with

Yet, on this futuristic battlefield of laser guided missiles, cruise missiles, digitized electronic surveillance, and the latest military jets there is an old gunslinger among the bunch. It has been in service since 1959 and phased out many of the well-known SAC interceptors of the 1950’s such as the F-100 Super Sabre, the F-104 Starfighter, the F-106 Delta Dagger, and the F-101 Voodoo. Yet, now it is in the foreseeable retirement of its admirable service and that is the F-4 Phantom. The McDonnel Douglas aircraft having served in Vietnam as a fighter bomber, Wild Weasel Program, interceptor, and reconnaissance role in many variants this noble fighter is now over 30 years old! The F-4 Phantom was the back bone of the Israeli Air Force in two wars serving as an air superiority fighter as the tiny Jewish State surrounded by hostile Arab neighbors fought off its enemies against all odds.

In Desert Storm against the hostile desert conditions and the Soviet built new generation targeting radars the F-4 Phantom is reintroduced into the Wild Weasel role. It will challenge the enemy’s electronic warfare and destroy it by playing a deadly game of cat and mouse offering itself as a target then using a radar seeking array of missiles to take out the ground to air threat. The role of the F-4 Phantom an EWA (Electronic Warfare Aircraft) using the AGM-88 HARM missiles along with Aim Sidewinder missiles could act as a hunter killer or use its electronics package to direct another plane to an enemy target and guide the ordnance to the kill. Without this crucial role in Desert Storm many US jet fighters and bombers would have been vulnerable to Russian SA-2 missile sites and causalities would have been much greater.

While on station the F-4G model Phantom and their brave crews never lost an aircraft in one of the most hair raising and dangerous missions in aerial warfare during Operation Desert Storm. Once again an aircraft that was 32 years old at the time in 1991 comes through for our armed forces and significantly reduces loss of life. The F-4 would go on and continue service in Air Forces around the world even after being retired by the US Air Force. Serving in such countries as Spain, Israel, United Kingdom, Turkey, West Germany, Australia, and Greece the F-4 Phantom a twin engine Century Series design that began in the mid-1950’s before delivery in 1959 proved to be versatile, tough, and effective. Once again an obsolete yet capable warplane served with distinction driven by its courageous pilots. 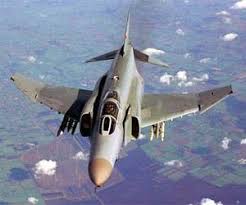 The Air Force on Monday revealed its long-range plan to eventually jettison its supersonic B-1 and stealthy B-2 bombers earlier than planned while keeping the venerable B-52, an aging Cold War workhorse that first flew in 1954 and was last built in 1962, flying into the 2050s.
The Air Force confirmed that it plans to send its two newer bombers into early retirement, but keep the B-52 in the inventory well past its 100th birthday.
“With an adequate sustainment and modernization focus, including new engines, the B-52 has a projected service life through 2050, remaining a key part of the bomber enterprise well into the future,” said Gen. Robin Rand, Air Force Global Strike Command commander, in a statement issued by the Air Force.- READ MORE

Q Anon The Code and Origination

A senior WHO official has raised hackles in Taiwan by appearing to dodge questions about Taiwan''s exclusion from the world health body. During an interview ...
26 minutes ago
0 Comments 0 Favorites

Less Prone favorited King Of Cups's blog post SCAM ALERT: A Swiss Doctor on Covid-19 and HenryMakow,com: Coronavirus is a Fraud
2 hours ago

King Of Cups's 2 blog posts were featured
2 hours ago

"He should listen to the interview. All but one media outlet turned their backs on her, and she…"
2 hours ago

"Like I keep saying, oxygen is like shielding for 60 GHz, that's why they need transmitters…"
3 hours ago