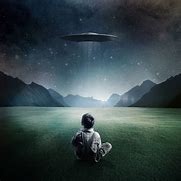 As a child my paranormal experiences began early. First as a toddler I began having lucid dreams of orbiting colorful balls, wet, levitating, and in a planetary formation. In the dreams I would walk outside the house and watch this incredible nocturnal display. I had the same dream over a number of different occasions. It seemed so real, I had no idea I was in the midst of a dream. I've had one researcher tell me I might have been abducted but had no frame of reference in which tom understand what was happening to me. Perhaps it was just a really colorful dream, but .......

Not long after this it was evening time on Stag Street in Los Angeles. My family had just had dinner. It was around sunset. I was standing on the porch when overhead I saw a red translucent globe, rotating on its axis, as it tumbled through the sky, above treetop level. It passed over the house in seconds so there was no way I could shout and get anyone’s attention. What did I see? Was it some kind of landing gear? There was no aircraft attached to it. It was no balloon. It seemed to be self-illuminated and self-propelled! I was 8 and a half years old and I can see it as clearly now as I did then. 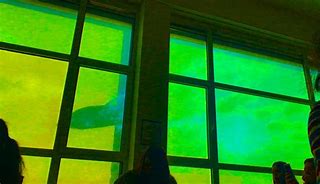 Big as a house in the night sky

Early evening, traffic in Plano is heavy. It’s the early evening rush hour. As I pass over a bridge crossing Central Expressway to my right I see a glowing green jelly fish like semi-transparent object as big as a house descending from the early evening sky. The sun has just set. I check my windshield and windows for reflections, but nothing is generating this image. It is so large and solid appearing I fear it will land on a house and crush it. Driving into the neighborhood in a northwesterly direction, I’m trying to approximate the landing zone, but I can’t find it! I give up and head home bewildered. The next day no mention of the event by any other observers. Typically people remain so pre-occupied they never bother to look up. It is a cold winter and a blanket of snow and ice have descended upon the city of Plano. I’m on a typical neighborhood street in a 20 year old tract home area. I think I’m dropping off one of my son’s friend to his house when suddenly the unexpected unveils itself. A white disk like object goes speeding over the roof tops of the houses and across the street, flying from north to south across my path. My next to youngest son sitting next to me in the passenger seat sees it too, but my oldest son in the backseat never sees it. My son and I look at each other astonished. The sighting only lasted a few seconds. Was it a sheet of ice that blew off a roof in the frigid winter wind? Definitely not! It streaked across the street seemingly as treetop level. What did I see? 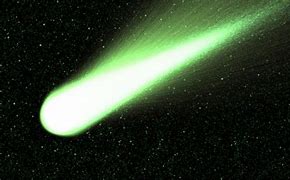 Driving north on Interstate 35 toward the city of Pauls Valley from Plano, Texas it’s the evening again and I’m headed to a house I’ve rented so that my son can play football for the high school team that went undefeated for 2 seasons and went to the state playoffs twice but lost. We were trying to get him an athletic scholarship while I still had to operate my Dallas based business so I drive back and forth. To my left as I observe the opposite side of the road I see a beautiful and luminescent green fireball come barreling out of the sky at about a 50 degree angle striking the earth! It breaks up into smaller green glowing pieces as I watch. There’s was no way in the middle of nowhere I was going to take the next exit and examine further but that was sensational! 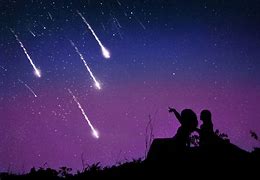 Typically, whenever I bring up these sightings most people roll their eyes and scoff or they try to be polite and get quiet while holding back their comments. Two things I can think of. As adults, most of us are so focused on personal problems or distractions we simply don’t look up and observe the sky. On one night at the house I lived at near Lake Lavon I watched as 4 shooting stars landed near me and one of those fizzled out just above my head like a sky rocket. Most people consider that to be a very magical long shot as most people just don’t see things like this, or very rarely if they do. Are shooting stars spiritual? Some people say when you see one it can mean the life or death of someone you know. Well, that’s my story. I embellished nothing. What did I see? What I’ve disclosed here is not for my own attention, but to see if others have had similar experiences.

cheeki kea commented on Doc Vega's blog post For Those Who Fight Evil
"Brains of sheep moving to slow. Lower IQ begins to show, mass immigration diluting the nation, of…"
16 hours ago

"First you see the Nordic ladies in their beautiful costumes and then you see IT. Looks like Finland…"
17 hours ago

cheeki kea commented on tjdavis's blog post Canadian Government Asissting Suicide
" Oh wow That was really said. " Trained to Eliminate those that are suicidal" Not a…"
19 hours ago