What did we see China do to instigate a pandemic scare that almost destroyed the US economy while the Communists decided to weld people into their apartments forcing them to starve to death and in many cases even ignited the structures burning the inhabitants to death! This inhuman reaction by the iron fisted Xi Jinping regime have brought praise by the globalists! Praise for locking people inside their apartments without food or water? Shooting people who are in the streets. Patrolling the streets with drones and mechanical robots to identify those exercising their right to be free? The Wuhan Lab, the cause of the massive hysteria and upholding the myth of a dangerous escaped virus that would cut American down in size economically and militarily was also used to annihilate the innocent Chinese population under the aegis of stopping the contagion through forced inhuman quarantines!

Members of the WEF, the United Nations, and other new world order advocates actually complimented the Chinese government on its despicable handling of the Covid hoax! The World Health Organization now wants to adopt these procedures in the event of new strains of the Covid virus! So, there you have it folks. Death by toxic vaccination or forced quarantine even if it means starvation and execution when you try to escape! Ignoramus Biden has donated US taxpayer funding to foreign health organizations who are ready to swing into action as soon as the next Covid variant is announced by the so-called officials on disease! As thousands are now dying from the effects of the Pfizer, Johnson and Johnson, Moderna, AstraZeneca and more , still the calls go out to another possible wave of a new strain so they can get more gullible sheep vaxed! It has been announced that there are currently 200 million doses that have not been used! Gosh, I wonder why that happened! 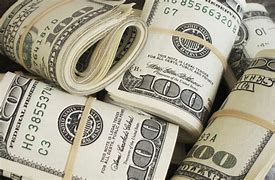 US government complicit in the scheme

We now have billions of US dollars aiding the toxic vaccines, funding world health organizations that support more lockdowns, more injections with injurious serums, made by Big Pharma companies that have been granted immunity from liability should their faulty drugs fail and cause injuries to the recipients, and have enough people gotten the message yet, or are they going to keep having their children and spouses injected? I was on Tik Tok watching the morons who advertise their ignorant, meaningless lives, because of their vain stupidity, and this woman is saying how she is going to get her entire family vaccinated, her small children, and her brainless husband. America, land of the free, home of the sheep, and warned about Tik Tok being a Chinese government organization that will use the spying social platform to collect data on Americans. This is why President Trump wanted to ban Tik Tok from the US market, but he was overruled by Congress. Our very own government would feed us to the lions and not blink an eye doing it! 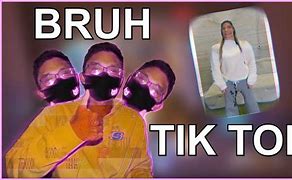 The recent G-20 conference held at a luxury resort hotel in Bali, vowed to take dramatic steps toward the formation of the global government. Restructuring of current leadership and the international economy was, of course, on their agenda. It seems they are speeding up their call to transform the world into their personal cash cow prison planet while subjecting millions to even more insane restrictions and food shortages to being about their Agenda 2030 plans. This is a grim and dark time for humanity as the evil that is being allowed is upon us!

Doc Vega commented on Doc Vega's blog post For Those Who Fight Evil
"Ha ha Good One cheeki! "
11 hours ago

cheeki kea commented on Doc Vega's blog post For Those Who Fight Evil
"Brains of sheep moving to slow. Lower IQ begins to show, mass immigration diluting the nation, of…"
17 hours ago

"First you see the Nordic ladies in their beautiful costumes and then you see IT. Looks like Finland…"
18 hours ago

cheeki kea commented on tjdavis's blog post Canadian Government Asissting Suicide
" Oh wow That was really said. " Trained to Eliminate those that are suicidal" Not a…"
20 hours ago