If You Vax Your Child Against Covid This Constitutes Child Abuse If you expose your child of any age much less from ages 5 to 14 with the highly suspect and untested MRNA injection, not only are you endangering your child, but you are committing child abuse! Listen fool! There are a wealth of prestigious epidemiologists, virologists, and doctors who have already voiced their concerns over the “Emergency Ordered” vaccine that doesn’t even impart immunity to the patient anyway! This a politicized treatment more dangerous than the virus it is supposed to treat! According to renowned neuro surgeon Ben Carson, the chances of a child succumbing to the corona virus is 0.0025 or the same chance roughly as the common flu. Why on earth would you take the chance of subjecting your child to a virtually non-existent threat!? 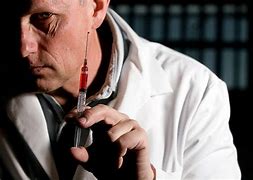 Ben Roethlisberger, starting quarterback for the NFL team, the Pittsburgh Steelers, fully vaccinated with the MRNA injection is severely sick with the alleged Covid 19 virus, if we can even believe that this is the actual sickness. How many people have been either mistakenly diagnosed as having Covid when admittedly the symptoms so closely resemble that of the common cold or flu? Ben, was athletic and in great health, but what happened to him after he took the Covid injection? Look at the backlash NFL quarterback Aaron Rodgers got for saying that he was going to take Ivermectin rather than the shot and encouraged others to seek known well tolerated alternatives that have been around for 70 years such as hydroxychloquine. Why? Why would there be a backlash when someone is suggesting a safer alternative unless it’s purely a political agenda?

Children are at the apex of their ability to fight germs, bacteria, and virus as their immune systems are superior to those of most adults, especially those children breast fed as their own mother’s immunity has also been conveyed to the child. We hear from the fake news media that the grandiose number of children vaxed has now reached 1 million! What an achievement! The cold blooded killers of the CDC, WHO, AMA, and other medical organizations supposedly tasked with seeing to it that our health is in good order have instead compromised the future immunity of millions, many have died as a result, but that information has been conveniently hidden where possible or as on the VAERS government data base site only partially reported so that we can only estimate the true damage done by this abominable politically motivated attempt at transhumanism and quite possibly genocidal agenda!

As most physicians left who still have scruples and still adhere to the Hippocratic Oath, the true implications of just what kind of genetic damage could result in the future and just how badly the natural ability to attain normal immunity could be affected, especially by continued booster shots could be immense! Never before, has a drug or so called vaccine been foisted upon the unsuspecting so unthinkingly, so rapidly with questionable trials, and so unmercifully marketed by the media and government that there should be arrests made of the responsible parties! That such an event occurred from a germ warfare lab in Wuhan, China makes the entire affair even more suspect and more of an act of war against the US perpetrated by China and even with the cooperation of the Obama Administration and Doctor Anthony Fauci who has lied endlessly and contradicted himself! We really must ask ourselves, in view of all this how is it that Fauci remains in his bureaucratic position when he obviously failed and was even complicit in funding the experiments carried out by the Wuhan Lab? Senator Rand Paul was right on the mark! 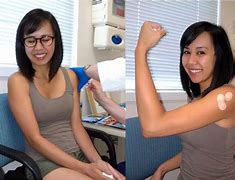 The sheeple the Biggest Problem

Yet, in all this the biggest problem of all is the American people! People of the world who have sat on their hands, complied like trained circus animals, and refused to listen to cooler heads with more analytical facts rather than succumb to the fear mongering of the US media, the government, and even physicians themselves who should have known better. This says something about human nature and how people respond to social media, the pressures, and the Lemming mentality of racing over the cliff simply because everyone around you is doing it. Once again, and I repeat! If you have your child injected with the Covid death serum you should be charged with child abuse!

"This island is far out but not far enough. Might do in meantime till we find somewhere else."
14 minutes ago