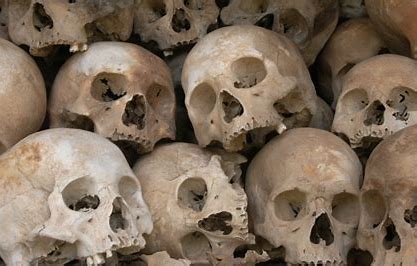 We all wonder nowadays just when the hammer is coming down. When the federal government will make the big move to finally bring the boot down on our necks while they are currently tightening the noose ever so gradually even though it seems there have been some big draconian grabs of late. So, what must you do in order to be a good little livestock animal that stays in line and doesn’t make waves? What must you do in order to be the obedient sheep that the federal government demands that you be? Probably number 1 would be the low information voter. Stay out of the weeds of forbidden knowledge. Listen to and believe everything you hear from the mainstream media. When NBC, CBS, ABC, CNN, MSNBC, CNBC, and NPR broadcast their biased one sided spin on events you must unquestioningly believe it as the gospel truth. No if’s ands or buts about it!  Remember these treasonous agencies are the parrot on the pirate’s shoulder. They repeat the orders given to them by the White House. Joseph Stalin, Hitler, and Mao Zedong couldn’t be more pleased with the way our mainstream media report, excuse me, regurgitate what they’ve been told to say! 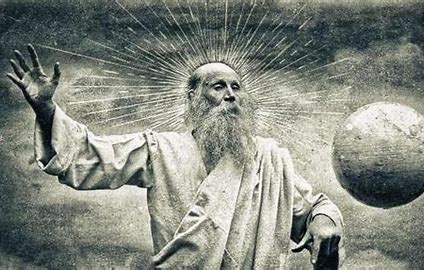 You must be godless. Let’s face it, separation of church and state as warped by the Democrats regardless of the letter written to the Danbury Baptists by Thomas Jefferson stating that government must stay out of affairs of church but the church should be involved in affairs of the government so that our lawmakers would make moral decisions. Our founding fathers had church services on Capitol Hill, what do we have now, Muslim Prayer Breakfasts and Satanic Spirit Dinners of John Podesta? Remember your present day federal government cannot tolerate a higher authority than them especially one that gives people hope and a clear sense of right and wrong! No sir! 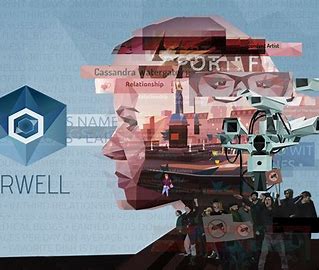 You must submit to not having any personal privacy at all. You don’t need a right to privacy according to your senators and congressman of the left because “Big Brother” knows all and sees all. If you stubbornly cling to your right to privacy than you must have something to hide, but you see it’s perfectly alright for the state to keep secrets, to fabricate false evidence, and to even resist a state investigation of voting systems to make sure they're not corrupt! In fact, these self-righteous states (Democrat owned) sued the Trump Administration for wanting to probe into allegations of voter fraud. Gosh, is there a double standard here or is this just the self-appointed Gods telling us that this is the privilege of being in control and having power over all you sheep, I mean, law abiding citizens. 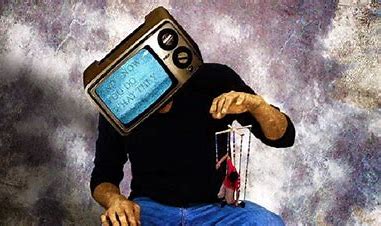 Another important element of being today’s indoctrinated citizen is the social platform, social justice, acceptability of your norms being changed. You must think the same way as the rest of the herd. Men can now become women and give birth. You must accept this as fact unwaveringly. Women should not only be allowed to get abortions simply because they want one, but they have 28 days after giving birth to decide whether or not to terminate that baby’s life? I mean this is all about convenience right? Who cares about the rights and life of the baby? Besides Planned Parenthood knows what to do with those valuable lab test baby parts, right? Oh, yeah, the government knows best. Don’t they? Why, after you get a certain age and you no longer contribute to society why should you be allowed to live? Modern day society must move on. It cannot afford to be dragged down with such trivial matters as the elderly when we have so many skinny models, aging whore actresses willing to wear scanty bikinis, so many singers who’s lobotomized and drugged down opinions about political figures is so essential to how we evaluate major policies. Remember, you must earn those social credits now or be ostracized from society! Remember since the federal government has your back and gas prices are so high just take their advice. Go buy a 60 thousand dollar electric vehicle that can’t even be plugged in because the power grid might fail. You don’t need fossil fuel even if the electrical grid runs on it and don’t let the fact that an EV has 30 times the carbon footprint of a combustion engine vehicle stop you, but the battery can go out anywhere from 30 thousand to a hundred thousand miles and cost 14 thousand dollars to replace and that’s even if supply shortages will allow. Now don’t be alarmed over the toxic disposal of dumps filled with that unstable and poisonous lithium ion material because we are more concerned over ideology than practicality. And those 9 million jobs created by the gas and petroleum industry? Who cares, they’ll just have to find another socially acceptable form of employment or get more education at some college so the government can forgive that debt and pass it on to the taxpayer. And don’t let the fact that there’s not enough mineral and ore for the production of EV’s to replace gas driven cars for decades to come, we’ll just outlaw gas automobiles all together anyway!

Talking about ideology, here comes government controlled education. The more dumbed down you are, dear sheep, I mean, citizen, the more likely you will submit to the loss of your Constitutional freedoms as we will conveniently omit such discussions as human rights or a method of being guaranteed grievances being heard by the federal government and allowed by it to respond to such redress and liability even when the federal government is dead wrong such as allowing the drug companies to dispense toxic and dangerous vaccines to the public and indemnify them of any liability for death and injury while the taxpayer pays these corporate giants for the manufacture of these unproven serums! Oh, and forget the need to learn about American history, the War of Independence, due to issues of individual rights and nation’s sovereignty. Those subjects require hefty critical thinking, the very enemy of the state you and I both know is God! You see, your submission to big government is all just part of the plan so sit back, bend over, display your orifices, and allow us the all-knowing and all seeing federal government convince you against all logic to accept the unacceptable. It’s your duty! 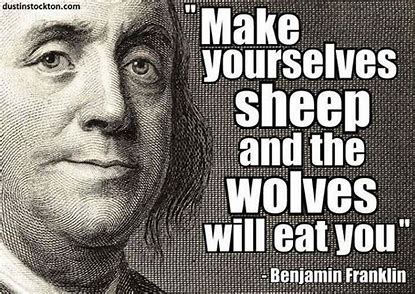 Amidst Kanye leaking a rather unsettling text conversation with his (among many other highly influential celebrities) personal trainer, Harley Pasternak, fan...
11 hours ago
0 Comments 0 Favorites

"I can only describe the feeling as creepy seeing this individual in person. Same vibe with…"
18 hours ago

"Daily Mail covers for Biden saying he posed for a selfie with these girls behind the window. Suuure."
18 hours ago

"NATO has been stringing Ukraine along to get them to be NATOs proxy army. Date: 6 November…"
20 hours ago

Un-F***ing-Believable!  What's next...a celebration of experiments the government did on soldiers…See More
20 hours ago
0 Comments 0 Favorites

"I hope the doctors in all countries will soon find out they will be liable.  They sold their…"
yesterday

"You know what a friend of mind had two doc. appointments Cancelled in a row because 5 docs were…"
yesterday