The Federal Government Sanctioned Transformation of the Masses 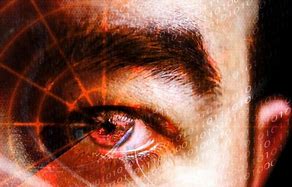 The deed has been done! They did the job. A mass frontal lobotomy was performed via media fear mongering and outright lies Joseph Goebbels style. We are now a nation of drama queens, hypochondriacs, and conformists. The brain salad surgery was achieved by a conniving Democrat party that plans nothing but subversive activity in order to achieve their goal of forever rule and a GOP that will let them slide whenever possible. The PSYOP a military psychological operation designed to render our enemies less hostile and to change their ideological trajectory instead was aimed at Americans in order to get them to accept the unacceptable. The recipients responded even more compliantly than could have been wished for by their tyrannical keepers. The Biden Administration in the boldest anti-American move by the US government in history rendered the idea of individual rights as being an enemy of the state. They allowed our allies to once again question US resolve as during the Obama White House when friend and foe became one in the same, and scandals were a regularly occurring manifestation. You are now living in a theater of the absurd continually trying to outdo itself. The idiocy of the Democrats at managing crisis, responding to the will of the people, or even remotely acting as a responsible governing entity have managed to spread fear, uncertainty, economic instability, and confusion rather than fact. You hear it on talk radio and on the falsified news networks on TV telling you that a failing economy is an achievement of the Biden White House, that Americans wouldn’t be left behind enemy lines in Afghanistan, that supply shortages didn’t actually exist, and that our borders were secured as more than a million illegal aliens flowed over the Texas border along in a single month!

What you choose to believe

Where do the lies end and does the truth begin? For those of us who actually think, we know that whatever we’ve been told by Jean Pierre the inept White House spokesperson that 10 thousand million jobs were not created under Joe Biden simply because that many people don’t even exist on the face of the North American continent. However, this is the level of incompetent lies and disinformation we Americans are expected to endure. No, these gaffes by Democrats serving under the Biden clown show are not momentary verbal glitches of otherwise honest hard working people, they are the very essence of the intentional deception being constantly played like a broken record for the TV and radio audiences who actually listen to this garbage! 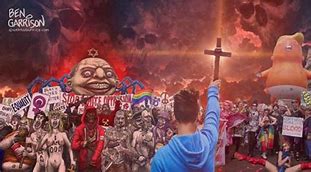 The conditioning of the masses from critical thinkers who want answers to self-involved, self-worshiping vanity queens has castrated America of those courageous enough, discriminating enough, and knowledgeable enough to fight for their own rights to fight for a government that’s supposed to do its job! So how does a government that does not want to live up to its responsibility to the people achieve this without all-out war declared upon its citizens Soviet Style? You literally lobotomize them! Through a dumbing down media, a failing educational system, a dedicated core of corrupt operatives within that institution willing to destroy their own society based upon diametrically opposed ideology that they have rationalized through being brainwashed themselves or simply criminals willing to subvert their fellow countrymen, and you have the Democrats, dedicated 24-7 to the destruction of the American way of life. The legacy of oppression continues

We have seen this all through history from the Russian revolution during World War I to the civil war in China after World War II that handed that massive empire of the warlords into the hands of murderer Mao Zedong, a Communist dictator. Even today the Chinese are ready to invade what’s left of the Nationalists forced to flee under Chiang Kai chek in 1949 to the island of Formosa. However, we won’t hear much about it as we will hear the brainless conditioning drivel designed to seduce us into complacency like the marriage of two Hollywood actors, how many of those Hollywood actors are actually gay, how many of those aging Hollywood actresses are doing a bikini shoot in the Bahamas, how many Hollywood actors hate President Donald Trump, and of course the most crucial knowledge of all, what their favorite low fat meals are so they can maintain their Bulimic physiques! Take a look of all the selfie obsessed narcissistic fools advertising their lives on TicTok, a Chinese Communist state owned social platform that acts as a spying tool for stealing personal identification. President Trump wanted this corrupt media tool to be outlawed in the US market just as the Communist Chinese outlaw many US products and services, but the Democrat Party voted against Trump’s better wisdom to allow a hostile foreign power to have access to millions of Americans personal information. This is your federal government at work, making you stupid, making you a slave, controlling your thoughts, and transforming you into a conforming, compromised, mental case, willing to be herded like goats, scared like little children, and treated like cannon fodder. The process has taken a while, but the past two Democrat Administrations have achieved what many KGB Agents would have been proud of decades ago. 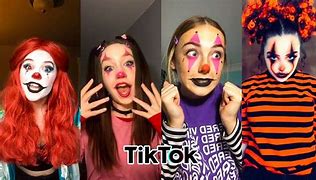