John Dalli EU Commissioner– A Hypocrite – What Goes Round Comes Round.

Well, John Dalli is an expert at knowing what malicious means, especially in my (Joseph Ellul-Grech) case when he falsely and maliciously accused me of sending 20, 000 anonymous letters claiming to defame him. I was acquitted of all the charges that he and the police brought against me. In his summing up the Judge confirmed that there was not a shred of evidence that connected me to this crime.

EU Commissioner John Dalli failed to name the blogs he considers to be defamatory and malicious. Obviously the truth hurts and the King of Malicious himself does not like to see anything published that shows him up for what he really is, a compulsive liar and a hypocrite.

If it is my blogs that he is complaining about the police do not have to investigate. All my blogs are published with my name on them and they are supported by documents. I do not use various tools and mechanisms to cloak my identity. I also do not make any allegations unless I have evidence to support those allegations.

By making false and malicious accusations against me he gave me the right to reply. I have done this in my blogs. It is called Freedom of Speech. John Dalli appears to have a problem with Freedom of Speech. He wants the Malta Police to prosecute anyone exercising their right to this when he doesn’t agree with what they are saying. He does not agree with what I say in my blogs, but it is my right to say it.

According to this article published in Malta Today the police claim jurisdiction problems are hindering their investigation into John Dalli’s poison blogs. This means that the police would bring criminal charges against the writer if it fell into their jurisdiction.

In all western and civilized nations defamation is a civil matter, not criminal. Bringing a civil matter to court in any country would be very costly for the litigant. Anyone seeking litigation “must come with hands clean.” John Dalli is not Mr Clean.

This is the predicament John Dalli has found himself in with the “malicious blogs” he is complaining about. He may be between a rock and a hard place with this. He may have no alternative than to leave the blogger alone. That would truly be a victory for Freedom of Speech.

In the case of the anonymous letters that I was accused of by John Dalli, all the evidence points to him as the instigator. He was in possession of the bank statements, he had the motive and the resources to organize such a pathetic crime to cover up his involvement in theDaewoo scandal, from which he received a backhander. (Evidence to support this exists).

Three teams have been assigned to the police investigation: the Economic Crimes Unit, the Police Legal Office and the Cyber Crime Unit. "The assistance of several investigative units was drafted in to carry out enquiries in relation to this case," the spokesman said.

"These included the ECU, which had handled the criminal investigation mentioned in the blogs, the legal office that drafted out the necessary requests to foreign competent authorities and the CCU which carried out the technical aspects of such investigations."

This is another confirmation of wasting police time and resources, which is a criminal offence in most countries. It seems John Dalli is clutching at straws and like a desperate man he is driven to take desperate measures.

John Dalli seems to be determined to bring criminal charges against anyone who writes anything negative about him. However, he neglects to insist on an impartial investigation into the anonymous letters “no matter the costs” as he had promised at the time he and the police brought charges against me.

I (Joseph Ellul-Grech) was the only person that was investigated by the Economic Crime Unit in a case that involved EU Commissioner John Dalli as well (the anonymous letters case). It could only be assumed that this ARROGANT EU Commissioner is complaining about one of my blog titled “John Dalli A Corrupt EU Commissioner”.

Yes, this person is as ARROGANT as they come because despite the fact that I was acquitted of all the charges that he and the police brought against me, he never had the COMMON SENSE to apologise. Neither did the police.

The manner that EU Commissioner John Dalli continues to insist on bringing criminal charges against anyone who writes the truth about him confirms that he is a threat to DEMOCRACY AND FREEDOM OF SPEECH. 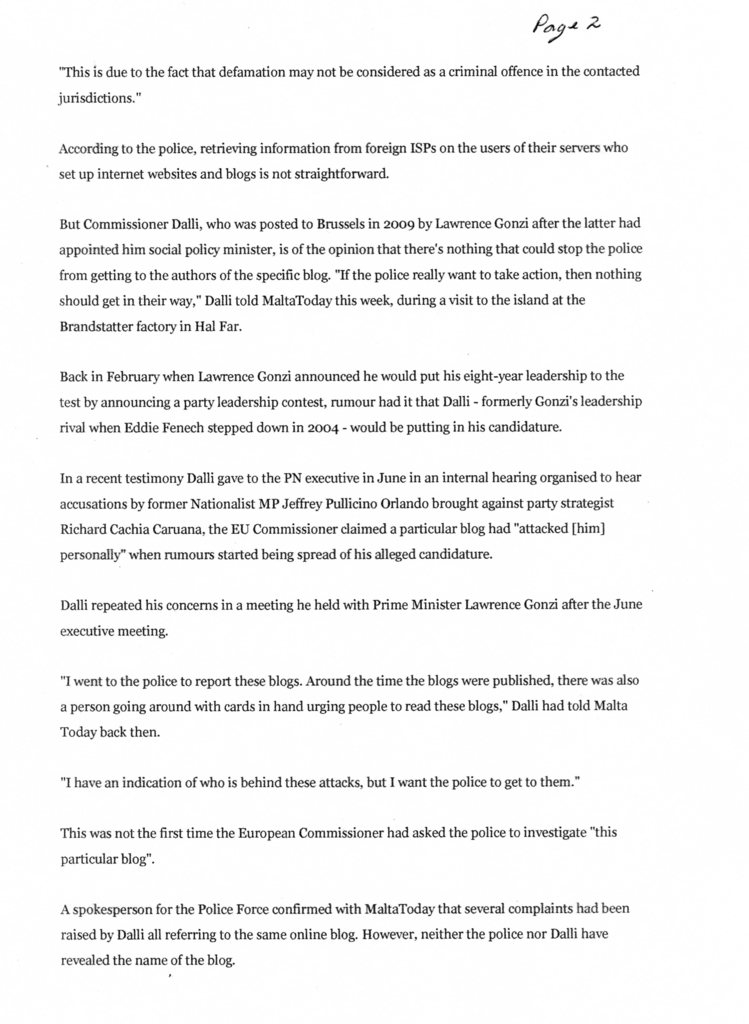 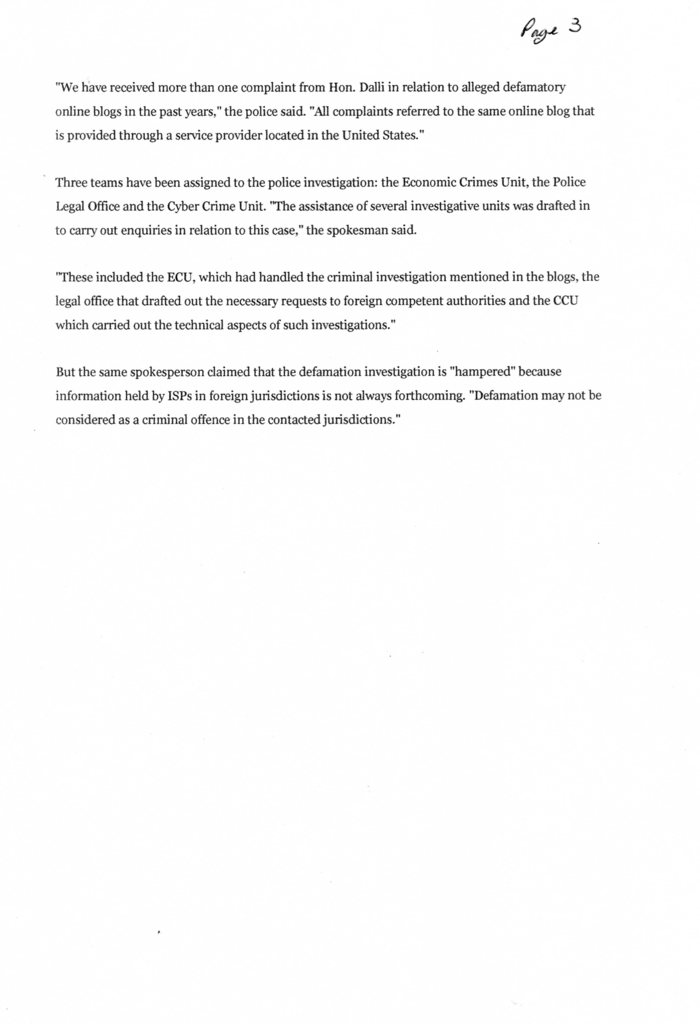 MAC replied to Chris of the family Masters's discussion Doctor Finds Treatment For Vaxx Victims, Sees Major Improvement in Blood!
"Thanks for some good news."
13 minutes ago

cheeki kea replied to steve's discussion I told you so na na na na na
"Thanks steve that's a good video. Funny how that little white cat seems to have a way of…"
48 minutes ago

"Hey Kea, I completely reject that thought ,these guys are shedding the so called variants caused by…"
52 minutes ago

"Definitely staged to keep the internal division going!"
2 hours ago