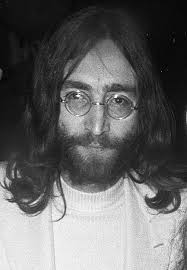 Shortly after leaving the Beatles just as Paul, George, and even Ringo began their own musical projects John Lennon after a few recordings with the Plastic Ono Band made a solo album. Taking a cue from Paul Simon who had recently experienced "Scream Therapy" John decided to under go this unconventional treatment. Lennon certainly had his reasons for seeking a way to purge the disappointments of the past. His father abandoned him and his mother very early. Then his mother was struck by a car crossing the street in the family's neighborhood. She was hospitalized and all through the night little John Lennon prayed to God to save his mother's life, but sadly she succumbed to her injuries by morning. Not only did this devastate young Lennon, but he gave up his belief in God after that and led a fairly angry life as a an adult. Even George Harrison, who loved John, admitted that Lennon was a pain in the ass. Not only did John Lennon participate in "Scream Therapy" but he injected it into one of first solo albums in the song "Well Well Well." The song is a shocking display of intensity, Ringo's effective drum style to enhance the song, and John's ever evolving guitar work make it all that more entertaining... John certainly had a few rats in his skull he was trying to exorcise. Enjoy!

A new report shows that a switch to electric cars could wreak havoc on the environment. Because, all of that power has to come from somewhere ya know! Resear...
45 minutes ago
0 Comments 0 Favorites