The disgustingly dishonest “mainstream” media consists primarily of Left-wing ideologues who will stop at nothing to advance their Marxist agenda, even if it means advocating violence against patriotic Americans who are fighting to preserve the country’s heritage.

As noted by SHTFPlan, an op-ed in the Washington Post this week is indicative of the kind of violence being advocated by the media. The writer, N.D.B. Collins, an associate professor at Johns Hopkins University, literally called for Left-wingers to “throw rocks” as a way of ‘protesting’ alleged social injustices:

[I]n April 1968, amid a flurry of other “rocks,” riots shook American cities following the assassination of Martin Luther King Jr. It took that rolling unrest, not the promise of further economic growth, to spur President Lyndon Johnson and Congress to action. Within a week they had passed the Fair Housing Act.

Over the past century, liberalism, vexed by an ever-sharp, ever-cutting white supremacy, has needed these rocks. …

Segregationists have again assumed their pedestals in the Justice Department, the White House and many other American temples. Paper alone won’t drive them out. Start throwing rocks.

Frankly, this should not surprise anyone. Going back a century, with the advent of the modern Communist/Marxist/Leftist movements in Europe, Central and South America, violence has always been used — and justified — as a means of achieving political ends.

And as in those instances, the media, rife with Left-wing ideologues posing as “journalists,” have led the call.

Writing in The Daily Wire, John Nolte made this observation: REST OF IT 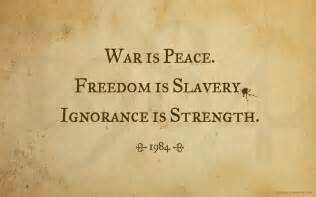 Doc Vega commented on Doc Vega's blog post PBS Attorney Caught Saying He's Glad Covid 19 Killing Trump Supporters and They Out to be Put in FEMA Camps!!!
"You know exactly why we have a problem in America when your own countrymen are this disgustingly…"
3 hours ago

"Very interesting. Last hooray or something of substance....?"
3 hours ago

Larry Flinchpaugh commented on Larry Flinchpaugh's blog post Troop Deployment in DC and the states
"If Trump declares Martial Law, the traitors will be tried in a military court without any…"
3 hours ago

"In my opinion, the courts have shown they no longer function under the Constitution and this has to…"
4 hours ago

Doc Vega commented on Aaron's blog post BREAK BREAK LIN WOOD We Have 250,000 China Military on Our Borders
"I don't know where this came from other than supposedly the Communist Chinese offering to move…"
5 hours ago

"It does seem odd to me that Mr. Lindell would be walking around outside with he notes exposed so a…"
5 hours ago

Twilight Zone commented on Daily Con's blog post 'Q-Anon' Bears Striking Resemblance to Bolshevik Psy-Op From 1920s Known As 'Operation Trust'
"It's impossible to tell if Q is a psych op or a psych op against a psych op.  Either way,…"
5 hours ago

"Mr. Lindell is a strong supporter of President Trump. He supported the President during the Covid…"
5 hours ago

Daily Con replied to Daily Con's discussion Mexican president López Obrador: 'Pandemic lockdowns are the tactic of dictators. Democratic leaders, fundamentally, must guarantee liberty'
"The Mexican President is the only Western leader to actually speak out against the lockdown…"
5 hours ago

‘"The fundamental thing is to guarantee liberty,' says Mexican president when asked why he almost…See More
5 hours ago
1 Comment 0 Favorites

I know there are many folks who have followed Q Anon and may take exception to this article. To…See More
5 hours ago
1 Comment 1 Favorite