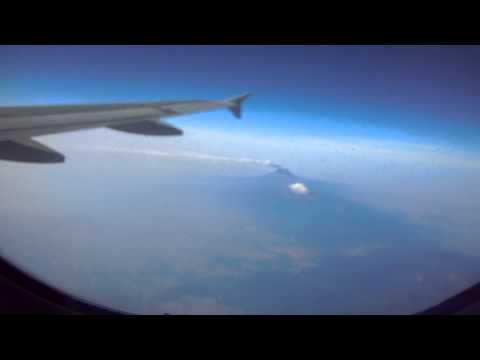 MEXICO CITY (Reuters) - Mexican authorities raised the alert level for the Popocatepetl volcano near to Mexico City on Monday after it started spewing red-hot fragments of rock.

The lava dome of Popocatepetl, some 50 miles (80 km) to the southeast of the capital, started to expand on Friday, Mexico's National Center for Disaster Prevention said.

This change in activity in the 5,450 meter (17,900 foot) volcano could provoke big explosions capable of sending incandescent fragments out over considerable distances, as well as ash showers, the centre said in a statement.

The centre raised the alert level to yellow phase three from yellow phase two, indicating possible magma expulsion and explosions of increasing intensity. It is the third-highest warning on the centre's seven-step scale.

Emergency services should ready evacuation teams and shelters, limit access to the area around the volcano and alert air-traffic control systems, the centre said in its statement. 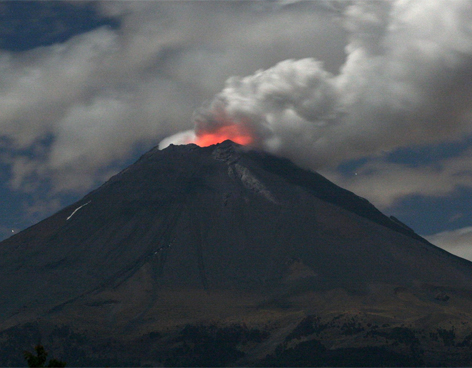 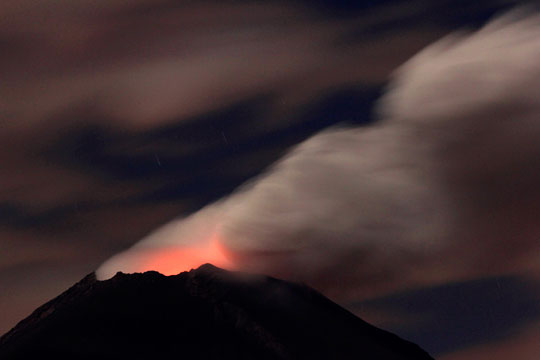 Experts have noted increased activity in Popocateptl in 2012. It has spewed smoke and ash sporadically over the last few years and a major eruption in 2000 forced the evacuation of nearly 50,000 residents in three states surrounding the peak.

The most important one ocurred today at 9:16 h, and it generated an...

Latest Volcano News from around the World

Was 5 when Mt saint Helens went off and lived in Portland Oregon.Was crazy & showed me how small we are when it comes to nature,Be Safe & Stay Sound if anywhere near it...

You should never ever try to block traffic on the autobahn...
5 hours ago
0 Comments 0 Favorites

Doc Vega commented on Doc Vega's blog post Donald Trump’s Dangerous Agenda? What Dangerous Agenda?
"FREEDOMROX in all Trump's embattled time in office all I saw was the positive good he was…"
23 hours ago

"Looks more like a Russian propaganda news release than an objective news item. Whatever,…"
23 hours ago