In December of 1966 Paul McCartney drove away from the recording studio following a bitter argument with the rest of the Beatles. The “Fab Four” were under the stress of album production, more touring schedules, and suspicions that Capitol Records had been holding out on them. This would lead to a decades long legal battle in years to come, but for now the Beatles were all weary of being rock’n’roll gods with difficult private lives as a result. In a matter of weeks with the first of many clues to come, a radio station in Chicago played the infamous “Number Nine Number Nine” passage from the Revolution Number 9 song track on the Beatle’s White Album, revealing when played backwards on a record turn table, “Turn me on dead man. Turn me on dead man. Turn me on dead man.” This would begin a frenzied search by Beatle fans and the media for other ingeniously placed clues!  It would also revitalize Beatle record sales. 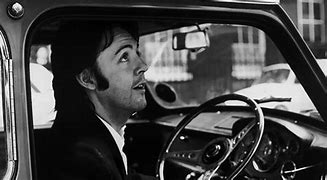 New pieces of the puzzle

Two major clues have surfaced over the years among many slips of the tongue, Ringo often speaking on Paul’s behalf in public when it comes to Beatle memories, and odd statements such as the Faux Paul saying that he really appreciated the Beatles letting him come into the band when he originated the Beatles along with John then acquiring George before they chose Ringo on drums. Slips of the tongue are only part of the continued legacy of a hidden and untimely death that would surely have rocked the world. 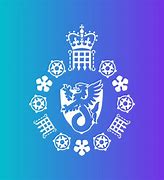 As discovered evidence that has come to light says, MI5 (Military Intelligence 5) the equivalent of America’s FBI, ordered Capitol Records and EMI Studios to find a replacement! As the British intelligence agency reasoned that there could be a mass of suicides (men and women) Beatle fans as a result of releasing the news to the general public of an unthinkable death! So, a Paul McCartney lookalike contest was devised to recruit a McCartney double and apparently more than one was adopted as part of the cover up. 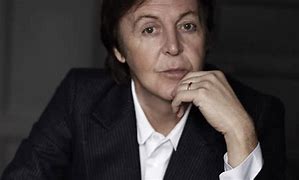 Some things just don't add up

A sound analyst was brought in later after the allegations of Paul’s death had become widespread and analyzed a number of Beatle Songs where Paul’s voice was attributed to being lead vocal and his words were, “I don’t know who was singing that song but it definitely was not Paul McCartney!” He showed how a voice graph is just as reliable to the identity of an individual as a finger print. Voice graphs are used today by such agencies as the FBI to build evidence against criminals. In his dying breath

A third clue that has arisen is a death bed confession by George Harrison that Paul indeed died back in 1966 forcing the Beatles to seek a double and to keep what future in the recording industry the Beatles would continue to be able to pursue. It is said that the Faux McCartney wrote such songs as “Let it Be” “Blackbird” and the famous “Abbey Road Medley”. George Harrison was living his final days bedridden and suffering from lung cancer. The Paul McCartney double along with Ringo visited George and reflected on the good old days as the Faux Paul seemed to have been well received and beloved by the rest of the Beatles. William Campbell is one of the known Paul doubles with Billy Shepherd playing the part of the current Faux Paul, born 1937 and still performing as the notorious former Beatle. 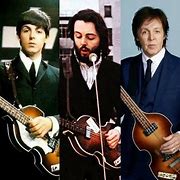 Less Prone replied to steve's discussion Setting the Record Straight; Stuff You Should Know About Ukraine or Pooty poot says FAFO
"State of the union, in most countries..."
3 hours ago

Less Prone replied to Less Prone's discussion MRI scans reveal impact of racism and poverty on Black children’s brains
"But don't worry, to compensate for the smaller brain the men grow bigger di.cks and the women…"
3 hours ago

Our thoughts on the newly discovered "rule" that prohibits video recording in National Parks, and uploading it to YouTube channels that are monetized.
10 hours ago
0 Comments 1 Favorite

steve replied to Less Prone's discussion MRI scans reveal impact of racism and poverty on Black children’s brains
"How long will we allow this insane catering to these fkn primitive negroes. They are without a…"
22 hours ago