Mysteries of the Son Doong Cave The largest cross section cave in the world lay in wait to be discovered by the modern world for centuries, but had eluded western culture for a long time. The official story is that in 1991 a man seeking timber resources has stumbled upon the cave entrance but hearing water rushing and a wind that came out of the tunnel felt like there was danger there and no prospects of success for what he was looking for until scientists began investigating in 2010, but there’s another much more sinister aspect to Son Doong Cave. Leave it to National Geographic or Net Geo to add a milk toast sanitized version of the truth to a mystery. Just as National Geographic did dismissing DNA evidence of Sasquatch or the Yeti. 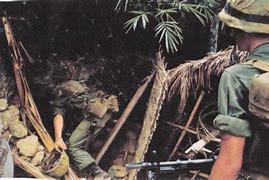 The real western world discovery of Son Doong Cave goes back to the Vietnam War and a group of US infantry that entered the cave searching for Viet Cong tunnels. Instead they found a literal underworld of a scale unknown to the rest of the world with indigenous plants and animals existing in a subterranean underground land of wonder and terror. As the story goes they explored part of the 6 and a half mile cave with a height of several stories that one could house a town within. A fresh water river runs the length of the cave and disappears below. The soldiers encounter something more ominous. 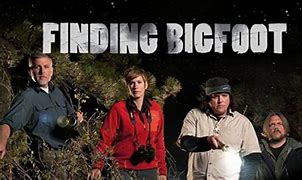 Apparently upright reptilian entities were living in the cave, possibly using it as a base of hidden operations. Not much is said about the disposition of the soldiers or their interactions with the US infantry, but on the How to Hunt channel on YouTube, Steve Isdahl reads an intriguing email form his cell phone written to him among thousands of those in the audience who have subscribed out of curiosity and those who have had encounters with Bigfoot that have left them haunted by something we are told is legend and just should not exist. Steve has solved that falsehood along with the BS we get from the professional TV personalities who have profited off of misleading viewers, coming up with lame analysis, and making the entire program about them and not the phenomenon itself. How many people have tuned into “Monster Quest” “History Channel” “Animal Planet” and wasted hours being cheated out of an explanation or some plausible theory besides the hyped going nowhere scripts that persist for years with no answers. 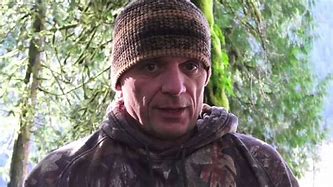 Steve Isdahl on his “How to Hunt” channel has been threatened and attacked as a result of refusing to join forces with these televised charlatans and by people who simply cannot accept the alternative reality that we have been lied to by the authorities for ages, and the sheep among us want it to stay this way, just like paying your fair share of enslavement tax, because if you don’t because you know the truth, you’re a no good “Conspiracy Theorist”. 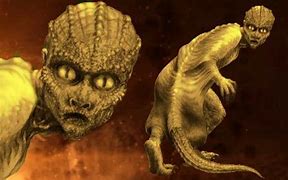 A mystery clash within a war

The story that Steve reads about the Vietnam cave is frightening. A Vietnam veteran writes in telling Steve about how he was badly wounded and was hiding in a cave when 7 US soldiers arrived and began trying to remove him to safety. When suddenly some kind of cave devils or horrific entities attacked. Although the men fought courageously they all died saving his life. The veteran mournfully goes on that he feels guilty and responsible for their deaths. At the time he thought they were Dog Man or Wolf-like entities, but now is not sure what killed his comrades. But, the puzzle comes together decades later. 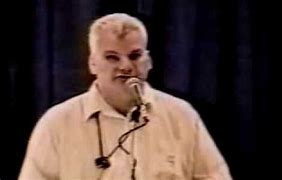 The legacy of below ground hostility by who?

One might recall the ordeal of one Phil Schneider, a geologist working for the federal government who analyzed rock and substrata for the best ways of blasting for mining minerals and excavating tunnels. Phil went down deep into a vertical tunnel using a cable bucket and wearing a breathing apparatus after seeing soot coming up from below on a tunnel he was studying. When he got to the bottom he witnessed a vicious firefight between Green Beret and Special Forces troops and what appeared to be tall and short “Greys” that many think of as extraterrestrials. Phil was using his hand gun when a tall Grey waved a hand in front of itself and he was hit by what he thought was a bolt of lightning. It severed two of his fingers hitting him in the stomach. He almost died right then and there but for a Green Beret soldier who activated the controls to get his bucket up to the surface. Regrettably, the soldier died saving Phil’s life. There seems to be evil underground. Just as the Bible described hell, the underworld, or Hades. 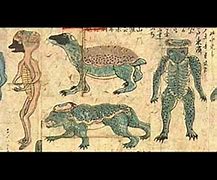 History of the unknown

For centuries, local villagers in the area around Son Doong Cave have left ancient inscriptions featuring images of Lizard Gods or entities that they have apparently encountered and believe them to be evil. Archaeologists for the longest time thought of myths and legends, even the hieroglyphs of the Egyptian Pharaohs as fantasy made up by ancient men, but soon they found that much of what ancient man depicted on cave drawings, within palace chambers, and on tablets was inspired by what they saw, not what they were dreaming about. Just as in the description by Ezekiel in the Bible of a vertical takeoff craft we think of as UFO’s today so are the images of the upright walking reptilians that supposedly live within Son Doong Cave the recollection of true events? 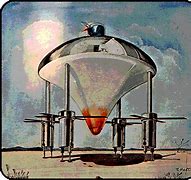 An artistic rendition by a NASA scientist of Ezekiel's sighting from the Bible.