June 7, 2013 · charbelmaklouf800
My personal note is that I find truth stranger than fiction and this is an enticing idea... Even though it borders on creepy weird. Maria's post about human hair and this one say a lot of interesting points about our divinity as humans... I still don't believe this, so I'll try it and prove it to myself maybe.

Do not engage in sungazing practices without proper training and medical supervision. Permanent eye injury and blindness may occur. Do not attempt to
change your diet and live on sunlight or water alone. Before attempting any radical spiritual or dietary practice, seek qualified medical advice and
spiritual supervision.

Ever wanted to be in more than one place at a time?  That’s right, I’m talking about the super-human abilities that can be gained by those who follow the protocol for what’s known as sun-gazing, a valid practice recently confirmed by NASA.  Many proponents of this ancient technique, used by many cultures such as Mayan, Egyptian, Aztec, Tibetian and Indian yoga, report not only healing benefits to common illnesses, but obtaining super-human abilities such as advanced telepathy and going completely without the need for food.

What is Sun Gazing?

Sun gazing (also known as sun-eating) is a strict practice of gradually introducing sunlight into your eyes at the lowest ultraviolet-index times of day – sunrise and sunset.  Those who teach the practice say there are several rules to the practice.  First, it must be done within the hour after sunrise or before sunset to avoid damaging the eyes. It is important to only look at the sun when it is orange or red according to the ancients. Looking at the sun when it is yellow or white, or uncomfortable in any way is not recommended.

Second, you must be barefoot, in contact with the actual earth – sand, dirt or mud; and finally, you must begin with only 10 seconds the first day, increasing by 10 second intervals each day you practice.  Following these rules make the practice safe, says sources.

Nikolai Dolgoruky of the Ukraine calls himself a ‘sun-eater’.  He has been practicing sun gazing for the past 12 years and has largely subsisted off solar energy since he began.  Others have reported losing the need for food after only 9 months of sun gazing (by which time the practitioner has worked up to a maximum of 44 minutes).

After 9 months of practice, you need only walk barefoot on the earth for 45 minutes per day, 6 days in a row to further the process of what has been initiated by sun gazing.

Sun-gazing is a practice also called the HRM phenomenom, coined as such after Hira Ratan Manek, the man who submitted himself to NASA for scientific testing to confirm that he does indeed possess the almost ‘super-human’ ability of not eating, gained through his dedication to this interesting marvel.

Funded by NASA, a team of medical doctors at the University of Pennsylvania observed Hira 24 hours a day, 7 days a week for 100 days.   NASA confirmed that he was indeed able to survive largely on light with occasionally a small amount of buttermilk or water during this time.

What happens to the body during Sun Gazing?

During your first 3 months of practice, the suns energy is moving through the eyes and charging the hypothalamus tract, says those who have studied this technique and used it. This Science/Medical Team wanted to observe and examine his retina, pineal gland and brain, therefore this observation team was led by Dr. Andrew B. Newberg, a leading authority on the brain and also featured in the recent movie “What the Bleep Do We Know”, and by Dr. George C. Brenard, the leading authority on the pineal gland. Initial results found that the gray cells in HRM’s brain are regenerating. 700 photographs have been taken where the neurons were reported to be active and not dying. Furthermore, the pineal gland was expanding and not shrinking which is typically what happens after mid fifties and its maximum average size is about 6 x 6 mm, however for HRM, it has been measured to be at 8 x 11 mm. The hypothalamus tract is the pathway to the rear of the retina which leads to the brain.

The brain then, over time, becomes activated by the energy supply being received by the sun.  You will first experience a relief of mental tension and worry, since most worry is fueled by the energy received by the foods we eat.  Since food gets it’s energy from the sun, it is said to be readily available to sun-eaters without the trouble of digestion.  Though hunger is said to eventually cease, it is fine to continue eating regularly during initial stages, until appetite disappears naturally.

Another benefit early on is said to be an increase in confidence and an ability to easily solve your problems, as you are without tension.  Everyone has at least a bit of psychosis, but during the first few months of sun gazing practice, it is reported that these attitudes go away and a positive nature gracefully replaces the old persona full of fears.

By the end of 3 months, the gazing time will have increased to 15 minutes per day.

Reports on sun gazing say that the bad qualities normally associated with any person will gradually disappear and good qualities will remain, explaining that ‘bad qualities’ only develop in the absence of sunlight.  Bad qualities like anger, fear, jealousy, lust – are said to disappear – and be replaced by a certain confidence and ‘spiritual knowing’ that senses more purely the heart of an issue.

At 3-6 months of gazing, the studies show that physical diseases start to disappear.

They say that by the time one is gazing 30 minutes per day (building up 10 seconds per day) all the colors of the sun will have reached the brain.  Color therapists attribute their healing of certain diseases to flooding the body and brain with the particular color that is lacking – depending on the ailment.  For example, in liver disease, the color green is deficient.  The kidneys need red, and the heart, yellow.  All of the organs and all of the systems are said to respond to different colors of the rainbow, which is why it is also recommended to eat a diet rich in a variety of colors.  It is recommended during the 3-4 month period that you use autosuggestion to see your body already healed of any perceived weakness or disease.

This action will facilitate the process of returning to wholeness.

As you continue the process, it is reported that after 6 months, the energy stored from the technique is no longer being used for repairing the body or the mind and can move now into supporting you in gaining more super-human abilities.

By seven and a half months of gazing, now at 35 minutes, need and desire for food is dwindling.  According to sun gazing experts, food is not actually needed to maintain the body, only energy – and ‘sun-eating’ provides that energy.  By 9 months, all taste for food, including aroma, all hunger pains and cravings disappear.  Those who make it this far say that they report a noticeable ’change’ in the way their brain feels – like it’s “charged up.”  After 9 months of sun-gazing – reaching a maximum of 44 minutes – it is advised that you give up sun-gazing and redirect your attention now to the Earth.

For 6 days straight, one is to walk barefoot on the earth, 45 minutes per day.

During this barefoot walking, the pineal gland is said to become activated.  Professional sun gazers and those researching the science say that each toe is connected to a specific gland, and by walking barefoot on the Earth, you activate these glands.  The big toe is thought to be aligned with the pineal gland, the second toe with the pituitary, then the hypothalamus, thalamus and finally the pinky toe correlates to the amygdala.  Walking barefoot, with the sun now falling on the top of your head, practitioners claim to create a sort of magnetic field in and around your body that recharges you and your brain.

Apparently this walking barefoot part is the most important aspect of the practice.   As you continue walking on the Earth, this is when the magic really begins.  The pineal gland is activated more and more by this walking  procedure.  Intellect is said to increase, along with memory. The pineal gland has navigational and psychic capabilities, meaning telepathy, the possibility of flight… now we are getting somewhere!  Have you ever thought you would like to have your body in more than one place at a time?  Well, sun-gazing is said to be the magical key to such abilities.

If you can barefoot walk 45 minutes every day for a year – you are golden.  At that point, only a maintenance of 3-4 days a week is necessary to maintain the capabilities you have acquired.

Are there any dangers?


Doctors and  eye care professionals caution against looking directly at the sun, saying that it will damage the retina.  However, if done correctly, sun-gazing at the correct times of day, sunrise and sunset, studies show there is no risk of damaging the eyes.

Those who have been sun gazing for many years have had their eyes checked to show no damage, though it is advised that you have your eyes checked in the first few weeks of your practice, so you can know for yourself.

To sum it all up…

Remember, it’s 10 seconds the first day, at sunrise or sunset, adding 10 seconds per day each day there after.  After 90 days of accumulative gazing equaling 44 minutes, you cease the gazing and start the barefoot walking 45 minutes per day for 6 days.  At this point, I could imagine, hey – if you made it this far, what’s a year of barefoot walking an hour per day to keep it all?  You will have to try it out and see for yourself.

Lmao Maria, you always have the best pics and comments 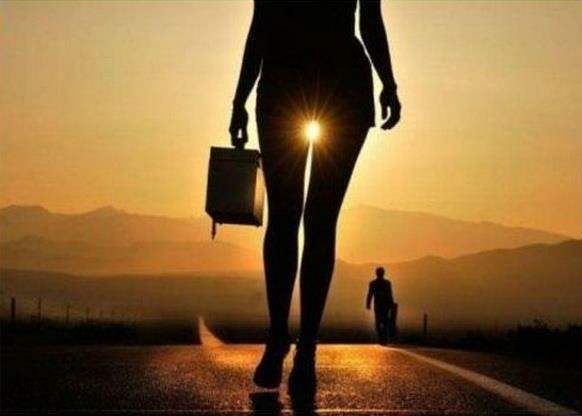 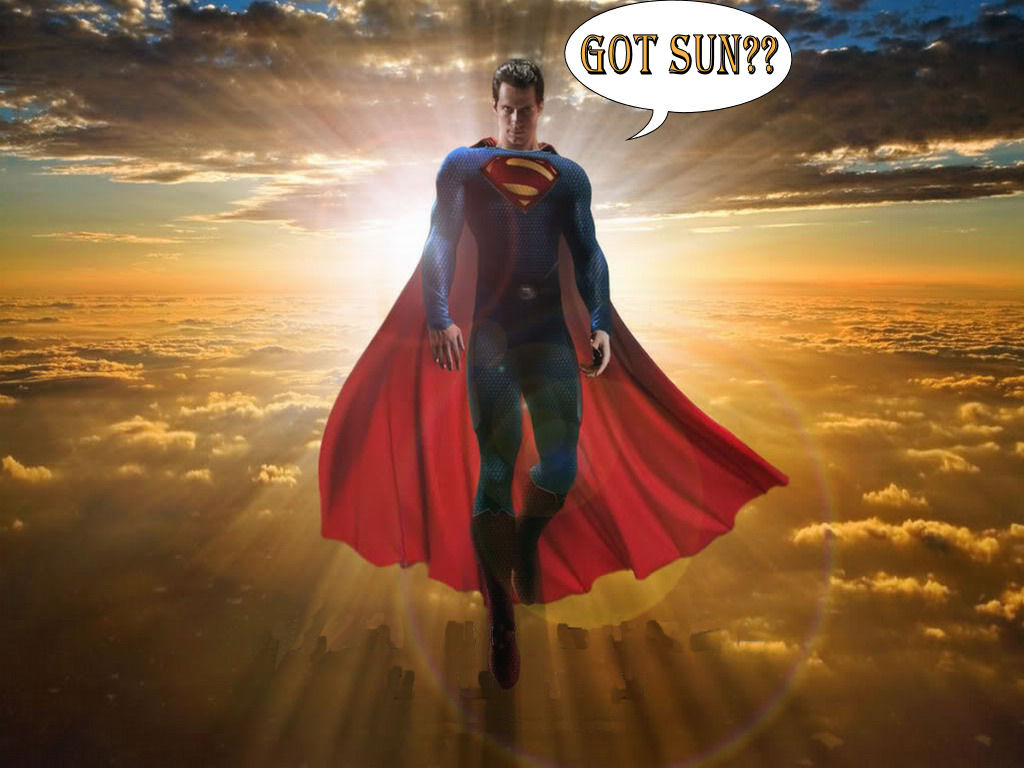 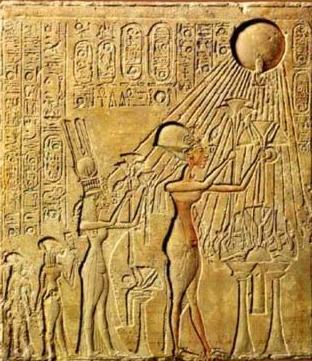 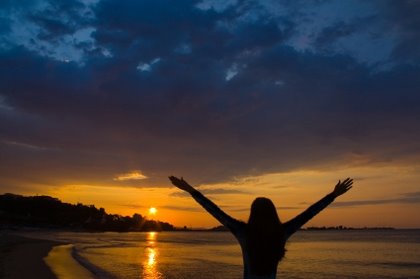 "Well here we are. Someone has added a laugh track to a court hearing of a former child star caught…"
1 hour ago

I don't remember this episode.
1 hour ago
1 Comment 0 Favorites

Patrick C Conway commented on Chris of the family Masters's blog post 5 Quotes About Getting Old
"Got news!  Whoever coined the phrase the "Golden Years" didn't place much value…"
2 hours ago

Frances left a comment for Less Prone
"Thank you!"
8 hours ago

Chris of the family Masters replied to Ragnarok's discussion 15,000-year-old viruses discovered in Tibetan glacier ice
"What variant were they? LOL!"
17 hours ago

How Cloud Seeding Is Used to Make It Rain

"If there is anything to the stories of Atlantis ending itself by technology, I'm sure we are…"
23 hours ago

Burbia commented on Keisha Ruan's blog post N Acetyl Cysteine Where to Buy
"Well, the cure for overdose piqued my interest. Is this heroin over dose? Is it fentanyl overdose?…"
yesterday

"Yes, the following interview I am leaving in the comments here is not specifically about Mel Gibson…"
yesterday