Many are not even aware of what is going on every single day – above their heads, and up in the sky…

The Neo-Victorian, quack-science practice of Geoengineering (Chemtrail spraying, terraforming, HAARP broadcasting etc) is already having a profound effect on both humanitiy’s environment and health.

While the corporate, military industry-owned mainstream media totally ignore this man-made problem, governments lock-down any trace of these operation by marking any and all details of these lethal programs as “Classified”. 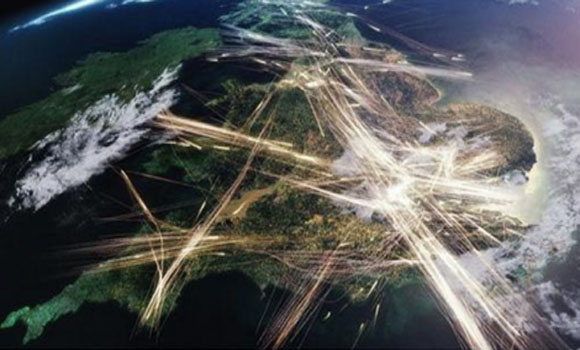 
A new Italian film, Chemtrails: The Secret War, has been released showing a disturbing covert military agenda behind the sinister phenomenon, one that according to evidence presented includes far more than weather manipulation for “climate change.”

The Marcianos, of the Italian website Tanker Enemy (Tanker-Enemy.eu) have produced the documentary film, Chemtrails: the secret war (below) to show scientific evidence related to the chemtrails phenomenon. While much of the documentation has been presented in previous years by Professor Michel Chossudovsky, head of Global Research, no film captures the covert war against We the People as well as the Marcianos do.

“Weather manipulation is only one (collateral) aspect of this phenomenon,” say the Marcianos. “What is at stake is a covert military agenda.”


“It has been realized thanks to many friends and collaborators. For years this issue has been denied and mocked but the chemical spraying of our sky is still happening,” the couple say.

In September 2014, Jacques Daidié, a French activist, went to Italy where he met the Marcianos, well-known Italian activists against geo-engineering. The French translation was born from that meeting and then, produced  by several members of the French association “Ciel voilé”, (www.cielvoile.fr).

Other contributors of the film’s translation include Jacques, Dominique from Avignon, Mary from Monteux, Sebastien from St Firmin in Valgaudemard and Danielle from Gap. In 2012, Dupre reported in the article, Geoengineered climate change heats up debate:

“The US Air Force has the capability of manipulating climate either for testing purposes or for outright military-intelligence use,” economist Chossudovsky wrote. “These capabilities extend to the triggering of floods, hurricanes, droughts and earthquakes. In recent years, large amounts of money have been allocated by the US Department of Defense to further developing and perfecting these capabilities.”

“Ironically,” Chossudovsky remarked, “the Pentagon, while recognizing its ability to modify the World’s climate for military use, has joined the global warming consensus.” (This disguises the Pentagon’s perfidy.)

In a major study (pdf), the Pentagon has analyzed in detail the implications of various global warming scenarios.

Weather-modification, according to US Air Force document AF 2025 Final Report, ‘offers the war fighter a wide range of possible options to defeat or coerce an adversary’ and, it says, extend to the triggering of floods, hurricanes, droughts and earthquakes:

It could have offensive and defensive applications and even be used for deterrence purposes. The ability to generate precipitation, fog, and storms on earth or to modify space weather…

And the production of artificial weather all are a part of an integrated set of technologieswhich can provide substantial increase in US, or degraded capability in an adversary, to achieve global awareness, reach, and power.”

Continue this article at Deborah Dupree’s reports on BIN