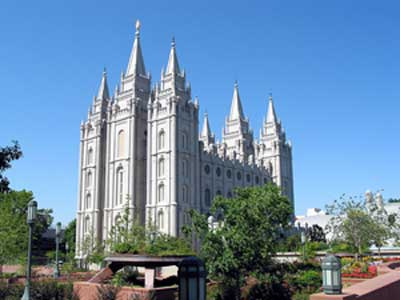 This may come as a shock to the rank and file Mormons who are likely unaware that Doug Wallace, a retired 82 Year Old Attorney and former Mormon himself is leading an effort for all governments worldwide to expel Mormon Missionaries from their respective countries based on the L.D.S. White Horse Prophesy that I learned about as a child which essentially states that when the Constitution of the United States is “hanging by a thread,” which it is now (IMO), a Mormon will ascend to the Presidency and the U.S. would then become “the world headquarters of the Kingdom of God.” The Press release is quoted verbatim below which I have had to copy from a PDF document so please excuse the capital letters in which the original document is written:

82 YEAR OLD MORMON DISSIDENT & RETIRED ATTORNEY DOUG WALLACE WHO SUCCESSFULLY LED THE FIGHT TO RID THE CHURCH OF RACIAL DISCRIMINATION IN THE LATE 1970’S IS SEEKING TO END MORMON MISSIONARY ACTIVITIES AROUND THE GLOBE. HE IS CALLING ON ALL GOVERNMENTS TO DEPORT MORMON MISSIONARIES COMING FROM THE UNITED STATES AND CANADA AS persona non grata FOR COVERTLY PREACHING SEDITION TO NATIVES OF THOSE COUNTRIES WHEREBY THE MORMON CHURCH CAN RISE UP IN ITS GOAL OF BEING THE SECULAR “KINGDOM OF GOD” ON EARTH WITH ITS PRESIDENT/PROPHET AS EARTH KING.

A NEW WEBSITE ASSERTS AN UNHOLY ALLIANCE BETWEEN THE MORMON CHURCH AND THE U.S. DEPARTMENT OF HOMELAND SECURITY EXPANDING COVERT MORMON SEDITION IN THE UNITED STATES AND FOREIGN NATIONS BY USE OF UTAH AS THE BASE FOR STORAGE OF ELECTRONIC DATA OBTAINED BY ILLEGAL AND UNCONSTITUTIONAL MEANS AGAINST AMERICANS AND FOREIGN GOVERNMENTS AND THEIR CITIZENS UNDER THE PRETEXT OF U.S. NATIONAL SECURITY.

THE CONSTRUCTION OF THE EXTREMELY LARGE NSA DATA STORAGE FACILITY NEAR LEHI, UTAH [SEE PICTURE IN WEBSITE] WILL COMPLIMENT THE SECRET STORAGE OF DOSSIERS OF AMERICANS AND FOREIGN NATIONALS STORED IN THE TOP 4 FLOORS OF THE CHURCH TOWER AT 50 EAST NORTH TEMPLE, SALT LAKE CITY, UTAH AND ELSEWHERE SINCE THE COMPLETION OF THE BUILDING IN THE EARLY 1970’S WHEN THE SECRET ENTITY OF THE CHURCH USED MICRO-WAVE CAVITY RESONATION SPY TECHNOLOGY AGAINST AMERICANS BEGINNING WITH FERRETING OUT HOMOSEXUALS AT BRIGHAM YOUNG UNIVERSITY [BYU].

WALLACE IS COGNIZANT OF THE FACT THAT THE YOUNG MISSIONARIES ARE IGNORANT THAT THE ULTIMATE PURPOSE OF THEIR ATTEMPTS TO CONVERT PEOPLE TO JOIN THE MORMON CHURCH IS TO “BUILD UP THE KINGDOM OF GOD”, i.e.: THE MORMON CHURCH AS SECULAR RULER WITH THE MORMON PRESIDENT AS CROWNED “EARTH KING” AND SHOULD NOT BE TREATED IN ANY HARMFULL WAY.

THE WEBSITE IS FULLY EXPLANATORY INCLUDING THE NOTICE AND REQUEST FOR WORLD NATIONS TO DEPORT MORMON MISSIONARIES. WALLACE FEELS THOSE NATIONS ESPECIALLY THOSE WITH CLOSE TIES TO THE UNITED STATES SHOULD COMPLAIN OF THE UNHOLY ALLIANCE OF THE DEPARTMENT OF HOMELAND SECURITY AND THE NATIONAL SECURITY AGENCY OF THE UNITED STATES GOVERNMENT WITH MORMON CHURCH AGENCY INFILTRATION AND INFLUENCE IN LOCATING AND CONSTRUCTING THE MASSIVE STRUCTURE IN UTAH; THUS SKIRTING PROHIBITIONS OF THE FIRST AMENDMENT WHICH PROHIBITS THE MIX OF GOVERNMENT AND RELIGION. ADDITIONALLY, THOSE NATIONS OUGHT TO CEASE PROVIDING AID AND ASSISTANCE TO THE UNITED STATES UNTIL SUCH TIME AS IT DISMANTLES THE PROGRAM AND CEASES TO SPY ON THEM.

WALLACE ASKS PEOPLE WHO ARE SYMPATHETIC TO THE CAUSE TO BECOME ASSOCIATES AND HELP SPREAD THE NOTICES TO WORLD LEADERS. IT IS A VITAL ACTION TO CURB THE INSANE GOAL OF THE MORMON QUEST FOR EMPIRE. FURTHER INFORMATION MAY BE OBTAINED BY VIEWING: www.americans-united-against-fascist-and-theocratic-government.org

THIS ORDINATION OCCURRED ON APRIL 2, 1976 IN PORTLAND, OREGON INITIATING A STRUGGLE TO TERMINATE THE BLACK PRIESTHOOD DENIAL POLICY OF THE MORMON CHURCH. THE TERMINATION OCCURRED TWO YEARS LATER IN JUNE OF 1978. TODAY IN APRIL 2011, WALLACE IS INITIATING A STRUGGLE TO TERMINATE THE INSANE GOAL OF THE MORMON CHURCH TO RULE THE WORLD AS THE”KINGDOM OF GOD” ON EARTH.

This information came to me after I published “Mormonism Revealed; Twelve Facts Most People Don’t Know About The ... through a source I will not release to the general public. As far as the government is concerned, they probably know where I received the information; based on a recent article I initially read on AlterNet, it is now common knowledge to those of whom read the alternative news that the United States is actively copying most of our emails on a national basis:

Whistleblower: The NSA is Lying — The U.S. Government Has Copies of Most of Your Emails

Editor’s note: The following is a transcript of a Democracy Now! 4-part series on America’s growing surveillance state.

National Security Agency whistleblower William Binney reveals he believes domestic surveillance has become more expansive under President Obama than President George W. Bush. He estimates the NSA has assembled 20 trillion “transactions” — phone calls, emails and other forms of data — from Americans. This likely includes copies of almost all of the emails sent and received from most people living in the United States. Binney talks about Section 215 of the USA PATRIOT Act and challenges  NSA Director Keith Alexander’s assertion that the NSA is not intercepting information about U.S. citizens.This interview is part of a 4-part special. Click here to see segment 1, 2, and 4..

To fully understand this article and what it entails, I urge people to visit the site referenced by Doug Wallace in the above Press Release. To be frank, I do not want Mitt Romney to win the Presidency, as I lived in Salt Lake City and I am fully aware of their penchant for censorship of anything they believe is immoral. My thought on religions that do believe in censorship of non-members is that they are breaching their Tax-exempt status and it angers me greatly that there are still people in this nation who believe they know what’s best for all us based on their own religious beliefs and it is those same religious bodies that scream of religious persecution whenever their particular doctrine is challenged; evidently, none of them fully comprehend the Constitution of the United States and the Bill of Rights that mandates Freedom of Religion for everyone, not just those who attempt to force their beliefs on others who choose to follow their own paths through life.

Thanks for the compliment; prior to doing the research on writing the post, I wasn't aware of it either:

JR Nyquist interview: China planning to launch attack on America "in a matter of months"…See More
5 hours ago
0 Comments 0 Favorites