Red Disks and Unknown Threats to US Military Pilots 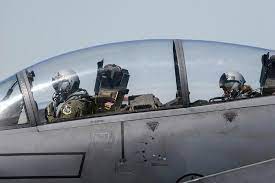 The year is 1952 and America is in the midst of the greatest UFO flap in US history. Sightings are being reported from airfields in south Texas to the air space over the White House in Washington DC. In the eye of the storm is Captain Edward Ruppelt, Director of Project Blue Book. With a limited staff and resources, he has still managed to make Project Blue Book a professional outfit with computerized data base and a pre-formatted questionnaire to aid in gathering information. 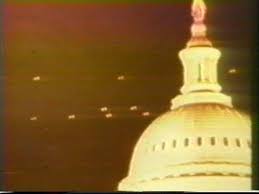 The year of the unknown invaders

According to USMC Major retired Donald Keyhoe, among the many sightings that happened in that year a particularly stunning incident occurs between a US Air Force crew and a UFO over Hanford, Washington, the scene of a nuclear plant. As Keyhoe pointed out many times, UFO’s frequented many nuclear sites and SAC missile bases where nuclear warheads sat in silos awaiting activation in the event of World War III. 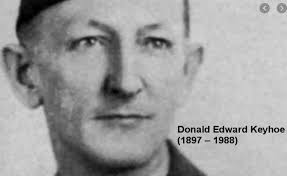 Danger in the night sky

On routine night patrol the two-man crew of a Lockheed F94-B were at altitude over the Hanford nuclear reactor plant in Washington State. Suddenly, an unknown aerial object makes a dangerously close pass at the USAF fighter plane forcing the two seat crew to take evasive action! Again and again the unknown aerial craft attempts to ram the hysterical pilots as they evade their mysterious airborne opponent! Both the pilot and his REO (Radar Electronics Officer) report being under attack by a red disk shaped object! 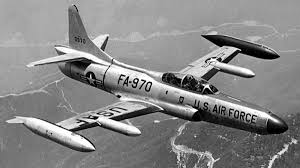 The F94-B is fitted with a Hughes Target Acquisition System designed to lock on to the intended enemy aircraft for a precise kill with an air to air missile, but each time the intruder makes a pass it is much too fast for the REO to get a lock on. After some 20 minutes of frantic maneuvering and intense air combat flying, the red disk disappears into the night sky as suddenly as it appeared. The shaken air crew is instructed to land and give their accounts during a debriefing with intelligence staff. 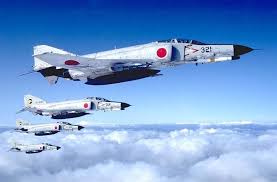 Return of the menace

This is not the only account of the infamous red disk however. The year is 1973. The place, just off the coast of the Japanese mainland over the Pacific. A two seat Japanese air crew flying the venerable F-4 Phantom fighter bomber are on patrol when the Captain spots an unusual airborne vehicle that he attempts to intercept. At the time the F-4 Phantom is still the world’s premier air superiority fighter and the Japanese pilot puts the plane through its paces as he duels with the unknown. 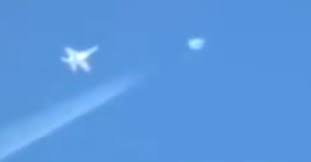 Once again, the infamous red disk makes its appearance in the skies over Japanese controlled air space as the pilot attempts to identify this strange aerial vessel from parts unknown. Pushing his fighter through a series of acrobatic combat maneuvers brings his aircraft so close to the UFO that they collide! The two-man crew is forced to eject at 30,000 feet! The backseat pilot the Wizo (Weapons System Officer) looks on in horror as he watches the parachute of his captain catch fire. The brave pilot falls to his death while his partner helplessly gazes into the end result of a dogfight with the unknown! 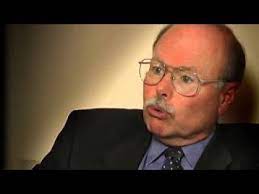 There are many such air to air encounters with UAP’s that have gone unreported, intentionally covered up as in flight accidents according to NASA scientist, Richard Haines, or dismissed as mistaken observations of celestial phenomena or even conventional aircraft. Such has been the traditional way of denying a reality that demonstrates that man is not technologically superior. Despite the billions spent on air defense. How should this eerie anecdote in history be categorized? 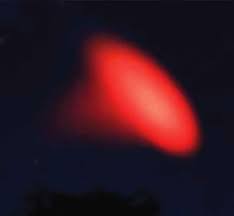 https://groups.google.com/g/alt.philosophy/c/rZ-BsEL4xIk   Oh here it is, the part about world madness. It's all getting a bit much for my little brain and I need hot coffee - with a double splash of kahlua. ( my coming back from the crash/impact area in question and thinking about boomerangs - which he never mentioned once, was most strange when I found out afterwards the oldest one ever found from the Stone Age came from his country of birth in Europe out of all places and not Aus. like I had always thought. Very weird. )

Hi Doc V, well the guy in question does not speak particularly about what visitors as in who but rather How he believes they arrive. Time machines - magnet power and time space that he also describes as jumps or surges believing that time itself does not flow forward but rather goes back and forth that he sees as being able to be controlled giving a very basic semi comprehenable example of a free spinning bicycle wheel (not attached to bike) so as an idea as opposed to optical illusion we see how it spins clockwise yet within a blink of an un-noticed eye we see it spin backwards at the same time, so going backwards and forwards in  time. Also both speeding up and slowing down in the same blink of an eye. Powered by light I assume, sunlight by day, stroboscopic lamp by night. The wheel example of cause is stationary in motion so I'm guessing he was indicating a directional magnetic power could be incorporated as a means of propulsion to travel at the speed of light I guess. But of cause he was harshly, without remorse culture cancelled long before the term came into common use. He also mentions other energies (telepathic noise, dense energies, neo medieval epochs and world insanity etc) I'll try to find that link again but it had 0 views.

cheeki kea thanks once again for your particularly creative insight. I would not consider di-polar attraction if a an unidentified flying object demonstrates intelligence but your angle is provocative to say the least. How about visitors from another time or dimension? Interplanetary? Makes me wonder why they would want to come to this screwed up planet. The late Stanton Friedman whom  I met with several times came up with a cool one. What if extraterrestrials saw Earth as an amusement park and brought their families along for a thrill or to see how primitive civilizations live. "Hey mother let's load up the kids for a trip to that insane planet they call Earth! The kids will get a kick out of it!"

Well Doc V I've never been interested in UFO's or weird stuff yet recently after joining up on too many (to handle) local Telegram groups with links to links Weirdness has engulfed me. I would consider the concept of dipolar gravity to explain Strangeness. Weird shit that happens often in "dense areas" I get the impression both man made and natural areas. A gravitational sort of attraction that forces movement towards dense areas at the same time as the gravity repulses matter back from the empty zones. (The way that karma works I read.) Of cause this local dudes insight has been censored and he was chucked out of his teaching job at the time but out there somewhere in cyberspace his writings live on. Last month I ventured out to one of the geographical areas in question. A very isolated area with few people I tried to interact with them in greeting but instantly got the fluoride stare back until an older woman shuffled up to me and said in a low voice "where you from? we don't get many strangers here but if you've come to see It.." and she pointed to a rock that had been placed in concrete. Then she said straight out "You know He (a doctor this time) cured Them all. (referring to the people who All came down with incurable disease suddenly) I was gob-smacked and replied also in a low voice in unity "No I didn't know, I thought..." "yes" she said not many do know. Of cause I had to ask with What medicine and she quickly prattled of the names of the medicines he had used which I had no means to either remember or even write down. (we were both referring to CFS) She then spoke of the good doctors keen interest in UFOs, meteorites, and fossils saying "He worked it all out" I was stunned speechless trying to imagine the tie in between illness and unknown flying objects. I see there are many more rabbit holes to crawl down but when relevant info comes to light I will share it. Apparently the earths surface and air is dipolar and as I headed out away from there for some reason the thought of boomerangs came into my minds eye and I wondered if when flying and trajecting objects actually crashed if it was because of some freaky gyroscopic precision accident that brought the object forward back in time to where it had been prior. Don't know why I thought of that. It is strange however that an unknown (at the time) disease suddenly erupted at the very same location where a crash landing occurred in the distant past.