UFO’s: The Legacy of Deception and Ridicule 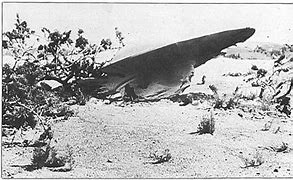 From 1947 thru 1954 a strange chain of events happened that can only be explained by the ubiquitous appearance of the UFO and a sudden emergence of the security state. However, there were many casualties that suffered along the way. Disappearances of US war planes, hidden evidence by the federal government, severe reprimands handed down to dedicated officers who dared to expose the truth, and even questionable deaths of comparatively young armed services personnel. For what? The first drafting of NDAA began shortly after the Roswell incident got wide press attention in 1947. It would seem that the two incidents were related.

In his book, “The Report on UFO’s” circa 1956, Captain Edward Ruppelt reveals outright confusion and denial stemming from the top command. According to the first director of Project Blue Book, Ruppelt exposes Pentagon and Department of Defense officials who were convinced of the existence of the unknown aerial intruders. Still others like USAF General Hoyt Vandenberg refused to go to President Truman and concede that UFO’s existed and might be of extraterrestrial in origin. He ordered the Project Blue Book findings sent back until more evidence could be compiled. After Project Blue Book findings had convinced many of the top brass that the evidence was overwhelming. 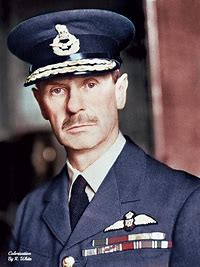 While such famous military leaders as Air Marshall Lord Dowding of the RAF saying that he predicted mankind’s next great war could be with an alien civilization, while General Douglas MacArthur was convinced that the most likely existential threat to the human race could be a war with an extraterrestrial invader, still the official position of the US Air Force and Pentagon would be that most UFO’s were merely optical illusions, hoaxes, misidentified conventional aircraft, or atmospheric phenomenon. What they weren’t telling the general public was that at least 23% of reported sightings to the ATIC (Air Technical Intelligence Center) were unexplained! 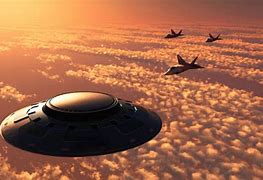 A sampling of air to air incidents

Here is a random account of the kind of routine sightings that were reported to Project Blue Book. 1950, a naval pilot while on a rescue training mission spots what he thinks is the canopy of a parachute until it speeds up and begins outdistancing his F-86 Saber jet. After failing to raise his wing-man on the radio the desperate pilot charges his wing to wing 50 caliber machine guns and fires in an attempt to bring down the mysterious aerial object, but at 1,000 yards he observes no effect upon his aerial opponent. He is later dressed down by his commanding officer and the report is burned, but an intelligence officer at the base preserves a copy and sends it to Captain Ruppelt or the incident would have gone unreported all together. 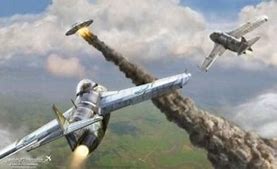 A radar officer at an undisclosed location tracks a UFO on his screen that comes so close to his station that he has to step outside where he makes a visual confirmation as the glowing object flies overhead and makes an exasperating comment, “They’re bigger than all of us!” 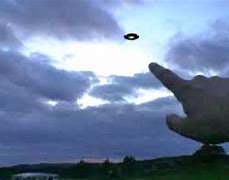 Is this a typical occurrence?

A pilot on night patrol, skeptical of the UFO controversy finds that he is making visual contact with an unknown object flying at his 12 o’clock position just above his altitude. He radios into the traffic controller but they cannot pick up the object on their radar so he rolls his jet over to determine if he has been seeing a reflection of a star on his cockpit glass, but there it is. He tries a hailing frequency to communicate with what he thinks might be a private aircraft, but gets no response still he continues trailing the object until it ascends to a higher height and disappears into the upper atmosphere. 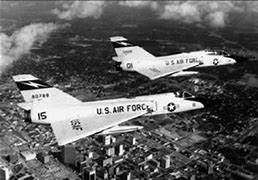 An Air National Guard Colonel flying his F-102 Delta Dagger along with his wing-man are engaged in an exercise attempting to intercept an aggressor squadron when he sees a faint target that he thinks are his counterparts in the war game. As he says at 900 nautical miles per hour as you approach an aircraft features of the plane will pop up, but these crafts had no visible control surfaces or flaps, they appeared to be glowing elliptical crafts. He and his wing-man attempted to box the unidentified flying objects in but at their speed could not intercept their mysterious intruders. After later landing and being debriefed he is convinced that planet earth is under a global surveillance by an alien intelligence.

One casualty in many

In 1960, Captain Ed Ruppelt, now retired from active duty and working for a defense contractor was forced to write another book on UFO’s this time retracting his statements made in his first book! Ruppelt suffered a fatal heart attack shortly after at age 50. According to actuarial data compiled by insurers, Ruppelt’s death was highly unusual. Donald Keyhoe commented that perhaps the former director of Project Blue Book was so heartbroken by the actions of the US Air Force that the stress killed him, but in the realm of the UFO nothing is ever what it seems. 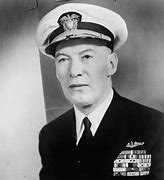 It is time for the truth to be brought out ... . Behind the scenes high-ranking Air Force officers are soberly concerned about the UFOs. But through official secrecy and ridicule, many citizens are led to believe the unknown flying objects are nonsense. -- Rear Admiral Roscoe Hillenkoeter, Director of Central Intelligence (1947-50), signed statement to Congress, 22 Aug. 1960.

Despite some officers who received strong reprimands such as Ruppelt and Navy Missile Commander R. B. McLaughlin who in 1948 revealed that high speed high altitude unknown objects apparently under intelligent control were tracked over White Sands Missile Range, and was relegated to Arctic Patrol duty after his statement appeared in a Life Magazine article in that same year, Hillenkoeter escaped the wrath of his superiors. 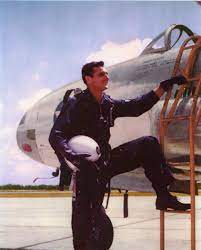 Some even more unfortunate

USAF pilots Felix Moncla and backseat REO Lieutenant Wilson were not so fortunate having disappeared in 1953 over Soo Locks in their all-weather F-89 Scorpion interceptor jet. Despite a thorough land and sea search effort neither they nor their aircraft were ever seen or recovered again. The US Air Force issued one of many nonsensical statements concerning the incident blaming the Canadian Air Force for an off course cargo transport that was in the area at the time. The Canadian government denied the Air Force’s allegation. 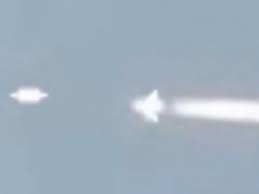 Even today no explanations

The long history of mysterious and deadly confrontations along with the curious official reactions to the enigma persist to this day as modern pilots serving in the US Navy flying their F-18 Super Hornets have gone public with their sightings of unconventional crafts capable of high speed maneuvers that would crush a pilot and his jet under such terrific g forces. Who or what, and from where, remain unanswered to this very day. 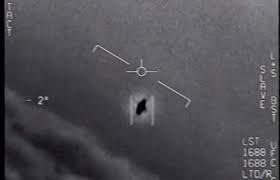 luggnutz commented on Chris of the family Masters's blog post BRUSSELS - WHAT REALLY HAPPENED? [mirrored]
"I've done my best to try and warn the trucker's FreedomConvoy about this since something…"
11 hours ago

luggnutz favorited Chris of the family Masters's blog post SHOCK: Thousands on Twitter Say They ‘Regret’ Getting the Vaccine — ‘Side-Effects Worse than COVID’
15 hours ago

Less Prone commented on Sweettina2's blog post Covid Shots: Sterilizing An Entire Generation
"Most people are incapable of fathoming the evil that is behind all this. They prefer to obey…"
15 hours ago

Less Prone left a comment for Dave Wagner
"What are you going to do with that bulldozer?"
15 hours ago

Chuck Baldwin: Thursday, January 27, 2022In past columns, I have shown how hundreds of thousands of…See More
15 hours ago
1 Comment 2 Favorites