As Wolfgang Halbig prepares to head to Newton to pursue the truth about Sandy Hook and confront the Newtown School Board with questions, more and more evidence suggests that Sandy Hook Elementary was not even an operating school.

Not only does information about the alleged victims of the shooting–their names, their ages and their sex–not appear in the “State Police Final Report” from Connecticut, but the “autopsy photos” that accompany the report were redacted in their entirety.  Actual proof of real victims is virtually non-existent.

When you combine that with the Clerk of Newtown entering into secret meetings with the state legislature to circumvent the release of their death certificates and those engaged in the destruction of the school building itself being required to agree to life-time “gag orders” about what they did or did not see and the probability we are dealing with a staged event grows larger.

A review of the redacted video coverage from the “Final Report” suggests there was a half-hearted effort to create the appearance of a thorough investigation without the substance, which is what we would expect if the entire exercise were no more than a random compilation of images. Those of the bathrooms may be the most important, since they hint the school was non-ADA compliant, an issue that we pursue below:

Most significantly, there was a recorded absence of computer activity at the school from 2008-12, which would be inconceivable unless it had been abandoned and was not actually functioning as an operating school.  The limited activity in early 2008 combined with reemergence of activity in 2013 seems to have been resulted from reactivating the building for its use as a prop in late-2012.

Sandy Hook had no computer activity

Several web sites, including The Last Great Stand and Fellowship of the Minds, have reported that, by using the Wayback machine (which enables earlier versions of web sites to be accessed, even though they are not current), it is possible to demonstrate that Sandy Hook Elementary School had not internet activity from 2008 until late 2012 in striking contrast to other elementary schools:

In a video that you can watch on YouTube, a man who calls himself “Jungle Surfer” claims to have found “proof” that Sandy Hook Elementary School was closed 5 years before the alleged massacre. Using the Internet Archive’s Wayback Machine, Jungle Surfer says he found no Internet activity from the location of SHES at 12 Dickenson Dr, Sandy Hook, CT 06482.

Yes, there was a big split at VT over Jade Helm. And I'm sure there were other factors as well. Apparently Gordon Duff is an alias and was never a marine.

re removed all of Fetzer's posts

that some bs if true,

deleting it all akin to a cover up -

and if done for spite, sad

Funny thing is it appears on VT's own search with the summary:
Sandy Hook Elementary School: closed in 2008, a stage in 2012

but when you click the link....takes you to VT homepage

Seems that lying rat Gordon Duff has removed all of Fetzer's posts...and many others too I bet!
RELATED:
Mass defection of writers from Veterans Today. Alternative radio ho...

Comment by Sweettina2 on December 16, 2014 at 2:05pm
Absolutely concocted hoax. This is the war on our Constitution, the right to bear arms. Thanks, sharing.

26 dead children, plus the those injured, and no footage of ambulances leaving ?? just one fire engine on site...

Yup - right on Spydaman13 - "crisis actors doing their job" - BTW the local "POLICE were the ones who "pronounced the victims (children and teachers) "dead" - that's also illegal - Only a Coroner or MD/Doctor can do that!  Also why was everyone put under a "gag order" from police, medical/ambulance personnel, and all families involved?  I did find that the Social Security Death Index website listed Adam Lanza and his mother as "dead" the day before the supposed Sandy Hook shootings.  It's all bogus BS!

absolutely no proof that anything happened that day...just some crisis actors doing their job 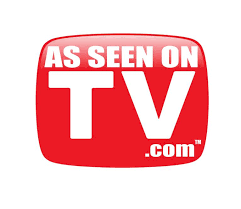 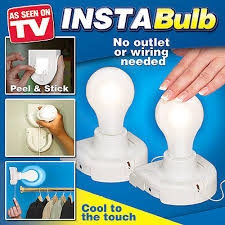 such a fukin joke

"Third greatest fraud in history. Outshined by Holohoax and Covid Pandemic."
43 minutes ago

"The epitome of pure stupidity."
49 minutes ago

Twilight Zone favorited Amaterasu Solar's discussion Would You Be Happier? - Censored Off YouToilet (9 minutes)
1 hour ago

Twilight Zone replied to Amaterasu Solar's discussion Would You Be Happier? - Censored Off YouToilet (9 minutes)
""Medical misinformation" is translated as anything that isn't in alignment with the…"
1 hour ago

Chris of the family Masters replied to Twilight Zone's discussion 53 Dead in Gibraltar in 10 Days After Experimental Pfizer mRNA COVID Injections Started
"After 5 generations of Rockefeller medicine brainwashing, it's hard to imagine that viruses…"
3 hours ago

Amaterasu Solar replied to Amaterasu Solar's discussion Would You Be Happier? - Censored Off YouToilet (9 minutes)
"Exactly.  Guaranteed They are trying to hide the fact that the "pandemic" response…"
4 hours ago

The Coronavirus does not exist. Viruses do not exist in the sense that you were told in school.tiont