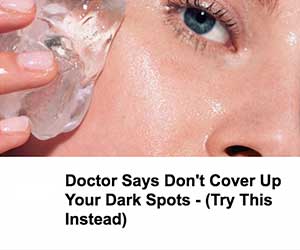 (Natural News) Many people take statins with the aim of improving their health, but these drugs come with so many side effects that they’re often not worth taking. Long under fire for their lack of results and their role in raising the risk of diabetes, yet another reason has emerged for avoiding these drugs: They can cause the deadly disorder ALS.

ALS, which stands for amyotrophic lateral sclerosis, is a nervous system disorder that causes progressive muscle strength loss that is irreversible. Also known as Lou Gehrig’s disease, it cause nerve cells within the spinal cord and brain that control your voluntary muscles to die. It may start with weakness in one leg or arm and speech changes before leading to muscle twitching and eventually preventing people from moving, speaking, eating and breathing. There is no cure, and the disease is fatal.

According to a new study that was published in the Drug Safety journal, statins could be one of the driving factors behind sporadic cases of ALS, which account for roughly nine out of ten ALS diagnoses. In the study, researchers looked at the reporting odds ratio, or ROR, of statins in relation to ALS and ALS-like symptoms. An ROR of 6 or greater generally suggests probable cause.

While the RORs for ALS were considered elevated for all of the statins studied, they discovered that lipophilic statins like Lovastatin (Altoprev) had an alarmingly high ROR of 107. Meanwhile, the ROR for Simvastatin (Zocor) was 23, while that of the popular statin Atorvastatin (Lipitor) was 17 and Rosuvastatin (Crestor) was 9.09. The researchers concluded that there is indeed a concerning connection that warrants further exploration.

Statins have lots of side effects, few benefits

If you take statins, ALS isn’t the only medical problem you have to worry about. They’ve also been linked to a higher risk of heart disease and memory loss. The most common side effects include cognitive problems, fatigue and muscle symptoms, while some people note aggression, higher irritability, and numbness or tingling in their extremities. And while they are intended to reduce the risk of suffering an ischemic stroke, they can raise the risk of hemorrhagic strokes.

Statins have also been shown to double the risk of developing diabetes. The risk is even higher among post-menopausal women, with one large study of more than 150,000 women showing that this group’s risk of diabetes rises by 71 percent by taking statins.

Statins are a huge moneymaker for doctors and pharmaceutical companies, so it’s unlikely that prescriptions will slow down any time soon. Thankfully, many people can avoid them by making lifestyle changes that will improve their health and bring their cholesterol to healthier levels. While it’s not quite as easy as taking a pill, improving your diet and getting regular exercise won’t raise your risk of ALS or any other illness – in fact, it will have the opposite effect.

The first step is adding more foods to your diet that are known to fight cholesterol. Focus on getting plenty of omega 3 fatty acids and fiber, and eat foods like oats, fish and garlic. Try to increase your physical activity levels, whether you’re going from being sedentary to taking a few slow strolls round the block after dinner each week or turning a couple of your weekly jogs into runs. No matter what you’re currently doing, there is a way to raise the intensity.

With nearly one out of every four people in the U.S. over the age of 45 taking statins, it’s important that everyone is aware of the risks posed these drugs and the safer alternatives for lowering your cholesterol and protecting your heart health naturally.

Stopped taking these half a year ago.

Their loved ones were murdered on 9/11. Twenty years later, they are still fighting for the truth.ABOUT THE DOCUMENTARYDirected by Dylan Avery and produced b...
53 minutes ago
0 Comments 0 Favorites